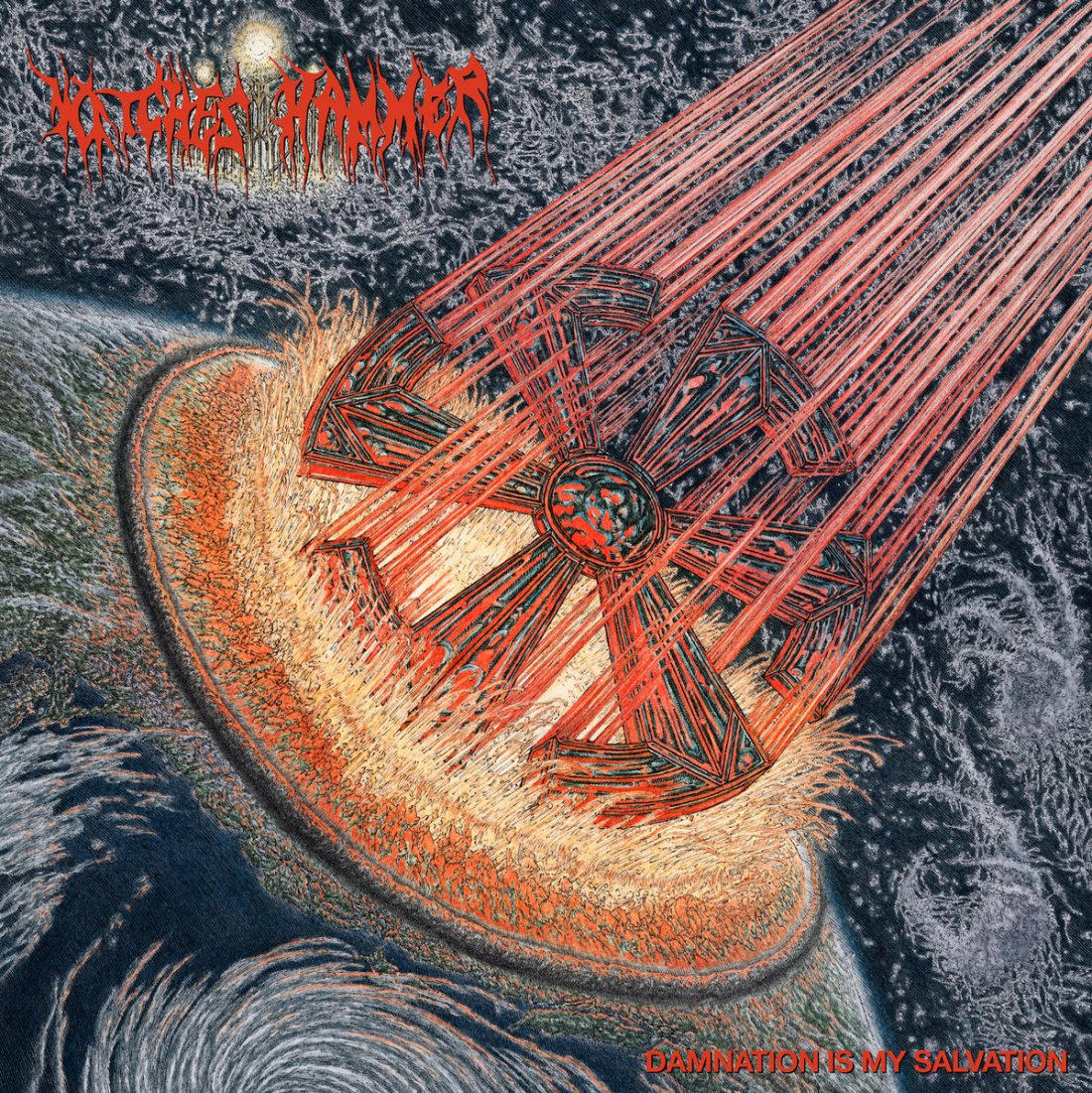 The ongoing existence of extreme metal is in its ability to constantly rewrite the rules of old styles and create new chapters of its existence. Within its limitations it can only be pushed to a certain point before it loses the element and building blocks of metal to begin with.

A predecessor to the sound rises to the peak of its worship while reviving the forgotten scriptures of underground Canadian speed metal. Witches Hammer dusts off their armaments of the apocalypse to bombard the cosmos in their triumphant return, with Damnation is My Salvation, a supersonic blitz in the form of both new material and re-recorded tracks. Speed is indeed the name of the game, and each song boasts multiple nuances to each blistering riff that can only be attained by mastery.

No strangers to the true essence of speed metal, Witches Hammer was formed by two remaining members Marco Banco and Ray Prizmic in league with his brother John Prizmic at age 14 in 1984. Now in their 50’s, the pure essence of speed is permanently engraved in their songwriting that has aged into an unstoppable beast of antagonism.
The new tracks start off extremely strong with opener “Across Azeroth”, extremely percussive guitars are backed by the fantastic and melodic drumming of Steve Shaw, a bandmate of Banco’s other project Tyrants Blood, injecting velocity directly into your bloodstream. The immediately catchy and driving riff gets your blood pumping at an infernal rate almost immediately, broken up by hyperspeed, recognizably powerful thrash and proto-death riffs peppered brief solos. 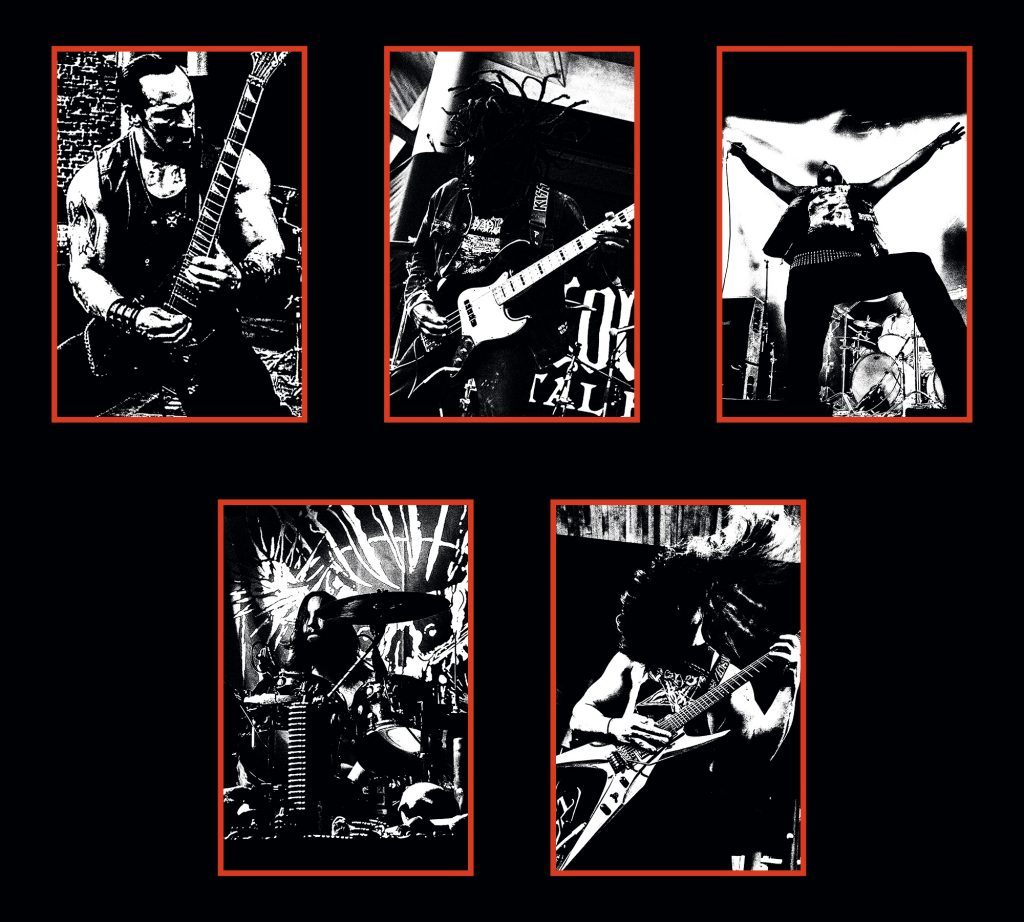 The madness is escalated after an impressive opening with “Solar Winds” (a reference to a lyric in “Witches Hammer”). Immediately the song blares a circular rhythm that is physically impossible not to bang your head to, leading into a blackened tremolo that is unmistakably infused with the spirit of late 80’s Judas Priest, boiled in the hate of battle. As the song continues, it effortlessly calls back to the first section, expanding on its structure while transitioning into continuously recognizable thrash staples played nimbly on each inflection. All the while constructing an impossibly fast stream of notes that are razor sharp. To dub each classic speed riff as “recognizable”, is not to express how tired the concept has grown, but to rather exalt these motifs into the legends that implore the masses to fall in love with metal in the first place. Hot blooded, triumphant, and powerful beyond belief, only to be pushed to its limits with continued exploration through so many years. As the song concludes with the same intense cadence as it began, it infects your brain and makes you beg for that same loop to never end.

The title track follows this formula, take a classic riff, add accents to each section that warp the tonality completely, and blast through it in the same blink-and-you’ll-miss-it pace that is pure genius. The longer progressive sections of the songs show the maturity of the playing as a drawn out melodic solo demonstrates just how far the solo sections have advanced since the 80’s. The vocals are not to be understated as well, though impressive for what seems to be standard affair, Ray’s vocals are a galaxy away from his youth, channeling aggression and rawness rather than youthful barking, it completely changes the experience. The new tracks close, maintaining the feeling of driving an invincible hearse at light speed, incinerating everything in its path with white hot molten steel, invigorating every sense. Moving into the re-recorded tracks, “Frozen God” and “Witches Hammer” now split into two, sound just as raw even with their new quality, with Prizmic’s new vocal style perfectly complements the callous onslaught. Although still carrying that mean mugged rock and roll style and attitude-provoking, speed metal sleaze. All three tracks are re-recorded flawlessly, thick with the vitriol and vigor of the teenage energy and birthed Witches Hammer. The ultimate being “Deadly Mantis”, where the vocals are closer to original recording, but more in the vein of a grisly snarl a la Sadus. A bombardment of razor sharp speed riffs filled in with sweltering solos throughout, a raging slag storm driven by concrete winds. Concluded by the intensely bestial “Nine Pillars”, a track that’s doomy introduction is reminiscent of Banco’s past in Blasphemy, the breakneck riffs are absolutely meaty, finishing the album with a sinister battle march. 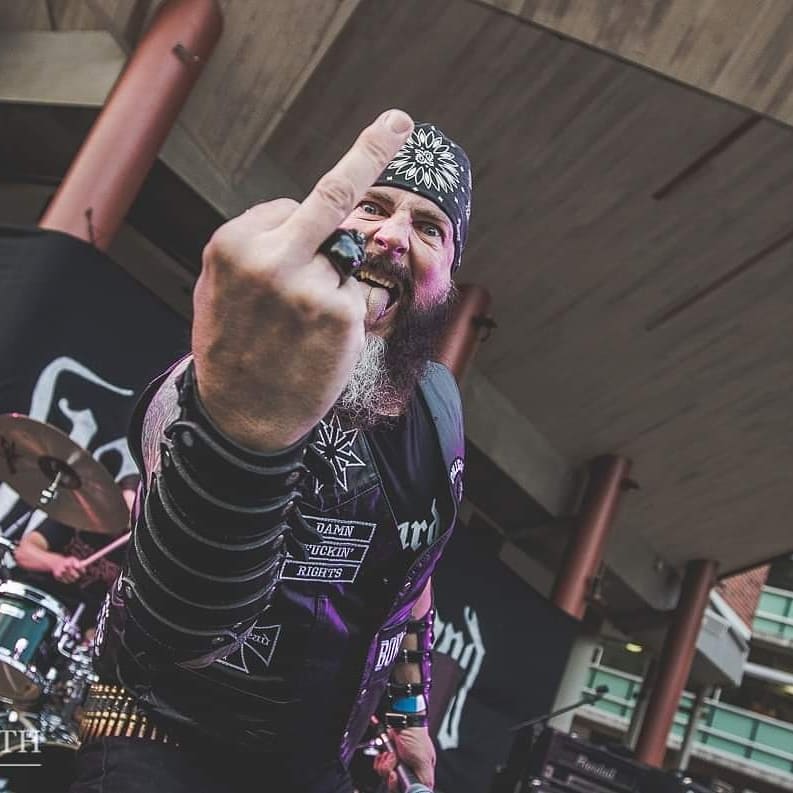 Damnation is My Salvation fills a hole that has been recently been left in extreme music, bridging the gap between first wave black metal and speed metal, a missing link from the progenitors of the genre. It has an unmistakable energy, in the literal sense, a kinetic energy that is incredibly infectious, carried by insanely catchy song writing and proficiency within the genre that Witches Hammer will be an irreplaceable part of. Not every release can be blessed to be a true underground secret revamped into perfection, yet Witches Hammer is living proof that resurrection can be the essence of evolution within the confines of extreme metal, a genre that only grows as it ages.