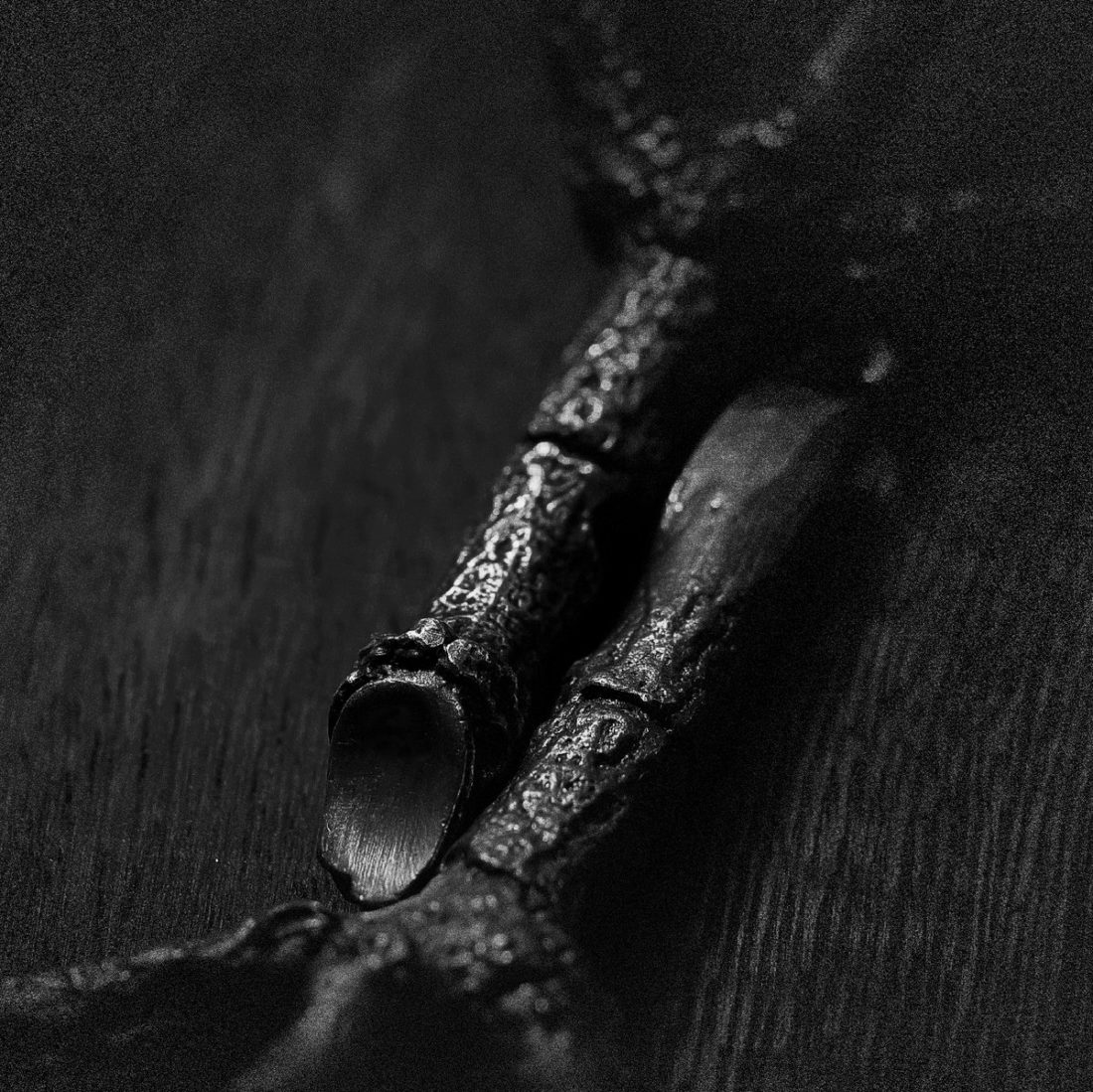 Trepaneringsritualen, for anyone who’s been following the darkest corners of the post-industrial underground over the last fifteen years or so, needs no introduction. Building up a reputation for their punishing live performances, pounding rhythms, heavy-as-fuck bottom end noise, and lyric-driven orations of apocalypses, bringing back to mind some of the raw-as-decaying-meat moments of groups like SPK, NON, or even In Slaughter Natives. However, this time around Mr. Ekelund has decided to take a subdued route this time with a very minimal ritual ambient release.

Simplicity, desolation, and sparseness is the approach this time around, as a near-complete departure from the straightforward industrial assault previously developed over their last two records. ᛉᛦ — Algir; eller Algir i Merkstave is a collection of unsettling sounds, sparsely placed chimes, whispers, horns, something resembling a waterphone, and deep bassy drones carried out in two ordeals, each being exactly 19 minutes long. Whether or not that would turn off fans of their more vocal work, it really speaks more to the primal ritualistic elements of the band’s genesis. Throughout the record, the sense of tension and encroaching fear never leaves, as our instinctual sense of unease is triggered by our natural reactions toward high and low frequencies of sound, that same sense of inexplicable queasiness we feel when hearing certain unexplained sounds in nature or haunted areas, setting our teeth on edge. 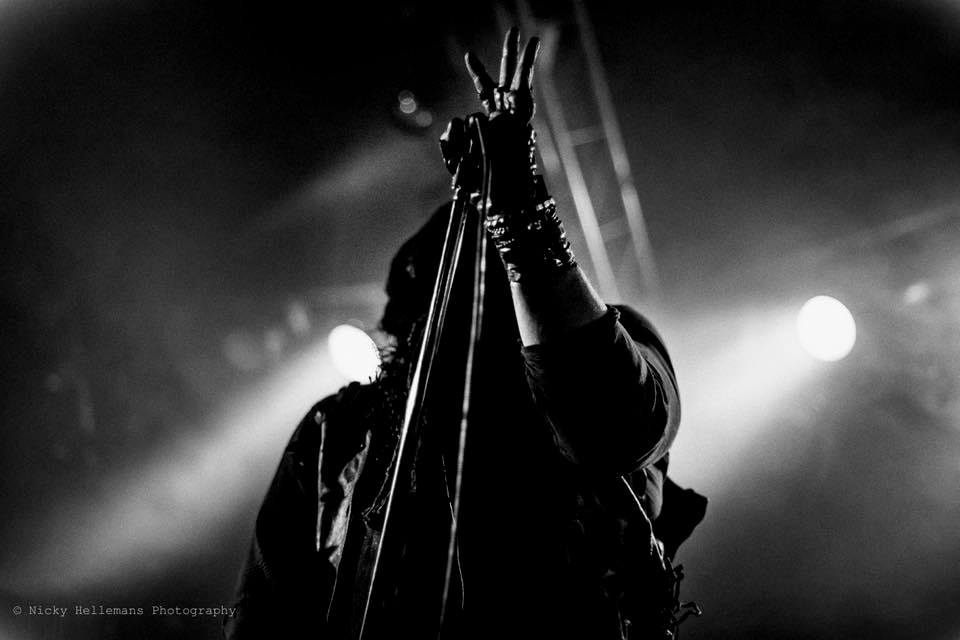 The second half turns more toward elements of tranquility and gives off a general atmosphere of rebirth, after experiencing “death” in the first half. Towards a new plane of experience, yet having to go through pain and fear in order to emerge on the other side. After experiencing the overpowering darkness of Deathward to the Womb, the relentless hammering of Perfection & Permanence, or the slight nods to industrial accessibility in Kainskult, this really doesn’t resemble much of TxRxP’s other works, but feels like a new piece of the mosaic being filled. This is a multidimensional beast with so many sides to their mystic view of the world and the darkness lying just beneath the veil to explore and be expressed. It will be interesting to see what next turn their journey takes in their ever evolving excursions into the murky caverns of existence. 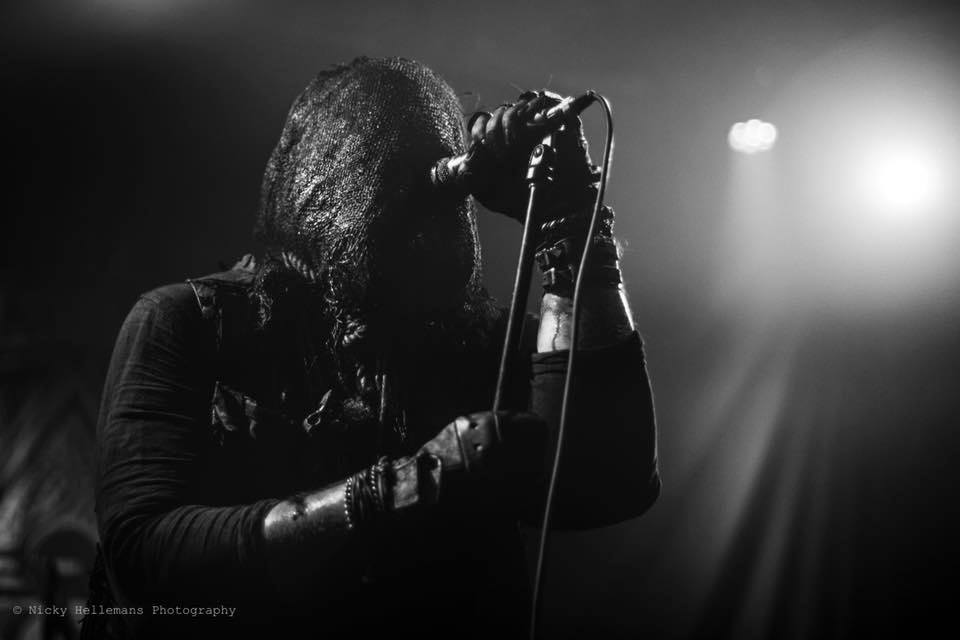 As we head into the autumn season after having the world set on fire the last few months, this release provides the perfect soundtrack for settling down into some place dark, letting the shadows overcome your thoughts, and peering anew at new possibilities for the future as one who rises from the ashes, and still hasn’t lost their lust for the fire.

Released into the wild by COLD SPRING RECORDS on CD in 6-panel digipak and Limited first edition LP of 500 copies on 180g black vinyl.