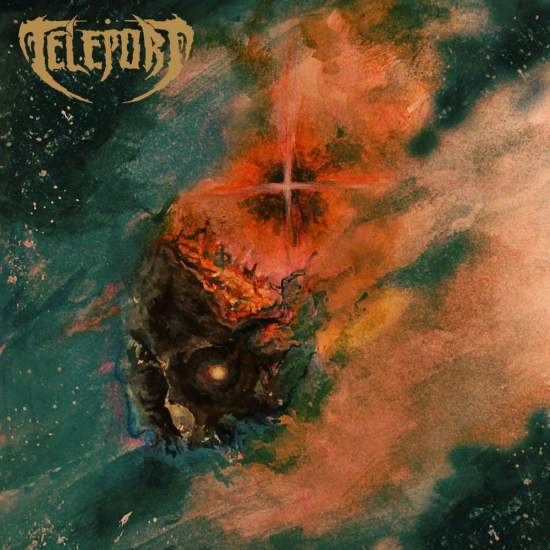 For the creative mind, sometimes ignorance or lack of comprehension breed the most original ideas. Where there are no concrete facts, neither is there anything to weigh at the heels of inspiration, no definitive answers to questions that serve only to open fresh vistas of thought, and no boundaries. As we have come into the 21st century, there is little that is not known regarding our inconsequential home we call Earth. Science has come to a point where nature is all but naked before us, and we have largely become jaded to her wonders. So where do we go from here? Kirk had it right when he spoke those iconic words: “Space, the final frontier…” and though he was referring to literal stellar expansion, his words ring true in the minds of earthbound artists, particularly those four Slovenian necronauts in the band Teleport.

Taking the death metal genre and sending it from the serial killer’s basement, up and out into cosmic reaches unknown, Teleport are yet another fresh group of musical explorators attempting to capture the weird and unearthly in a sonic medium, among other boundary pushing groups like Blood Incantation and Gorguts. The band has been around since 2010, releasing an array of demos that have catalogued their metamorphosis into a fine tuned, incredibly complex machine, thus far culminating in The Expansion. 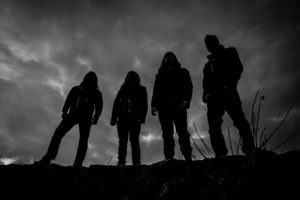 Though yet another short release, the three songs that make up The Expansion are expansive and grandiose in scope. Like some kind of hyperspatial anomale, it is mind boggling that Teleport can jam so much progression and complexity into songs not reaching 10 minutes. For instance, the demo’s namesake, “The Expansion”, is 6:17, yet by the time the song ends, the listener feels as though they’ve just traversed whole nebulae. This musical density is due to the demoralizing proficiency of the band. Traces of jazz are infused with the scathing speed and ferocity of death, seamlessly merging into vast tapestries.

Though Teleport are undoubtedly death metal, the music is not preoccupied with being overtly fast or even all that brutal. The real power in The Expansion lies is the interlocking strands of instrumentation that are constantly in a state of change and evolution. The drums, in particular, create an unerring framework of non-euclidean enormity, changing on a dime from blast beats to subtle flourishes and cymbal work that lurk beneath the ray – like crossfire of the guitars’ alien dissonance. In this, Teleport are not easily digestible, even for a technical death metal band. Much like a Deathspell Omega, the levels of dissonance and unconventional play will take even the most stalwart listener by surprise, demanding many subsequent listens to truly grasp the many threads present in the songwriting. To both their credit and detriment, there is not much room left for headbanging simplicity. Rarely does the listener ever find a moment of comfort or familiarity, constantly put off balance by the labyrinthine trajectory of Teleport’s incredible musical capabilities. 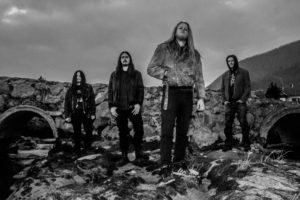 While Teleport are but one of countless other bands to attempt to emulate the great unknown of space, they are undoubtedly more successful than most in emulating its mystery and unfathomable nature. The Expansion displays a band at a point of refinement and proficiency, that we can only hope a full length is on the way.

EDGED CIRCLE PRODUCTIONS is proud to present TELEPORT’s The Expansion on CD format. Originally released on cassette by Caligari Records tape during the autumn of 2018 but selling out extremely quickly.