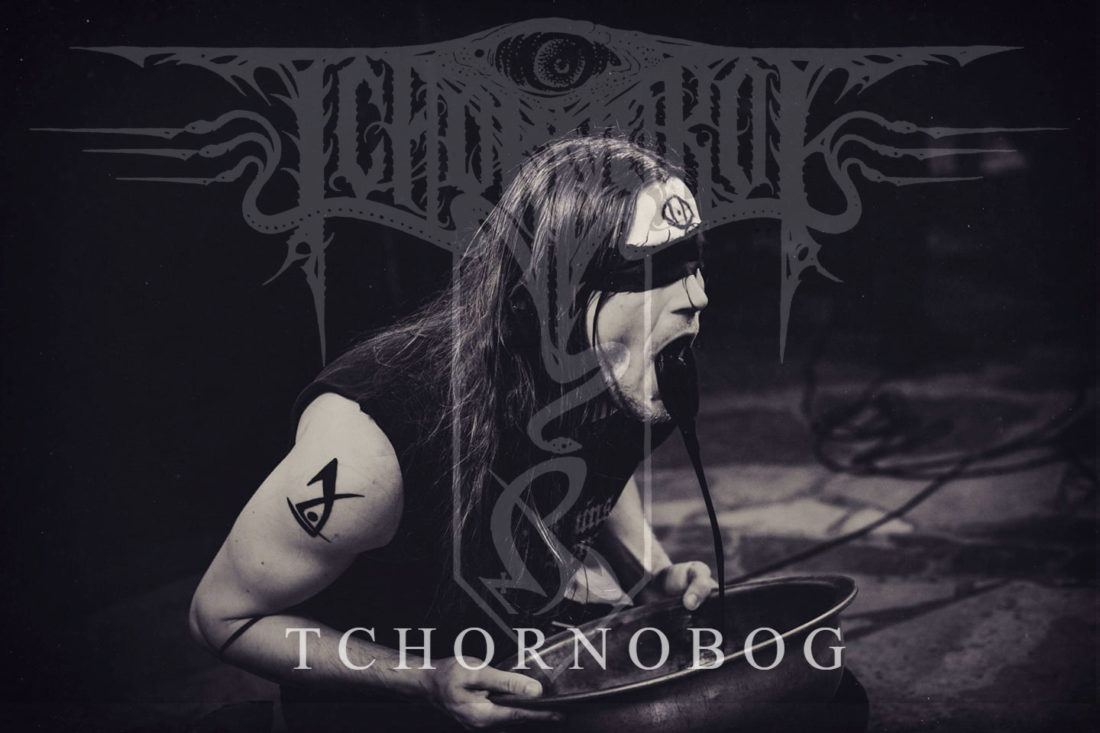 An individual’s perception of the world around them plays a foundational role in all that they are and, in turn, what they do. But what it is that we process, and to what degree, varies with every one of us, as individual brain chemistry is as particular as a fingerprint. Such is the beauty, or utter horror, of our own organic makeup, and what feeds into our feelings of individuality: a lack of absolute boundaries, consistency, or what we know as logic. Our sensory experiences entangle one another, influence each other, like characters all their own. It’s this tendency for rampant micro-mutations of the brain, also known as synesthesia, that has served as the impetus for many an artistic impulse.

The black creative heart of the cancerous spawn that is Tchornobog, Markov Soroka, drew the eyes and ears of the extreme music world back in 2017 when the band suddenly emerged with its self-titled debut – an all consuming maw of creative vision, whose sound was as bizarre and nebulous as it was strangely natural.

It felt right, especially when augmented by its stunning visual and lyrical direction, which all fed into one another in a perfect union, driven by Soroka’s own neural crossroads. “Sound and color have an intense place in all that I am.” Soroka explains. “It’s inexplicable at times, but certain noises bleed various colors in my head like a melting panorama. These colors transfix themselves in scenery, landscapes, scenarios.” This tendency for association between senses is by no means rare. In fact, nearly every person has their own particular coding for their reality. “The most common example I can think of is folders. In the typical school systems of America and the world, our schooling was divided into subjects, and often was the case that we had different “colors” for different subjects. This also happened with me, as math is red, science is blue, geography green, and so on.” 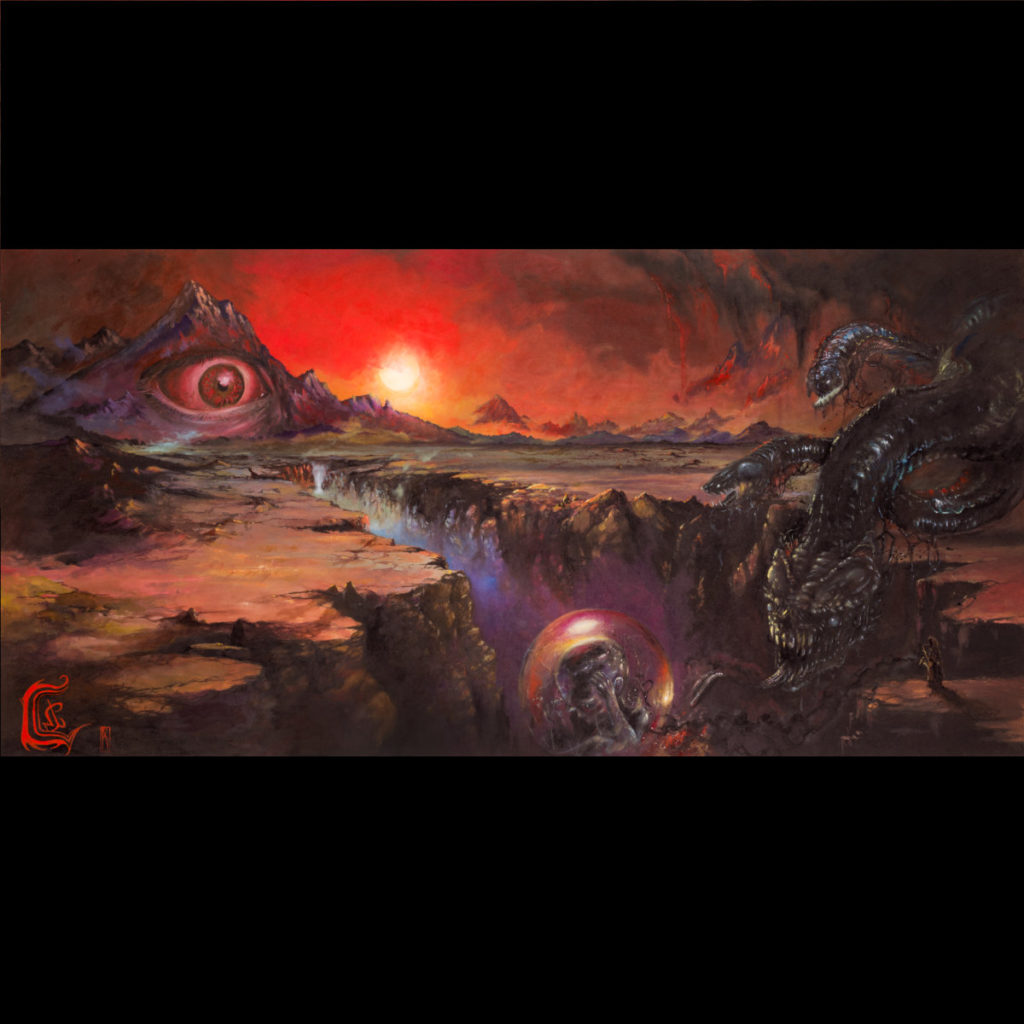 A bizarre phenomena of the brain, synesthesia is not uncommon; however, Soroka has not only recognized his own peculiarity, but has come to grasp it like a medium in and of itself. “For me in particular, as mentioned above, this phenomenon manifests itself in my head as color through sound. At times it’s obvious: Sacramentum’s Far Away From The Sun is a very foggy blue that turns into a night into a far away forest on top of a mountain overlooking a river. The best way I can describe it further is that when I hear sound, it’s as if a sonic ‘clay’ is being molded in my head, slowly. The more I meditate on it, the more it becomes a sculpture or some monochromatic being.” 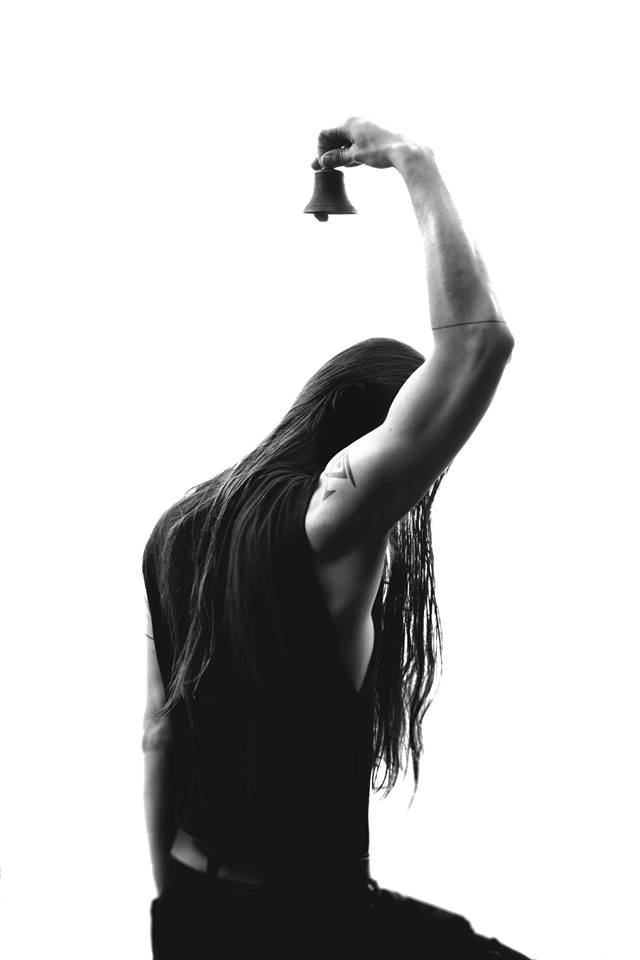 The comparison to clay rings true in Tchornobog’s sound, which flows like a semisolid entity in the midst of perpetual transformation, and due in large part to the production, the many parts that go into each song feel as one conglomeration. The lyrics, too, mimic the nature of the music in its ceaseless onset of feeling that abandons logic shackles. “[The lyrics are] very much a stream of consciousness.” confirms Soroka, giving credence to lines such as, ‘sensory overload nightmare’ or ‘lungs replaced with eyes’. 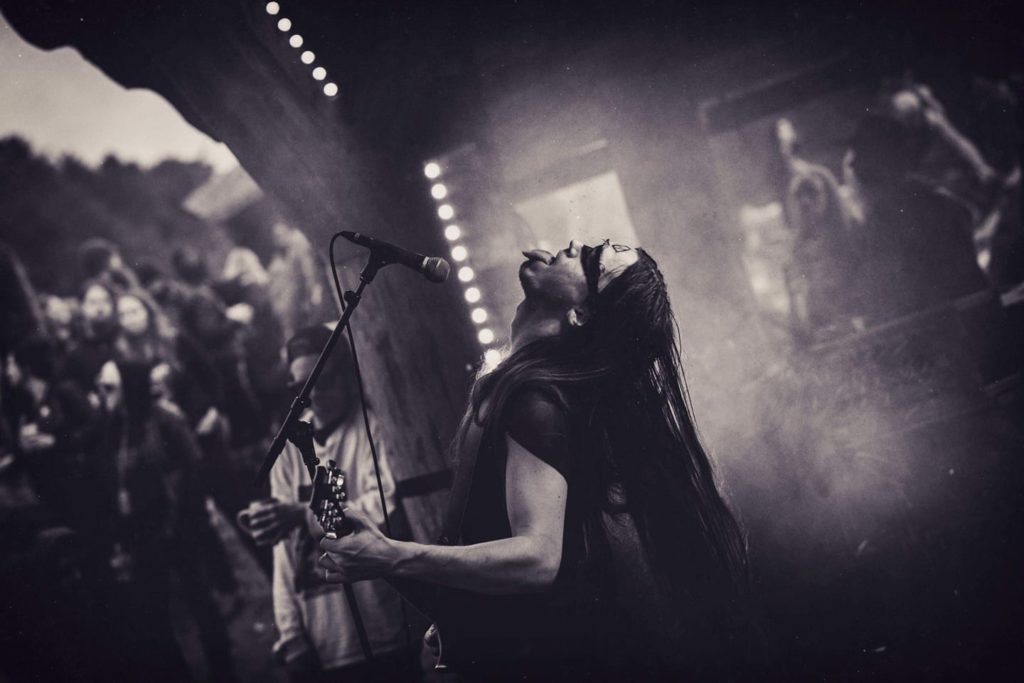 “Tchornobog was an entity born through intense fixation of anxious mentalities that was wrought from a red/orange “clay” that slowly morphed to have slimy, black edges. It is as if the landscape, which is not of this world, was slowly being eaten by the blackness.” As Soroka illuminates his frame of mind, the gorgeously apocalyptic cover art for the album, by the master, Adam Burke, becomes more than simply a visual to compliment the music, but an extension of the music itself. “Red is a multi-faceted color to me, in regards to emotion, and the ones it touches on are quite easily explained: love and anger, frustration. These meditations, over the course of nearly a decade, were plucked from the impetus that was the “Eternium” project, and this is how the project came to be.” 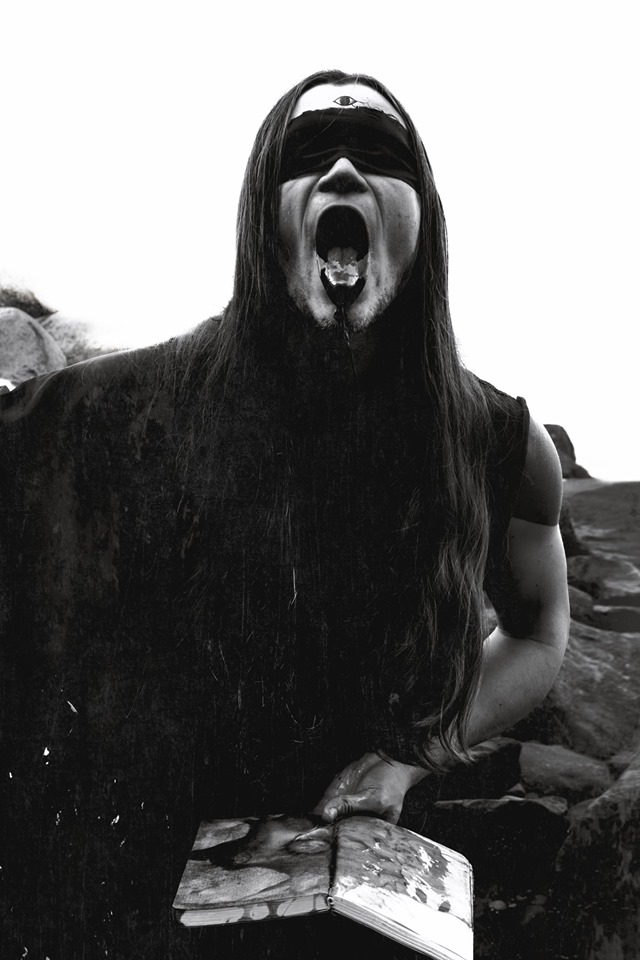 Sound is color, is emotion, is phrase. Like a neural web, the many disparate elements of Markov Soroka’s own existence inform one another, and in turn, his art. Perhaps it is his awareness of his own brain chemistry that has made Tchornobog a truly striking work that feels as fresh as it does intensely horrific. And much like a mutual relationship between two organisms, Markov and Tchornobog feed into each other in a profound, cathartic way. “[Tchornobog is] a means to expunge demons and anxiety, which is quite common in this genre. Love and anger, often when together, a vehicle for existentialism, and is the red core of the project. The fixation on these emotions and color created an introspective, almost bodily type of foundation for the project, and this is what I try to explore with this.”

Witness Tchornobog in the flesh at Covenant Festival V, July 5th in Vancouver BC. And be sure to dive deeper in Markov Soroka’s prolific & demented world …