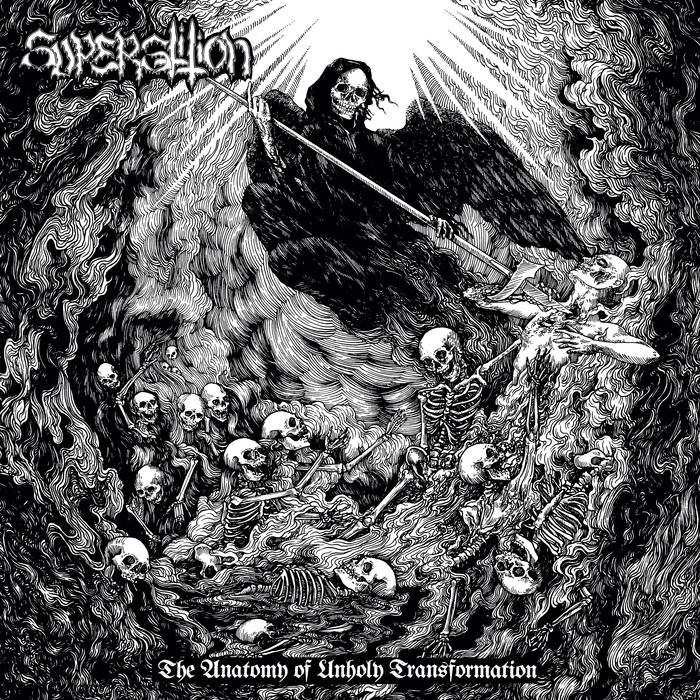 Beyond the dark caverns of death, the dark and flesh like caves of disease that prevail in death metal as of now, a new ferocious form of bereavement dawns over the blood red sky. This spectre goes by the name Superstition, a powerful apparition that brings plagues by a fiery wind that peels flesh from bone. Instead of relying on the grimey, bass-infused style of death metal, Superstition assaults you with a blackened thrash attack that carries the stench of burning flesh and earth.

Each riff on The Anatomy of Unholy Transformation is a transcendent dance of violence, constantly weaving in and out of a storm of chaos that evoke images of grand war. Unholy Transformation is a fitting title for this absolute monster of an album, as Superstition transcends into a new territory of mastery all their own. Remaining ideas from previous release Surging Throngs of Evil’s Might can be heard, but are vastly improved upon as the riffs are now majestically braided together distinctively to create a punishing atmosphere. Not only has the playing improved drastically, but the production shines with a crisp and clear sound. Shedding the murky demo-like quality of previous albums, (although a sound that can be desired), the cleaner production ultimately aids in the cutthroat riffing and razor sharp delivery. 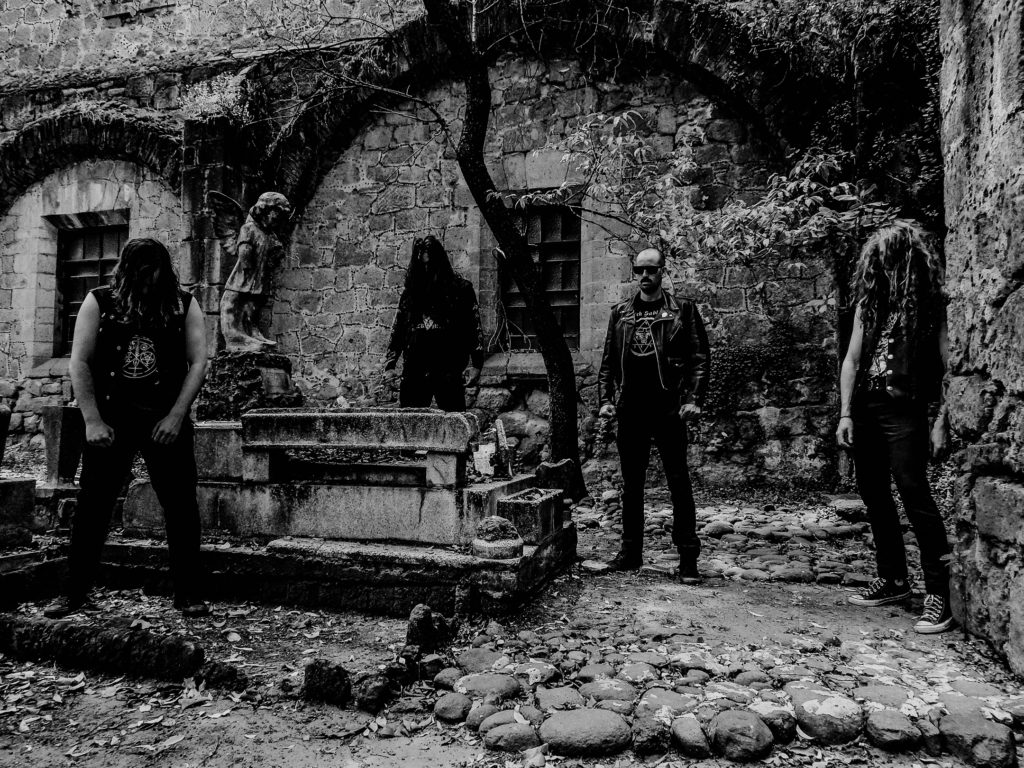 Superstition commands ideas previously set in place by bands like Aura Noir and Voivod and dispenses them like a stab-wound full of cruelty and malice. Each track melds into each other judiciously, broken up by uncanny keyboard dirges, invoking the spirit of wicked mutation metamorphosing the album into a grand opus of pestilence. “Torn in the Outer Lands” and “Unreclaimed Blood (Phantom Swarm)” are both stand out tracks, one not complete without the other, though despite clocking in at just over 4 minutes each lock you into a trance with a maze of guitars, transforming a relatively short journey into what seems like a 20 minute epic as you get lost and remain dumbfounded by the barbarous incursion.

Superstition’s own transformation is unprecedented, commanding your attention to recognize them as one of the leaders of the genre. It’s almost hard to believe that they are even the same band as they were just one year ago. Kyle Morgan and crew bring past prowess of black realms from foregoing projects Ash Borer and Vanum, two bands at the forefront of the American black metal scene, and infuses it with death metal sensibilities like descending hammer-ons a la Cannibal Corpse, and an impeccable thrash metal punch. To understate it to such simple influences is a distortion of their true might, as Superstition will quickly find their way to the spearhead of death metal as a whole with a completely unique sound that cannot be ignored. 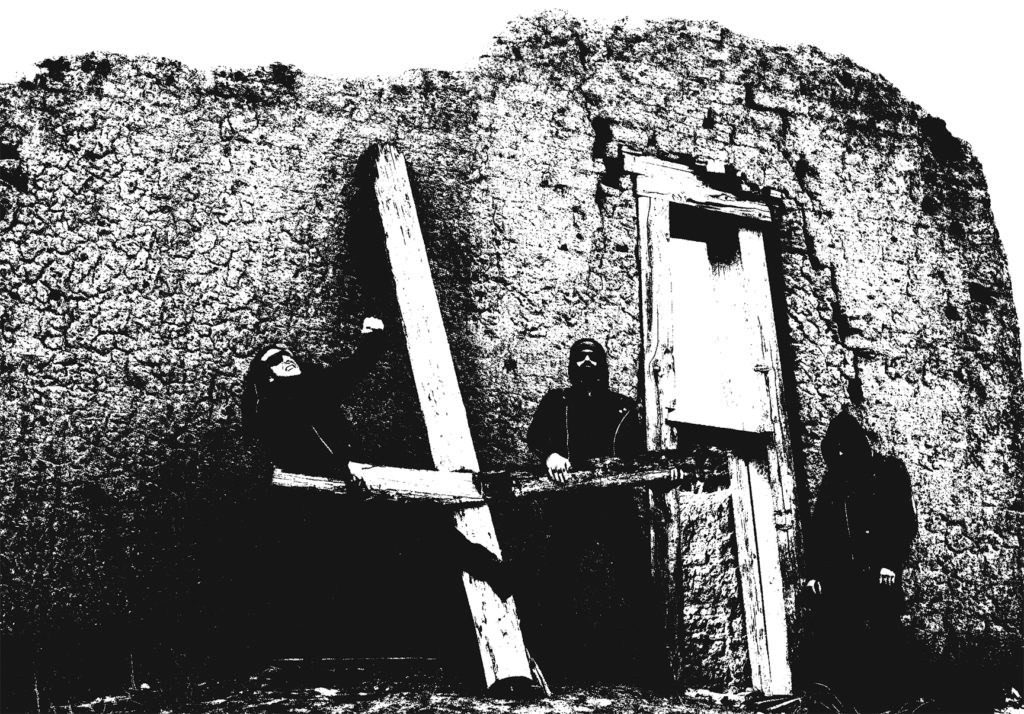 The black winged messiah spreads their wings over the putrid wasteland, and a sky stained red with flames will echo with the sounds of Superstition.

Be sure to catch Superstition’s devastating presence at Covenant Festival V this summer in Vancouver!