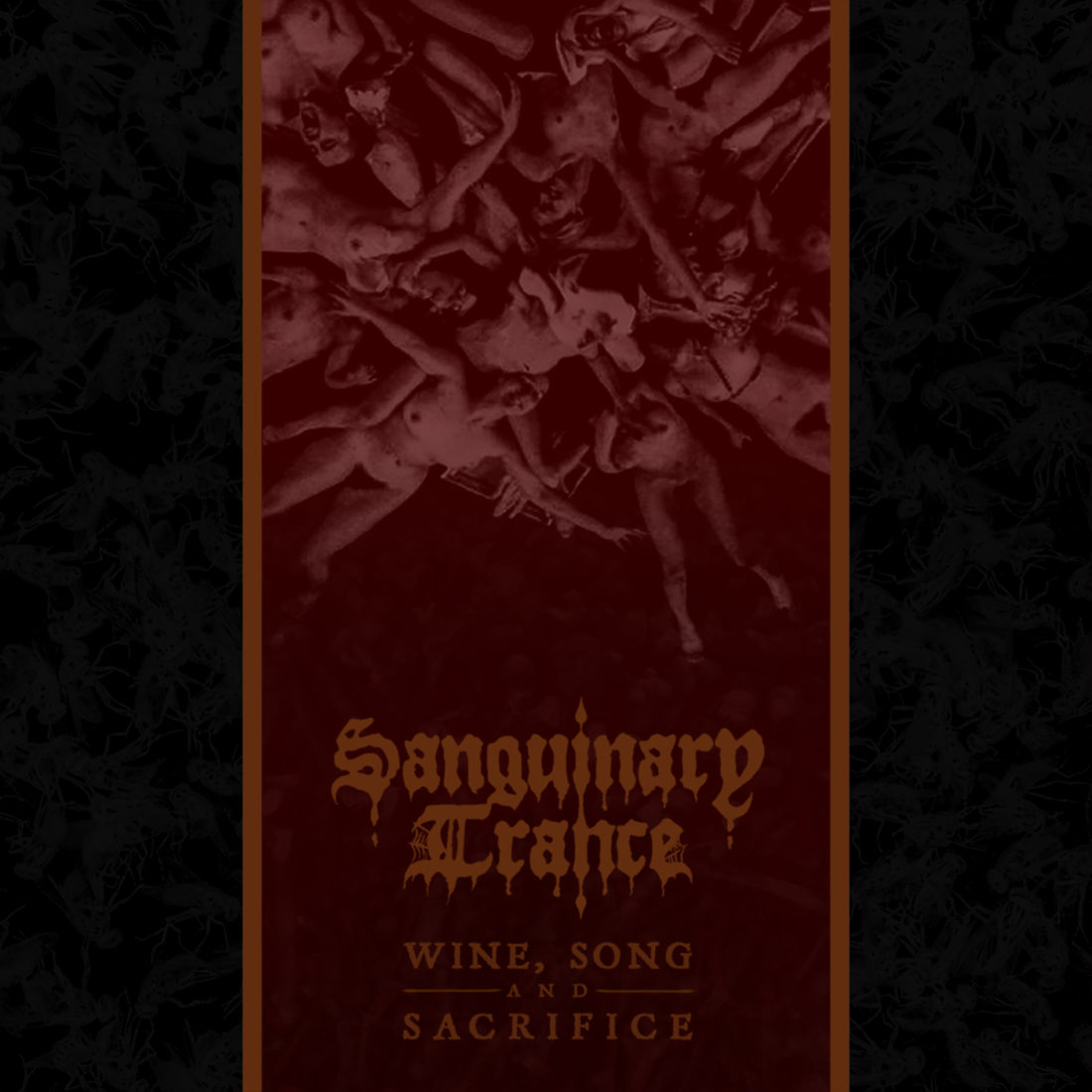 Sanguinary Trance first emerged out of Vienna, Austria in 2013, taking several years to carefully craft their sound into the dissonant, black metal barrage heard on their first release in 2018. Aptly titled Wine, Song, and Sacrifice is the soundscape of a profane odyssey steeped in ritualistic expression. The band itself is a one-man project lead by an anonymous mastermind and featuring guest musicians including guitars credited to Lanz and session drums by S. Spulak. Each of the three tracks constitute a unique offering, bound together by a dense atmosphere and traditional black metal style. What then sets Sanguinary Trance apart is the drive and ability of the project to weave sparks of the baleful, grotesque, and sometimes mystical, into the energy of each track for a visceral listener experience. The music of Wine, Song, and Sacrifice has the depth to be both felt and believed.

Like much else on this release, the vocals take the form of shrieks and occasional growls that respect a second wave black metal methodology. Chimes are featured throughout the first titular track and then again in a haunting regression at the end of the final song. Their lilting clink serves as a secondary percussive focal point, while contributing to a looming atmosphere of unholy reverence. Abrupt silence, flickering pauses, and slow points sometimes whittling down to a single note are used to build tension- to great effect- before plunging back into a dizzying fray with a fresh sense of gravity and trepidation. 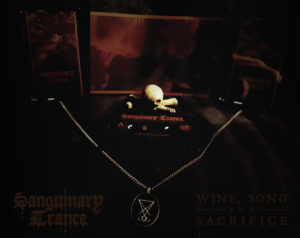 The opening track is a monstrous horror in excess of thirteen minutes, providing an epic showcase of what Sanguinary Trance are capable of. Sinister droning melodies wax and wane, dragging onward through a progression of riffs each more pernicious than the last. Then, “Carvings”; One word, conjuring quivering imagery from the fleshy to the earthy. At under six minutes in length, this track signals a return to a comparatively more traditional song structure without relenting the rabid ferocity on display thus far. The riffs to be found here are spindly, spiraling, and precise, creating a mood of apprehension and dread while unwinding towards a fated, inevitable peril. Beginning with its title, “The Dionysus Whip” establishes a duality between indulgence and discipline that is reflected throughout the song. Chaos blends with interludes of structure and repetition, then layers and expands in a cyclical return to turmoil.

Sanguinary Trance has succeeded in crafting a fiery innovation of violence and fervor, heightened by unrelenting tangles of atmosphere and melody. Wine, Song, and Sacrifice establishes Sanguinary Trance as a name to watch out for – and has all the makings of a foundational predecessor to great and wicked works yet to come.

“Wine, Song and Sacrifice” was crafted between late 2017 until mid 2018, and is available via the band’s Bandcamp page. The sole member behind Sanguinary Trance prefers to remain anonymous.