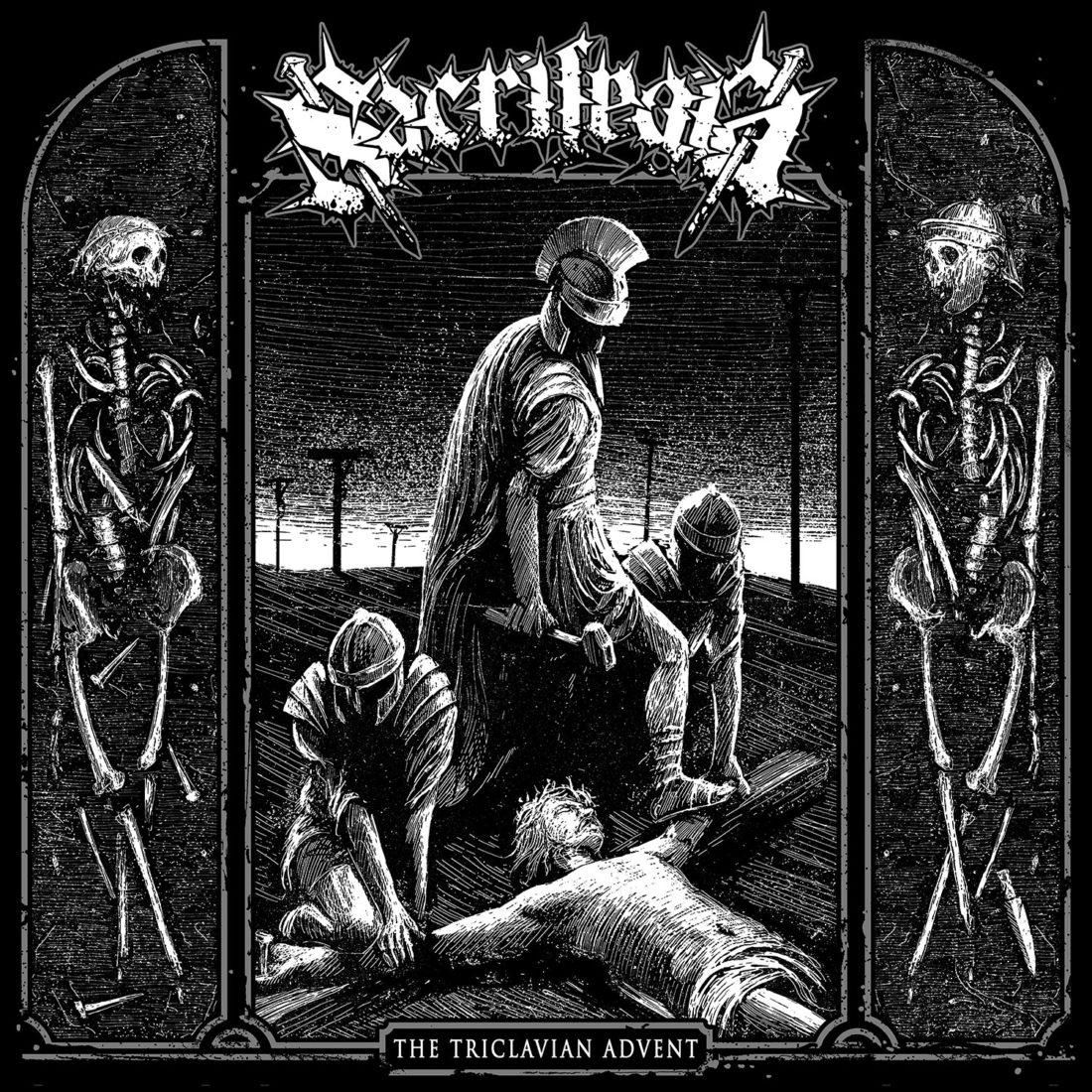 Cut from the fertile Irish bog that has produced Malthusian, Unyielding Love, From the Bogs of Aughiska, and Vircolac in recent years, Dublin trio Sacrilegia offer up a furious half-hour of no-frills, no-mercy blackened thrash via Invictus Productions.

Masterfully recorded at Devil’s Mark (Destroyer 666, Demonomancy) in the eternal city of Rome, The Triclavian Advent is a pummelling debut record that only ever tightens the leash with the occasional mid-tempo deathmarch. Opener “Relics of Oncoming Doom” charges out of the speakers like a sledgehammer through a tombstone; anyone who fails to heed this warning will be trampled under hoof by the equally-ferocious “Beyond the Fouler’s Snare” and “On Herding of Swine.” 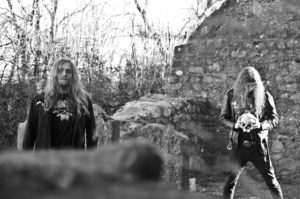 Unashamedly channeling the spirit of Possessed and early Bathory, The Triclavian Advent displays a talent for crafting rabid, snarling music without entering into the realms of mind-bending song structures, suffocating riffs, dissonant leads and atypical time signatures. Everything on this record is designed to keep heads banging, and “The Unhallowed,” with its early Slayer-esque riff, is the epitome of this. At three minutes it squeezes maximum efficiency from a verse-chorus arrangement packed with intensity, asking no questions and taking no prisoners. 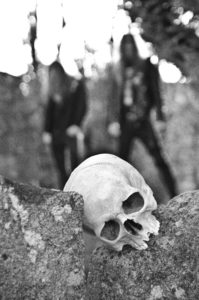 The savage closing pair of “Unheeded Warnings” and “As With Spears We Come” is devastating, despite the latter ending on an anti-climactic fade-out just as it is hitting its stride with another crushing riff. Sacrilegia can now add an unforgiving studio effort to a growing live reputation, earned in just four shows since debuting last June as a late replacement at an Invictus anniversary show. Rounded out with some excellent artwork from Chris Kiesling (Sargeist, Uada, Sadistic Intent), The Triclavian Advent is a frightening debut and a harbinger of exciting things to come from a band who have just elbowed their way to the top table of Irish metal.