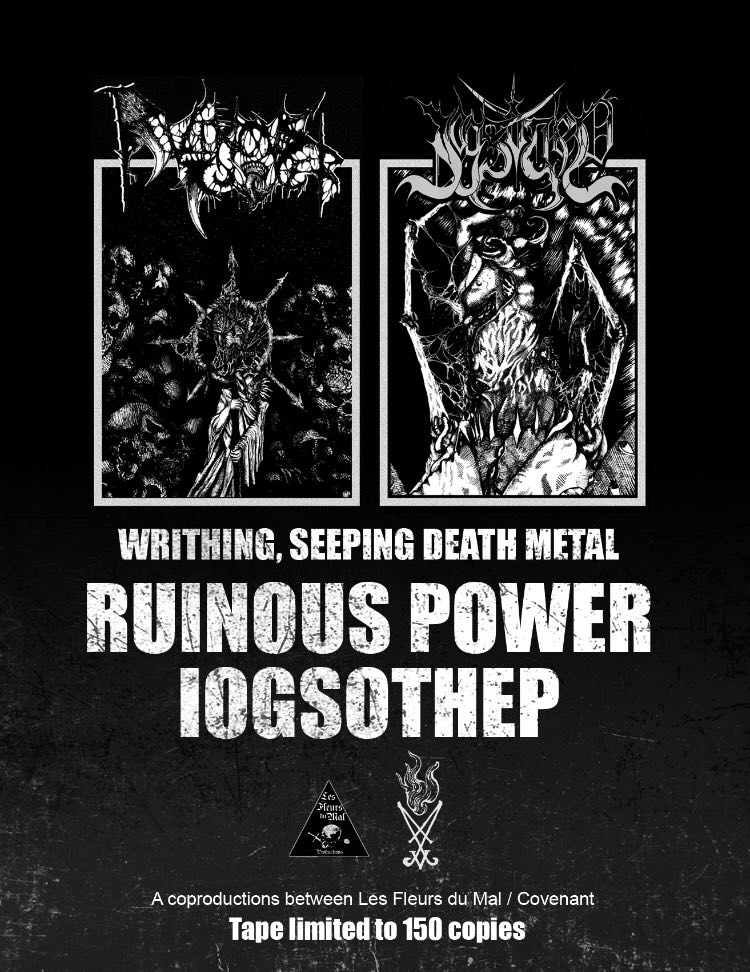 It is at this moment that Covenant, in association with Les Fleurs Du Mal Productions, arrogantly unleashes the unheard of twofold plagues of RUINOUS POWER and IOGSOTHEP on to this pitiful world of mortals.

Drawing strength from beyond the realms of flesh and blood, Ruinous Power wantonly rampages into being with hatred for all life. Taking no influence from anything and with a complete disregard to the listener’s enjoyment, the band roughly sounds like late 80s Floridian death metal played by escaped, mutating, half-disemboweled inmates. Don’t take our word for it, turn on BUTCHER’S NAILS and let the cerebral bleeding commence.

The abhorrent manifestation of the key and the gate, Iogsothep (yog-so-thep) raises the ancient ones from their slumber with a fanatic zeal. Where their splitmates are unhinged and dangerously violent, Iogsothep’s chaos is a controlled one, featuring razor-sharp playing, and ruthless vocals. IA! IA! CTHULHU FTAGHN!

This vile split tape is a co-production between Covenant Records and LFDM Productions, limited to 150 copies. Available on physical format April 2021!