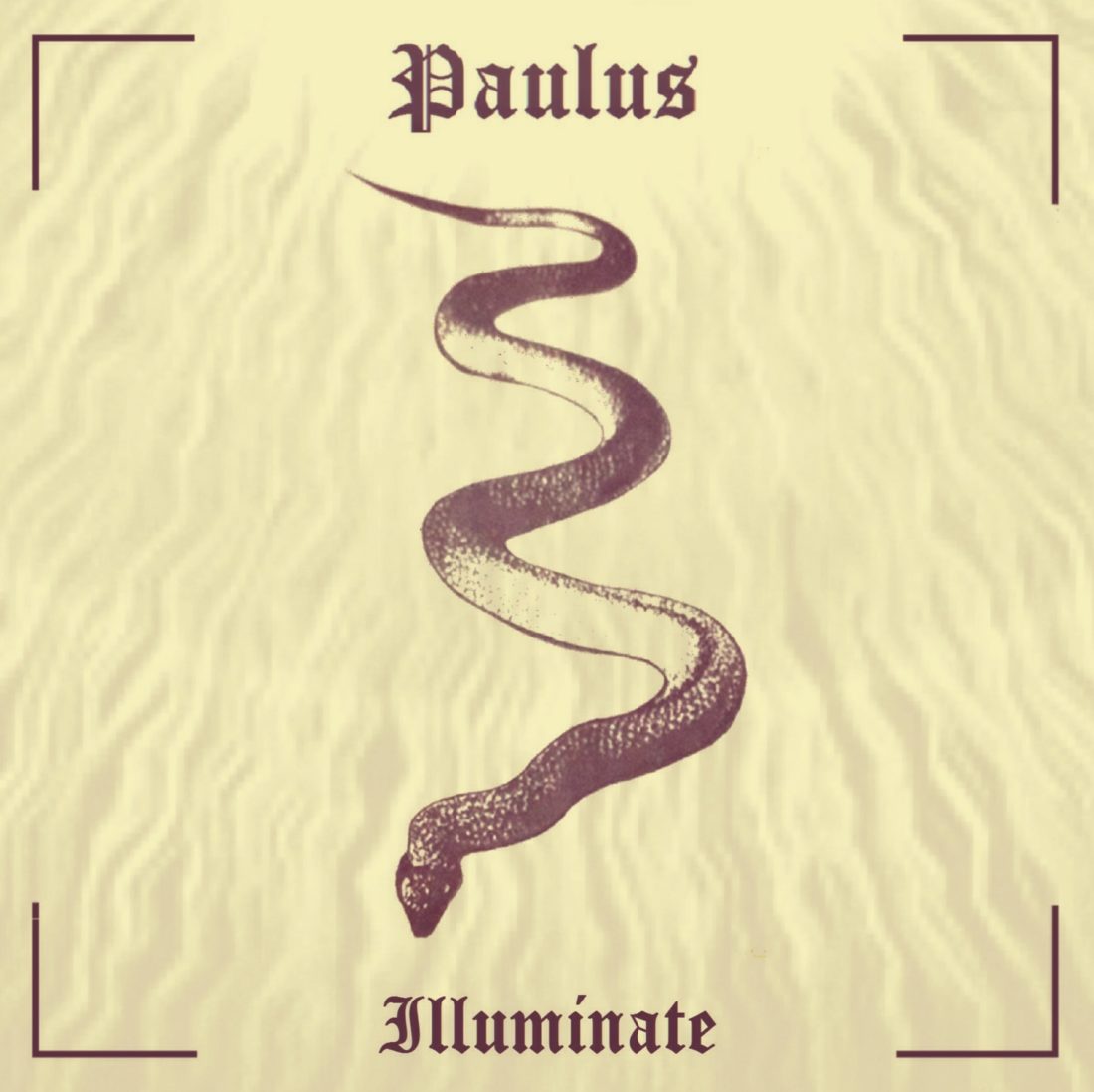 Revealing great personal artwork cracks oneself open like an alchemical egg. An incubation of creative magick flows forth like a golden yolk, touching those with eyes to see and ears to hear. This bearing of the soul not only transforms the self inexorably, but also presents the raw power to transform others.

And, it is nothing short of transmutation that we find on the 13 tracks comprising Illuminate, the inaugural release from Paulus. The shadowy figure known for works of pure malice and mystical madness (Rites of thy Degringolade, Amphisbaena, Warmarch, ex-Weapon) has torn himself asunder to release an inner light of ascendance. Completely recorded and performed individually, just accept that you are simply unprepared for the potency that awaits on this conduit of spirit! Please, willingly fly too close to this sun and burn up in its holy fire.

Paulus’s personal songbook falls somewhere at the crossroads of ecclesiastical neofolk, raucous chantey, bombastic ode, and operatic hymnal – all with a sensibility never heard in this kind of music before. Any semblance of loaded tradition or style is razed in favour of a completely personal, singular approach. Of course, there is a darkness that weaves its way through the layers of unbridled triumph, touching sentimentality, and joyous defiance more prominently on display. As the shadow side can never be silenced, it is heard loud and clear throughout the entirety of Illuminate. 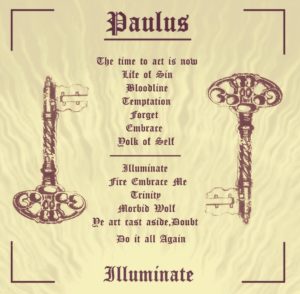 Above all it is the voice that commands centre attention in this perplexing procession. At times it dramatically and audaciously orates, blasting bewildering operatic lines and declarations; and, at other times, it expresses a depth of inner honesty so rarely heard, especially from a voice so literally rarely heard on recording until now. Each annunciation carries a visceral potency that drives its message directly into the heart like a blade of will.

Paulus’s music will undoubtedly appeal to fans of Death in June, Current 93, and Cult of Youth, but there is a deeper dimension here that simply has never been breached until now. It is a singular sound as such that sets the soul ablaze and immolates doubt and stagnancy. Forget all you know and set thyself free, for the time to act is NOW!

Available now digitally through Covenant Records on all streaming sites and through the Paulus bandcamp page.