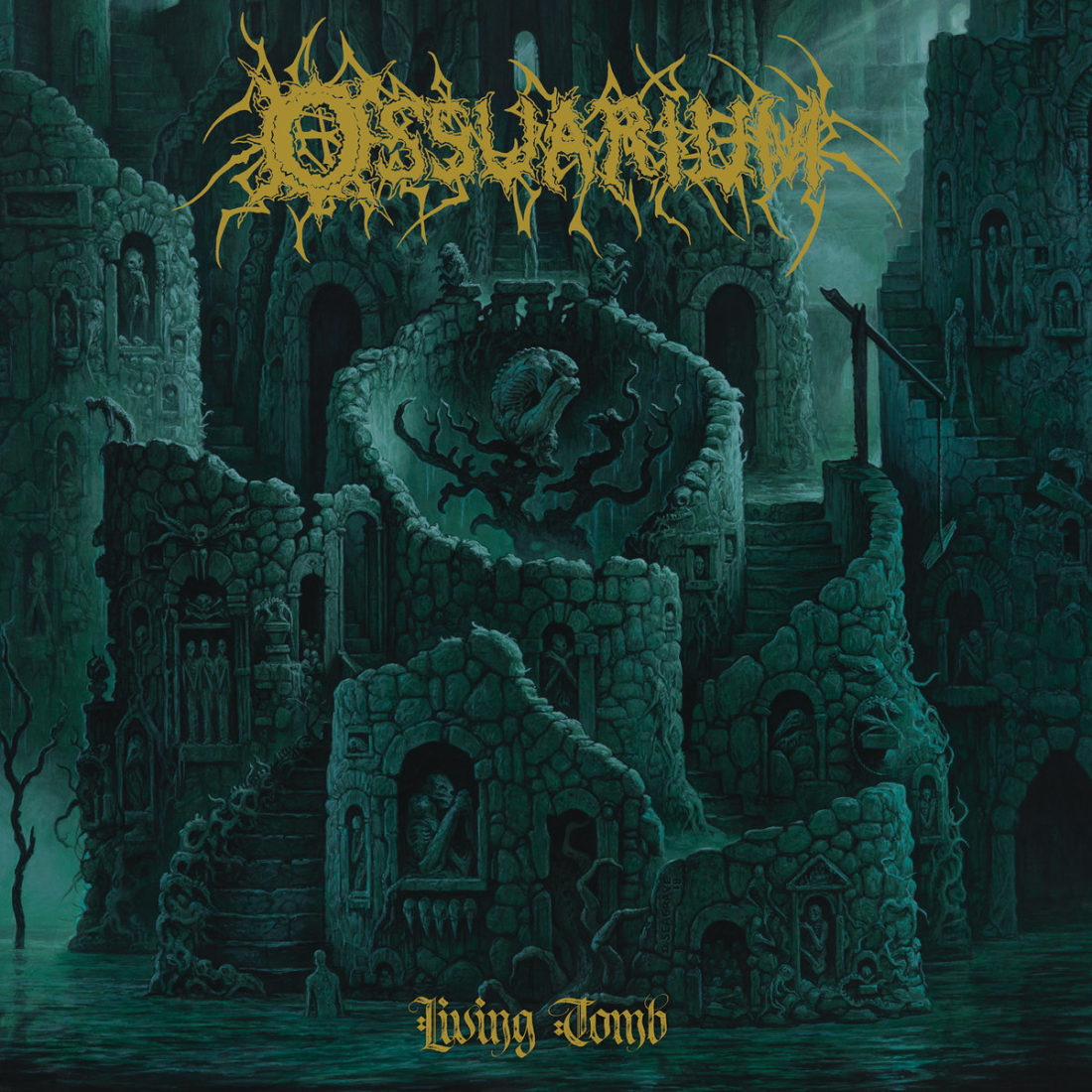 In a time where we are seeing the resurgence of true death metal, and the devil’s grasp tightens upon the earth, new albums in the genre are hitting with a swarm of the restless dead legions and must devour to succeed. What better way to quell the rest of the rotting than a living tomb? The album opens up with a devious riff indicative of the malicious nature of what’s to come, fully flourished with abhorrent pinch harmonics that stitch it together. What’s to come is an eerie clean lead, a trend that continues on this miserable journey, which turns one’s experience all the more black. This is met with the bass growling and the drums pounding the war chant of the spectres that once possessed Finland, all leading to an abrupt stop while your mind searches frantically to process the deluge of filth that is to come. Just as you start to get a second to think, Ossuarium blasts a blow to the back of your head with what I consider to be the masterpiece of the album, “Vomiting Black Death”.

As the first blackened doom riff crawls over a gradual drum beat that evolves into a steady blast, slowly you feel yourself grow nauseous, losing balance, sputtering and coughing, trying to hold back the viscous obsidian bile that seeps from your mouth. Disorienting clean leads clamber like a twisted dance, and with each passing second, you start to collapse more and more, giving into the unending biliousness until your mind can no longer take it and the acid that fills you pours out more feverishly. As the guitars increase velocity bit by bit, faster and faster you lose your insides, in what seems to be a never ending stream of vomit; Your thoughts race and can’t grasp your untimely demise. As the solo ends and the song reaches peak momentum, now nothing but a dried husk, your corpse floats upon the sea of viscera that you have emptied like the sable rivers of Charos where you shall continue to suffer in the bloodcurdling hallucinations of death. 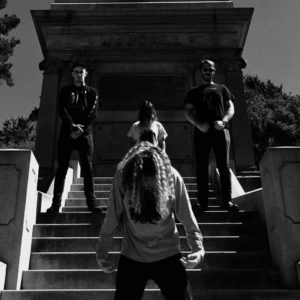 “Corrosive Hallucinations” further traps you into a nightmare that cannot be escaped, by this time you’ve realized your gruesome fate. Ossuarium showcases the traditions of death while drenching them in an acid that rots it down into a festering soup. The song writing begins to shine as they mix emotionally complex melodies bathed in sulfur reminiscent of elder masterworks such as Gorement’s The Ending Quest. Not only does the album reek of necrosis, it contains the atmosphere of despair, the kind that can only be experienced by living on this putrid planet. “Writhing in Emptiness” beats you down with a assault of punky riffs, only to drag you by your hair into your most loathed memories with a heart wrenching lead, finishing you off with a nauseating guitar solo to feed the flames of hate and isolation. The following tracks follow the blood covered passage that has been set until you’ve reached “End of Life Dreams and Visions Part 2”, where a hypnotic riff pulls you into the end of your final moments of your existence. Total black over comes your vision and you are extinguished into the blank void.

Ossuarium demonstrates their mastery of the genre with seemingly endless influences grafted together with the torch that they carry. Each song bears riffs that blend American, Swedish, and Finish death metal, sutured together like a twisted surgeon by profound doomy leads and solos that leave you in a state of vertigo. Together these influences create a totally new abomination, thanks to the unique tone. Every grim detail is meticulously set in place, pushing Living Tomb beyond the writhing masses, wrapping up the whole package with an odorous miasma that instantly plagues you. 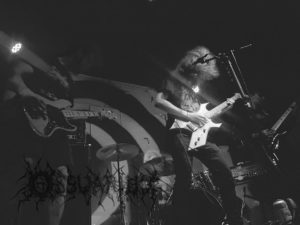 Exhumed and available through 20 Buck Spin on black and coloured vinyl, CD, and tape