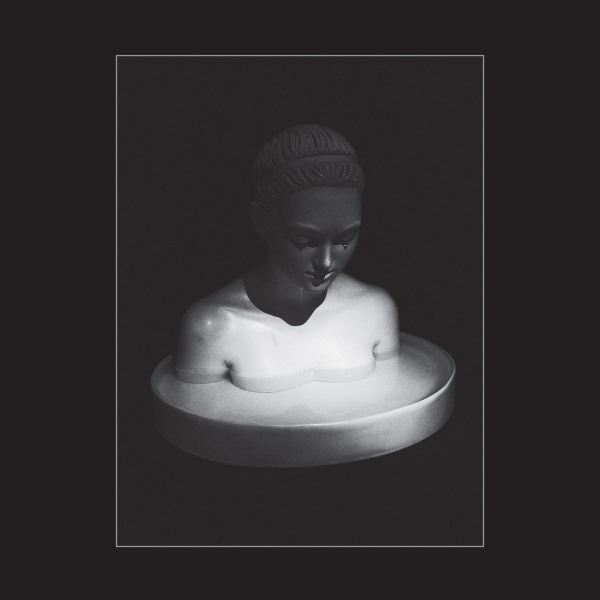 Year over year, the endless stream of incredible releases seems to increase exponentially. This output has grown from a manageable list of records to check out and eventually buy, to an impenetrable living force that no one in their right mind could ever hope to keep up with. Easy to miss something. This is why we present our readers with Obscuritæ. Consider it our “in case you missed it” article series to shine an ascending light upon the dark recesses of forgotten gems. New, old, contemporary, ancient: there are demos, EPs, splits, and albums that seemingly everyone missed out on, under-appreciated, or just didn’t receive the sufficient hype they so greatly deserved. We’re here to fill you in … because you probably are missing out.

Early 2017 saw a relatively unnoticed and objectively obscure black metal demo release on the requisite cassette format, containing tracks I, II, IV, and V, from a relatively unknown origin. With its members concealed and the source of this metaphysical scourge being hinted at solely by its French origins,  the only dissemination came through US based and internationally represented underground label, Caligari Records. The dark reverie of Amnutseba was left unrestrained from the context of its creators to besiege the mind with portentous gloom, as one descends into the shadows of their grasp.

Another year and another mysterious demo later, Iron Bonehead Productions put forth a compilation of both “demos” I and II from this French enigma, spanning tracks I-VI. Though, as indicated, one can hardly consider either to be of demo quality, other than perhaps the mix and master, rather than that of a complete and well arranged EP or even album quality composition. Amnutseba – with writing and execution that are generally not as complex or exactly equivalent – allude to some of the disjointed sounds, atmospheres, and foundational tendencies emanating from the smoldering ashes of Aosoth or of Deathspell Omega. Combine that with the influence of the precursor waves of black metal and the psychedelically coloured black metal of bands such as Negative Plane and you have entered a realm that is on the same atmospherically dark and disjointed wavelength. Yet, somehow keenly aware of traditions of waves past, the listener can follow their sound from its Norwegian origins to the abstract outer-reaches of current avant-garde black metal. 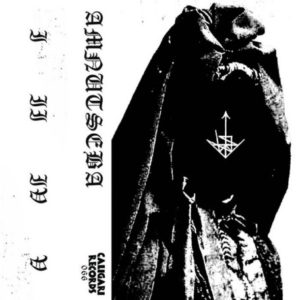 In the context of two separate demos, it has one wondering how these ethereal, yet cerebral, compositions were conceived and how they were intended to be released, if there was such an intent to begin with. Each song stands on its own, and each demo has found its own voice. But it’s not until experienced in their final order on this compiled release that they truly take the form of a complete work, rather than a somewhat constrained idea expressed on so-called “demos.” 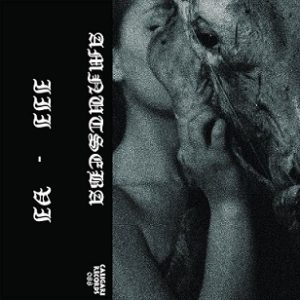 For those who remain rooted in black metal no further than the grey area following the second wave in the mid 90s and find the current avant-garde black metal that emerged from the French scene in the late 90s to be taken to an indigestible extreme, yet still yearn for some semblance of the off-kilter riffing and atmosphere influenced from bands like Portal and the obvious comparisons to their French counterparts, this isn’t a release to be overlooked. Despite being a rearrangement of six songs over the course of their initial Demos I and II, Amnutseba’s abstractly transmuted shroud of caliginous, in its final compilation form, sits firmly among the best releases of 2018. With its lyrical intent appropriately constrained, this demo compilation is the perfect vessel to send you to the void of your agonizing self-inflicted psychological demise.