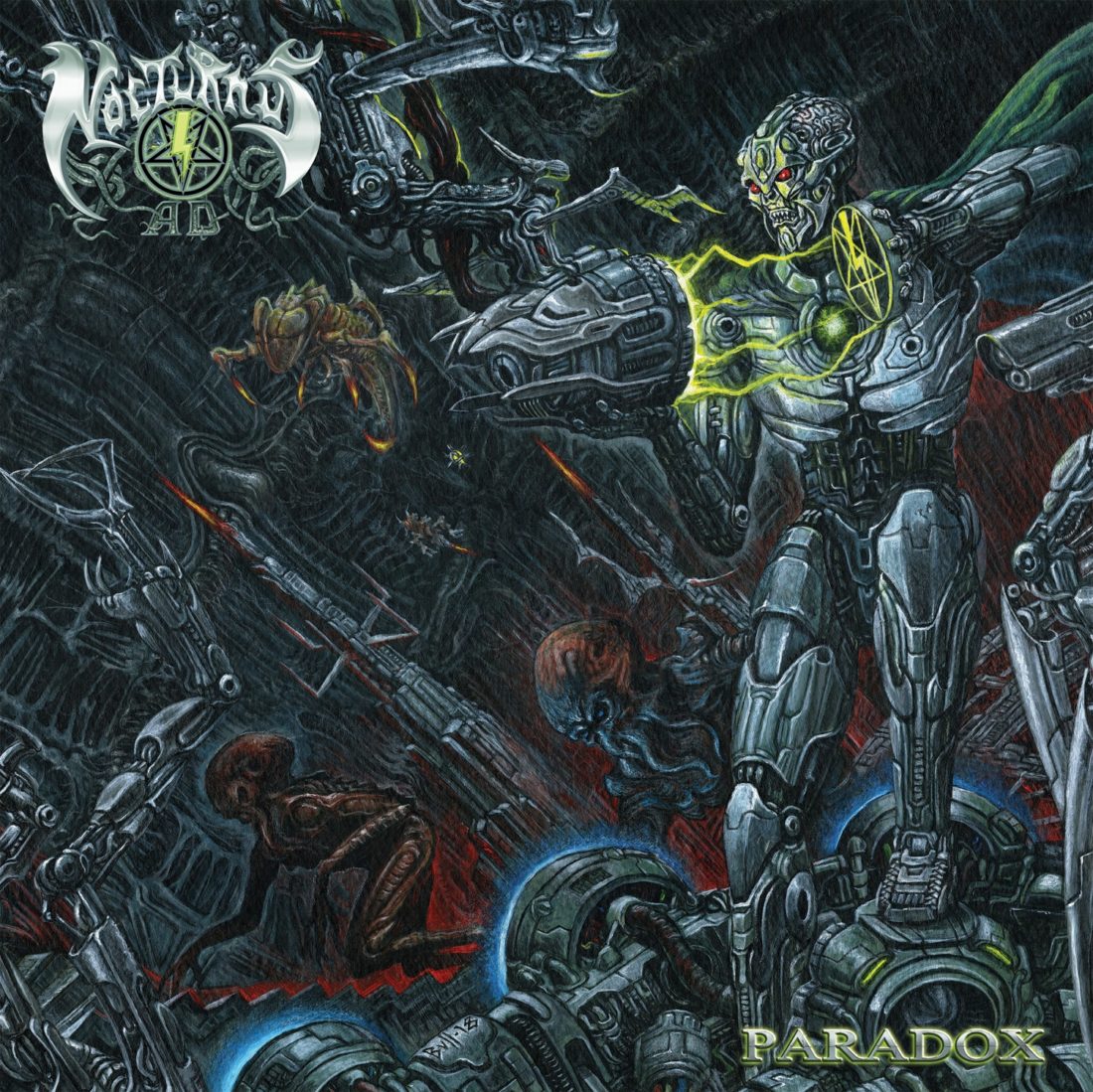 The journey of the protagonist, in the song “The Antechamber” seems to parallel that of Nocturnus founding member, Mike Browning. Just as we descend into the deep recesses of ancient Egypt to awaken unearthly forces and their bizarre machinery, so too has Browning revived the corpse of his past work in Nocturnus to forge yet another chapter of the occult, interdimensional epic that he first began back with 1990’s The Key.

Enter, Nocturnus AD, a true titan reborn from out of the sands of time long after having irreversibly influencing the death metal genre, steering the minds of both contemporaries and successors alike toward forbidden, interplanar vistas in both subject matter and mind bending instrumentation. The Key undoubtedly helped set the standard for what would come to be modern technical death metal, which has blossomed into a mass tangential limb of musical style, which makes it only more momentous that Nocturnus AD have re-emerged onto the scene that it helped define in the form of the band’s debut full length, Paradox. 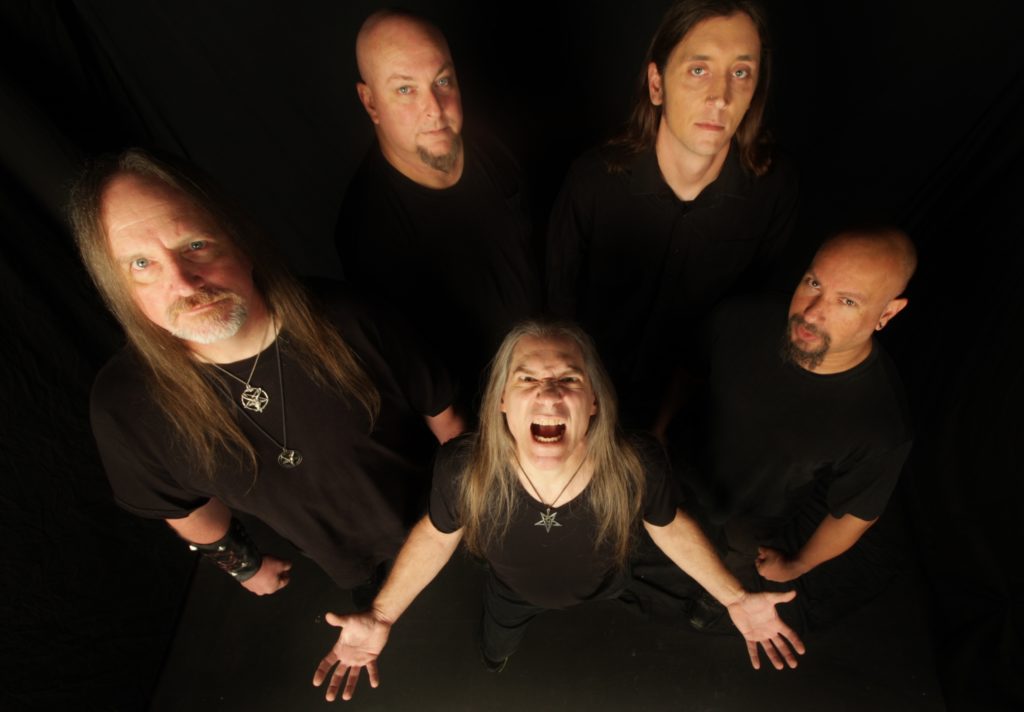 The opening track states plainly Browning and company’s intention in “Seizing The Throne”, which seems to have broken through from decades past with an unflinchingly old school sensibility that colors the whole of the album, but with a blistering intensity that defies any epoch, cutting to the primal core. The initial seduction of chimes and synths fills the airwaves before Browning’s double bass emerges at a slow march and guitarists, Demien Heftel and Belial Koblak break out into their definitively chaotic stringwork, which whines and screams like stray stars flung across galaxies. But like a mechanism that has been long in disuse, the pace of it all feels at first strained, struggling, even. But like a cruel tactician, Nocturnus AD are only playing at weakness to lull the listener into a state of false expectation before revealing their true face. That mid tempo trudge is suddenly crushed beneath the awakened vigor of Nocturnus AD as they grab the listener by the throat and force them into submission. Thus marks the beginning of a glorious return to form from out of obscurity, bringing with them visions of trans-dimensional horror and cataclysm.

In the course of Paradox’s nine hulking tracks, the listener is rendered into a sponge into which Browning instills scenes of cosmic horror and monumental sci-fi conceptions steeped in the scale and lack of boundaries that defined the genre in the 70’s and 80’s, while the unhinged instrumentation acts as a vector through which these alien visions are communicated. In this way, Paradox is a double-pronged attack of equally striking music and lyrical content, giving the album a twofold weight. While the majority of death metal vocalists use their voices more as an instrument, Mike Browning’s is primarily a tool of narration, which would most likely be a detractor for a style such as this if the stories weren’t as great as they are. The lyrics invest the musicality of the band with an added meaning as their playing and the lyrics themselves mutually feed off one another’s power. 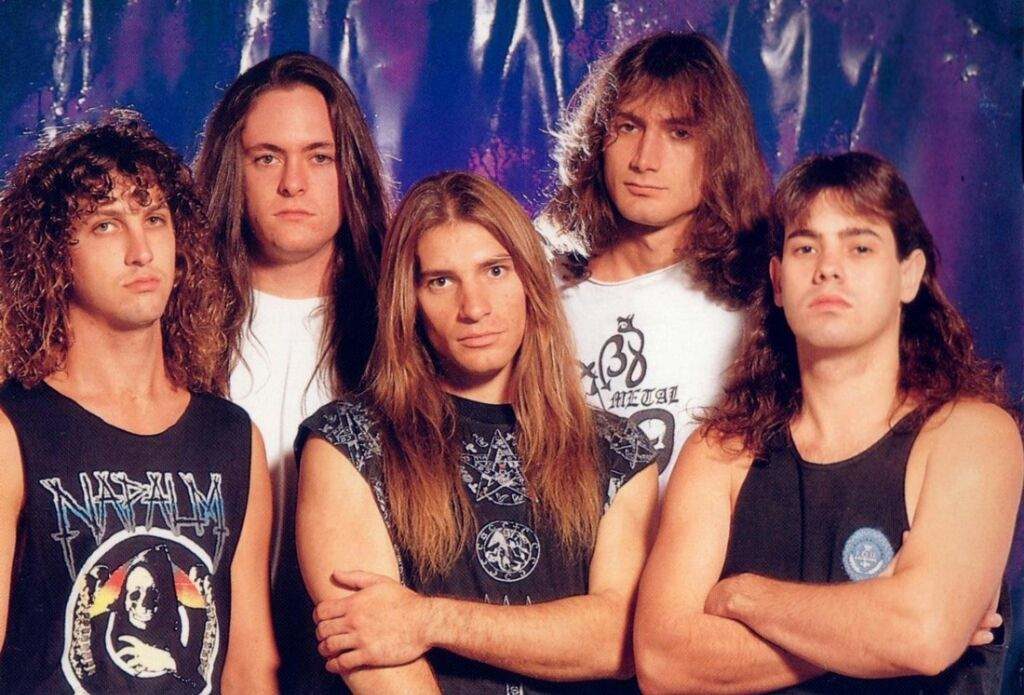 The esoteric energies that characterize the forbidden symbol in the Lovecraftian tale, “The Bandar Sign” are manifested in Josh Holdren’s aeriform keyboard play. The subsequent tampering and invocation of these powers builds to an eventual overload at the midpoint of the song, infecting the keys and other instruments with an uncontrollable spasm that perfectly captures the scene of a misguided human tearing open doorways to unfathomed horrors.

Nocturnus was one of the pioneering forces in death metal to introduce keyboards into the mix, and it shows all throughout Paradox in how perfectly Holdren’s playing blends into and elevates every song, never feeling too pronounced or disruptive, and lathers the brutality of a song like “Precession Of The Equinoxes” or “Apotheosis” with a sense of orchestral grandeur. 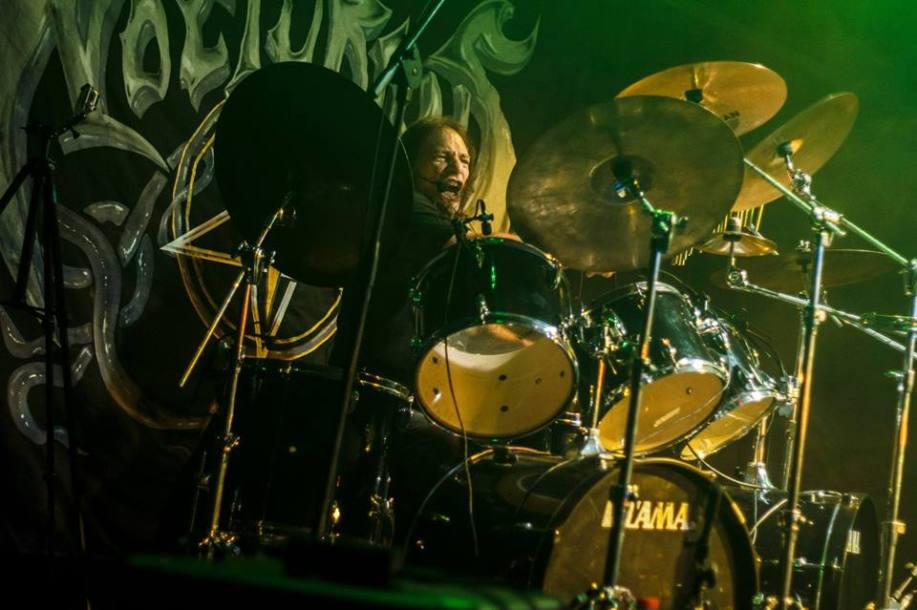 As if Mike Browning were not already preoccupied with orating the return of forgotten alien gods to our native dimension, the man somehow keeps up the Herculean feat of his drum performance, a gauntlet which rarely ever eases back, and emotes the tectonic weight inherent in a song like “Paleolithic”, which catalogues the metamorphosis of the ancient world throughout the ages.

The guitarwork of the duo, Heftel and Koblak is nothing short of treacherous in its ability to hypnotize and overwhelm. The descending chords on the monumental sounding,“The Antechamber” mimic the subterranean journey beneath the sands of Egypt, towards that hidden resting place of those ancient alien entities. Heftel and Koblak’s chaotic soloing bursts forth like arcs of crazed electricity born from the unearthly mechanisms, and just as was emblematic of The Key, it is this manic play style that gives Paradox an aura of otherworldliness.

When a band as legendary as Nocturnus AD returns from such a long hiatus, there is a great risk of the titans of yesterday falling short of present expectations, only to result in a disappointing, and likely final entry into their discography. However, Nocturnus AD stick the landing with an album as much built on their past work as it moves them forward into a new future as a band. Offering atmosphere and complex songwriting compositions, all of which is bound together in some fun as hell stories that feel straight out of Weird Tales Pulp and Heavy Metal Magazine, Paradox is the whole package.

Welcome back from death, Nocturnus AD.

PROFOUND LORE RECORDS will release Nocturnus AD’s first opus on all formats. This will be Mike Browning’s first music under the Nocturnus banner in almost 27 years!