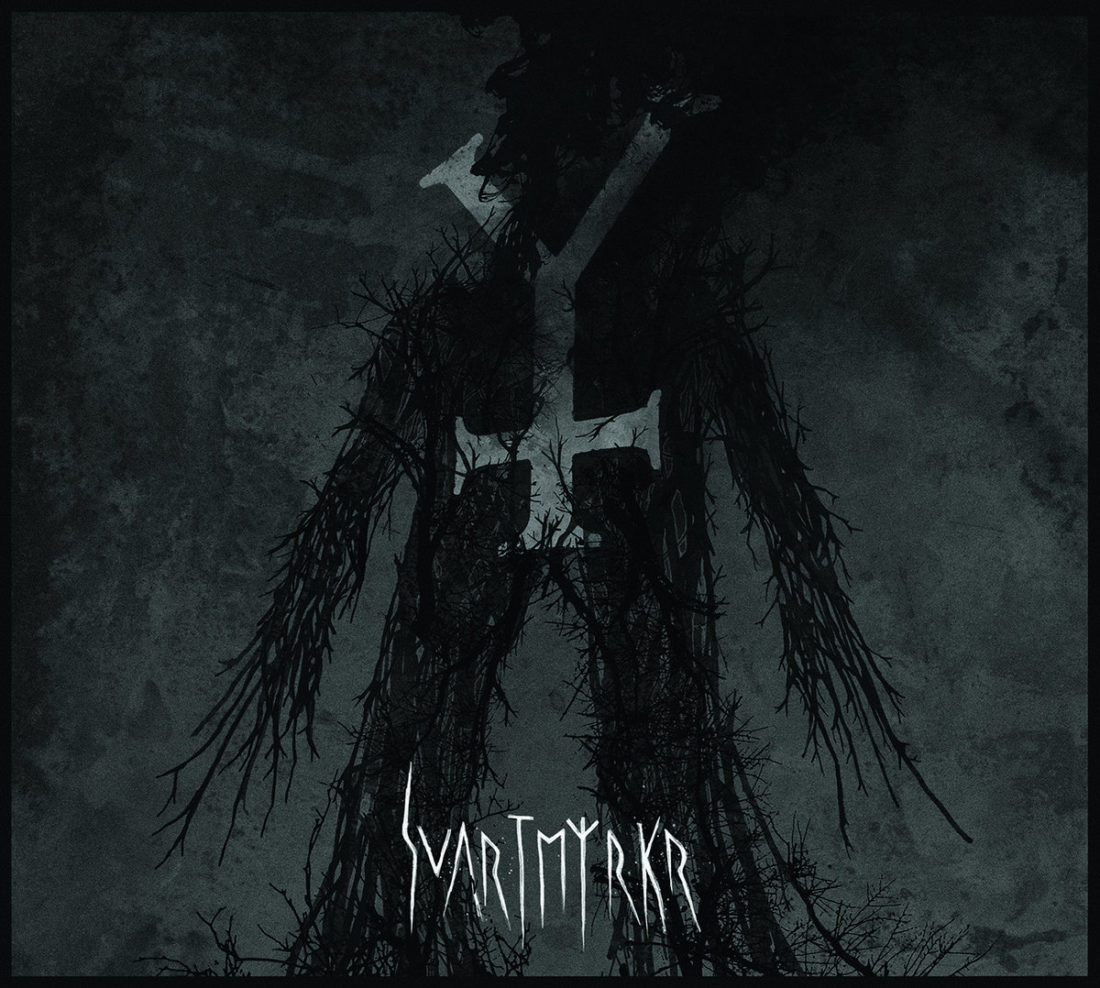 Mz.412 are purveyors of sonic terror; a noise cult of devious intent. Most of their work is labeled as “blackened industrial”, and this release certainly could be described this way as well, although it occasionally ventures into other territory.
Having been at it since at least 1988, Mz.412 have honed their craft into something truly remarkable, and as such, their latest offering, Svartmyrkr, is a powerful, primal piece of music that manages to be both intimate and cosmic in scale. A work that feels immediate and current, but also timeless.

The production carries a pristine clarity and punch which lends all that much more aggression to the distorted sounds. This is beyond production, and into the realm of sound design. There is a cohesive, well-paced, narrative sort of structure within the mix itself. What opens with just a few tracks conveying an intimate setting unfolds and expands into a multi-tracked monstrosity, a veritable titan of tracking awash in swirling, gnawing waves of sound, pulverized and dragged along by its own sonic undertow. Somehow throughout all this, every nuance and detail is heard, every piece of the story loud and clear. Often with releases of this nature, there is a quality of mystery present in the mix, with so much subtle layering and so on, but Svartmyrkr feels like a bold statement, a fully realized vision laid before us in startling detail. The fact that this is a self produced release is impressive to say the least. 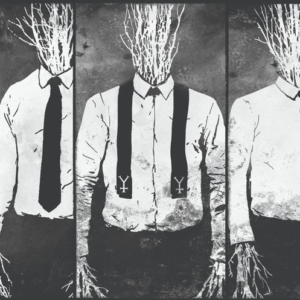 Svartmyrkr is a work of unrelenting and ever increasing dread. An album that manages to grab your attention and hold it for the space of forty-eight minutes, without a single riff or hook. Dynamic, and escalation of dread are the keys to this feat, and the resulting work feels cinematic in its scope.

The album opens with what amounts to a teaser track. An ominous, tribal rhythm that seems to approach out of the dark, drawing near our campfire to bludgeon us with one primal crash across the head. This is a portent of what is to come: a series of other grinding, pounding horrors that seem to approach from the burning horizon ahead of us, and disappear into the dark behind us. 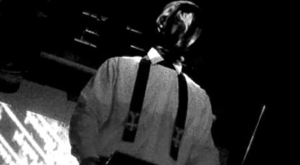 This album is a vast collection of sounds that seem to encompass any and all cultures and esoteric traditions. In a time when every buffoon with a microphone and a modulator pedal is releasing albums of “occult ambient” and “ritual noise” material through bandcamp, daily, a work with real intent and focus behind it such as this one is a deft and commanding display of potency. This stuff makes you feel, and quite often not subtly so. This is real magick.

Tribal drums, growling vocals, and the crackling of a fire…one is given the impression of impending doom, of an approaching threat beyond comprehension, a destructive force that is uncompromising and totalitarian in the scale of the ruin it implies. 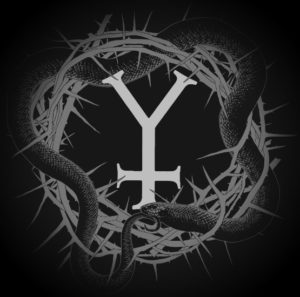 Thunderous sounds of war, replete with booming horns, cryptic chanting and the screeching of hawks…here now is the sound of the end of the civilized world, an horrific and violent razing of the walls of our false safety. The end is not sightly, no. And as such, it is a blessing that Svartmyrkr is an album, and not a film (although your humble writer would certainly pay to see such an apocalyptic and hypnotic piece of cinema) …

Erosion…chopped and sliced samples, awash in icy, grim, synthesizer tones and echoing bells…like a cold and cavernous death knell for all of mankind, horrific and jarring …

An intimate and immediate feeling acoustic section that draws you in and gives you brief respite from the horror, like wandering away from a corpse-strewn and blasted battle ground and right up to a campfire with a friendly stranger and their guitar. There is peace here, and solace, but not for long …

The grinding sound of the end of absolutely everything is accompanied by tribal drums and coarse shouting, and an unmistakable reverence. This is the sound of a people meeting their end with strength, humility, and awe …

Your humble writer has not spent a single moment looking up any information on this release (purposefully), and as such, is left with only the music as reference point for the ideas behind the work. With that in mind, these are my ultimate impressions of the work and its focus:

The listener is placed on the wild, elemental fringes of the world, and made witness to the fall of Empire. There is fear, horror, revelry, triumph, and finality. The shiny, brittle world we have built around us is ground into dust by the gnawing of world eating machinery and all is made wild again. The final sound heard is a rattling croak, a death cry. It is a reverent sound. It is with reverence that those of us still standing meet the end.

Then again, the story is only over if we assume it was about us.

Svartmyrkr was released into the wild by COLD SPRING RECORDS on CD and LP formats. It is the first MZ.412 studio album in 13 years.