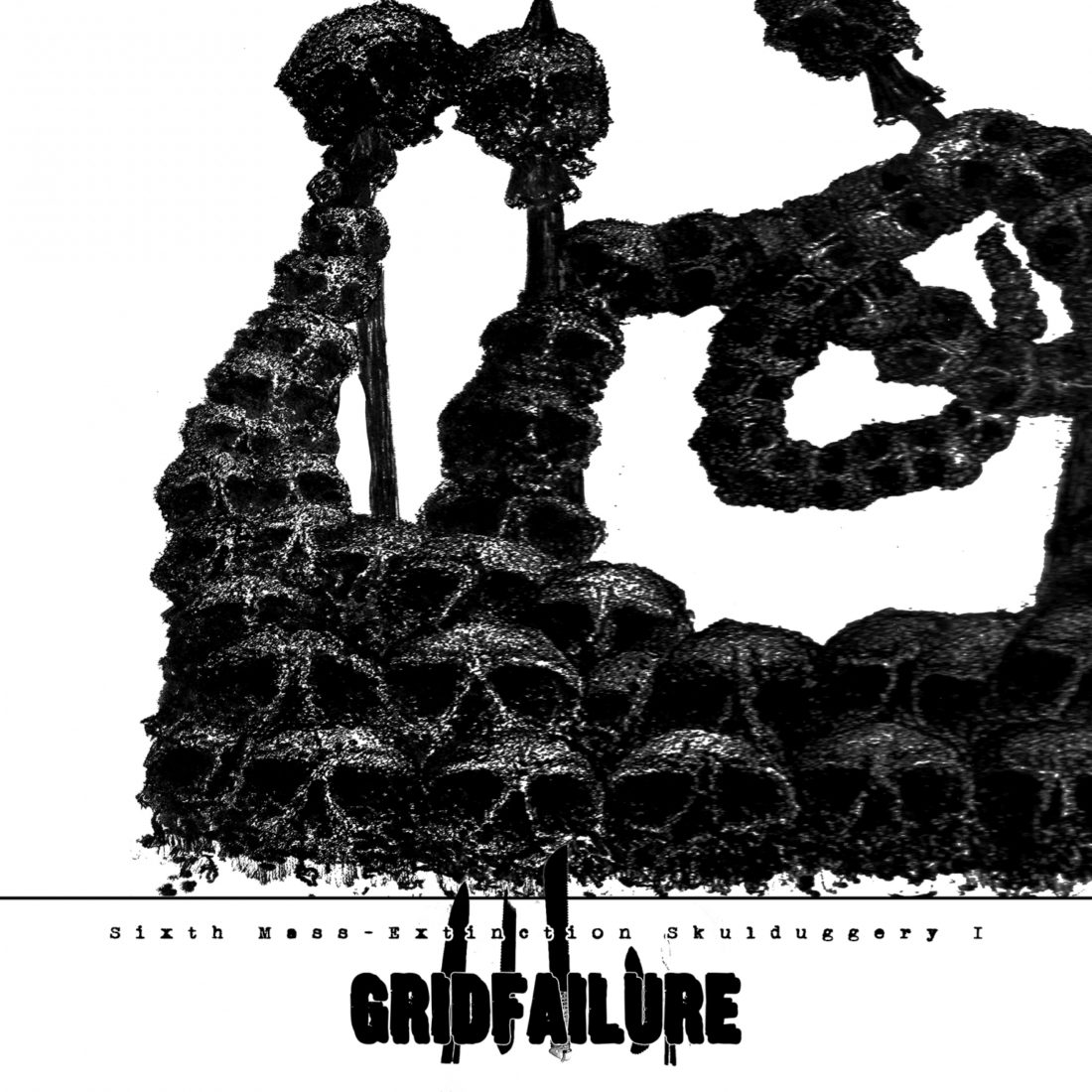 Gridfailure is sickness given aural form as the experimental project of madman Dave Brenner (ex-Theologian), and marks a departure from his death industrial treatments in favor of hallucinogenic sound collages bringing to mind legends like Nurse With Wound, early Current 93, or a number of experimental film soundtrack composers from Japan or Italy. Compared to his first album however, Sixth Mass Extinction Skulduggery I takes on a much more straightforward, vocal industrial noise approach with a general emotion of hatred and bitterness pervading the record.

Conceptual in approach, this record is meant to be the first in a series of albums exploring a pre- and post-apocalyptic reality based on humankind’s current trajectory, and includes a wealth of guest contributors, with many of the tracks having been written at different stages in the past, including before the project’s inception. 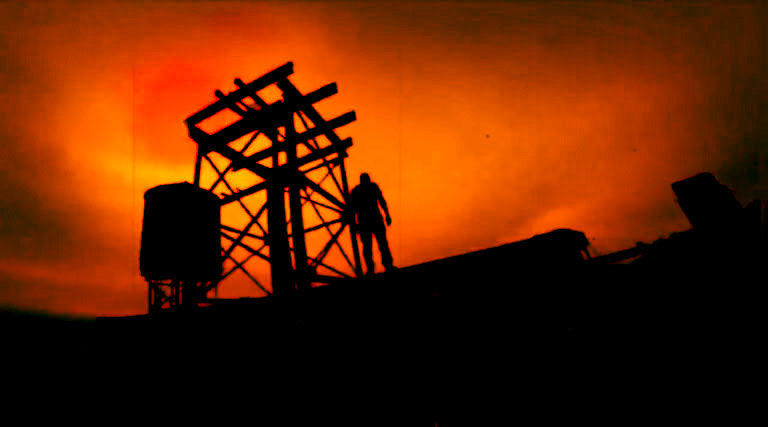 The first track “Sandy” introduces us to the barrage of bile and hatred starting this album off, with David’s heavily treated vocals flooding a storm of different organic sound sources, eerie bells, and harrowing wails having that same chilling effect as a tornado siren in a grey dismal afternoon in an abandoned park complex….. much of this recording is executed with real instruments used in unconventional ways, creating the feeling of different fragments of dreams. The found sounds left untreated sprinkled throughout the recording seem to root us to a foundation of mundane reality and the feeling that what we are hearing is happening in real-time. 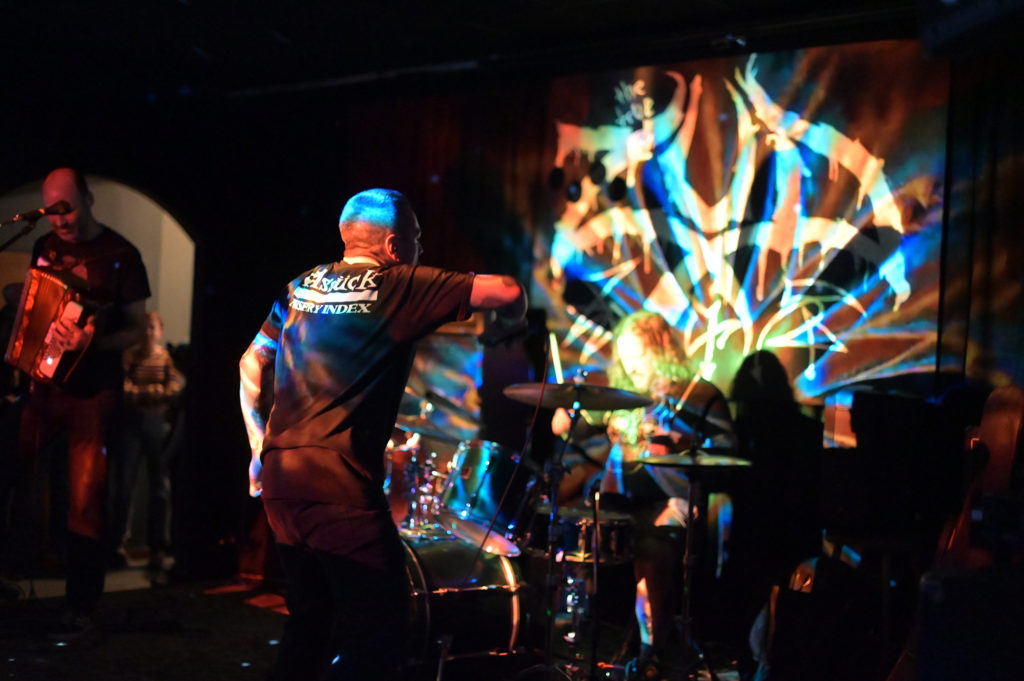 Each track is meant to reflect a different stage in the decay of the human race, realistically reflecting the current events facing humanity today … our economic crisis, political chaos, rampant racism, religious terrorism, raping of resources and destruction of the planet leading us to a seriously fatal collision with reality, and collapse of the human civilization. The truth is out there, the clock on humanity is running out, and it’s far too late to reverse the course. This adds a very welcome element of diversity to the recording as it truly feels like a story unraveling, though the tone is very much consistently dark from the very beginning of “Sandy” up to the inevitable cliffhanger “Exsanguination of the Utopians”. 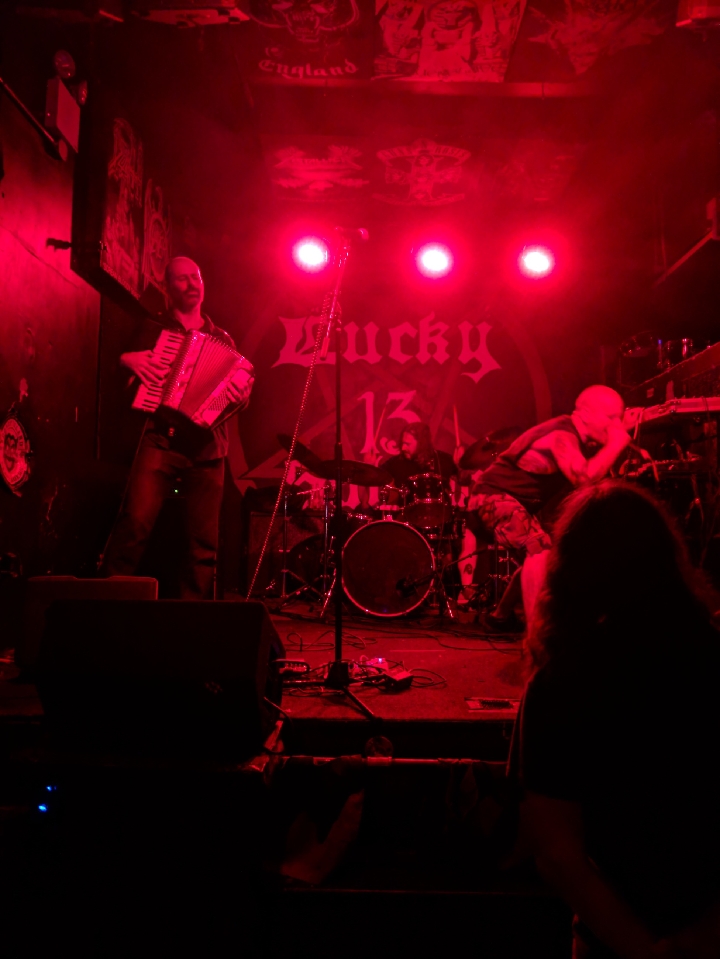 This recording only leaves me curious as to the further development as this post-apocalyptic saga unfolds.