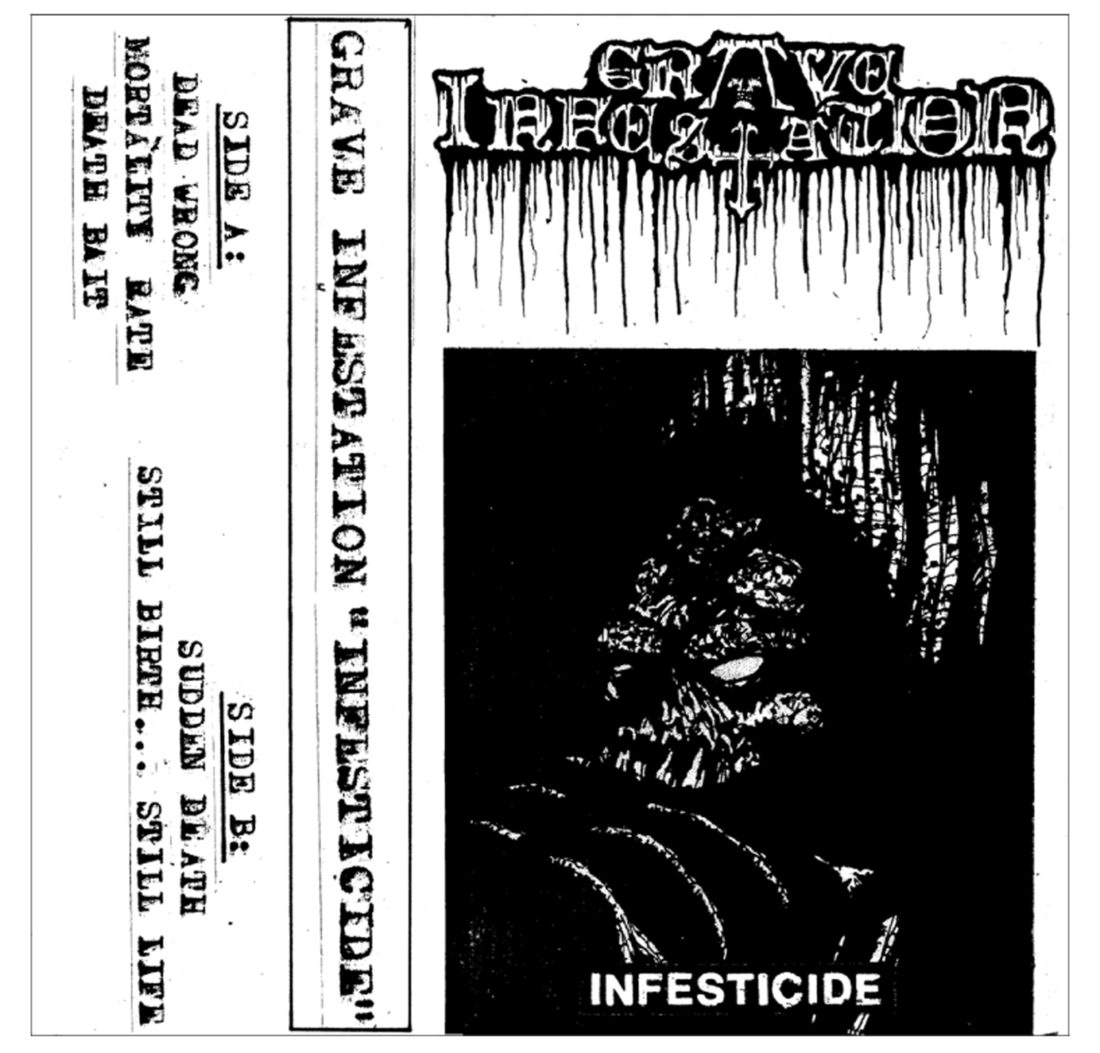 In the worship of death there are innumerable fossils smothered in dust. Uncover one and there may be fresh blood still pulsating within. Grave Infestation‘s demo Infesticide showers you with a burst of fresh gore from an encrusted corpse, revitalizing a classic sound with a rush of vigor. Forgotten today is the production that brought such abhorrent visions to our mentality, in favor of a crisper sound. Grave Infestation throws that notion to the gutter and rises from the grave with an intense fervor.

The intro to the album is filled with mystique and total mystery of what could come next, then quickly transitions to an audial bludgeoning ripped straight from the days of former glory. Blindsided by a chunky, catchy riff battering blows to your head, the drums lead with a bestial d-beat with cymbals that shred your cochlea. A guitar solo wails in the distant background like a haunted choir from the sky, and the bass chugs with a deep and aggressive resonance that you feel in the pit of your stomach. The entire sound is a perfect altar to the production of the late 80s dripping with fresh blood. Each track has a similar eerie intro that lessens your feeling of security while continuing to blitz after with one neck breaking riff after the other. The final two songs “Sudden Death” and “Still Birth…. Still Life…” lengthen the form of each song, progressing slowly without losing any of the aggression in the faster songs previous, creating a spectacular closer in a flurry of blades. 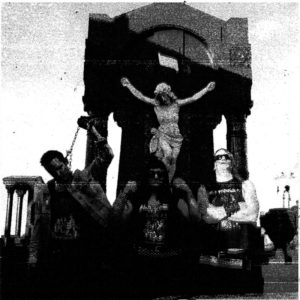 Not every EP can breathe fresh life into a genre by using forgotten ideas, but Grave Infestation not only creates a wretched experience with superior production but the intense delivery as well. It sounds as if it was directly recorded by the likes of Börje Forsberg with all the vitriol and violence of a group of Scandinavian teenagers. 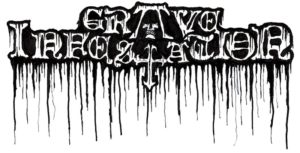 Fans of death metal often forget that once upon a time no matter how much cleaner production of metal advanced, true heads still worshiped the demos which gave the genre life. Where it shines, is how Grave Infestation takes such an archaic sound and blends it with fresh ideas that did not exist back in ‘89, creating a new meaning to brutality.

Grave Infestation’s independent press of the tape is now long sold out. However, INVICTUS PRODUCTIONS has reissued the demo on CD, LP, and pro tapes, and PARASITIC RECORDS will handle an additional US tape run.