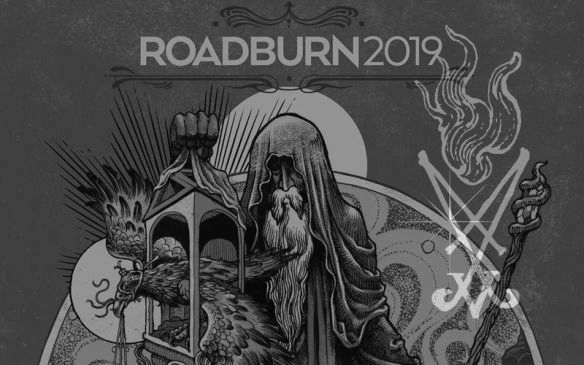 A huge ongoing inspiration for Covenant Festival and this online zine component unsurprisingly came from the incredible work done by Roadburn Festival. Every year the lineup is a multi-faced, eclectically-curated explosion of sonic and visual art. We have yet to be on location for any of these historical events, but, lucky for us, our European (Irish)man on the ground was there to provide a dizzying moment-by-moment account of his experience. While a valiant effort was made to cover the entire fest … it just was not humanly possible. Sadly, our man missed out on some Covenant favourites and hopefuls like Soft Kill, Crowhurst, Molasses, Drab Majesty, Hexvessel, Slaegt, Ulcerate, and Dodecahedron, but it just goes to show how overwhelming the scope of this event truly is.

Drop in to the madness, see through the eyes of an attendee, and take in this rapid experience of one of the world’s most important festivals.

Despite the festival’s reputation for bending and breaking boundaries, the opening night at Roadburn is often an excuse to air some guilty pleasures. With heavy nods to Venom and the earliest of early Bay Area thrash, Hellripper arrive following an epic road trip from north-east Scotland with no intention of incorporating alt-country or jazz into their sound, sticking resolutely to their influences with pummelling effect. 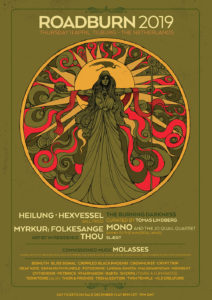 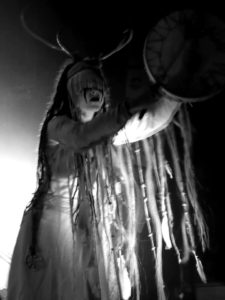 Thursday’s main stage offering begins with the exact opposite: an acoustic collaboration from Myrkur, cellist Jo Quail and members of Heilung. Switching between her own work and Danish folk, the former holds up well to produce an hour of sincere melancholy. Beneath the arches of Het Patronaat church, Vile Creature take the weekend’s doom crown ahead of an extremely competitive field, the drummer’s visceral vocals reaching another level of intensity amidst some truly nasty guitar work. Across the street, Treha Sektori tick the ritualistic and meditative boxes that great dark ambient demands, but the inclusion of live drummers and a stunning video backdrop allows them to avoid the death by boredom that is an occupational hazard of the genre. 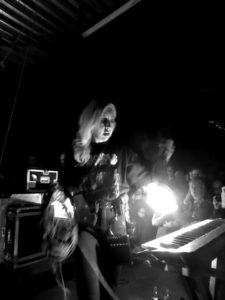 Lingua Ignota’s cover of Dolly Parton’s Jolene is one of the more leftfield moments of the day, especially when it is overlaid with Aileen Wuornos samples. A barbiturate hellscape conducted in complete darkness save for footage of California wildfires, this is gruelling, phenomenal and the buzzword of the weekend. Deafkids’ slot is a pulsating beast that equally channels Melvins and the psychedelic end of rave, before Heilung dig up a pet cemetery for an unnerving Iron Age tomb ritual in which skulls and bones are the primary instruments. Bliss Signal’s futuristic, synth-drenched black metal and the one-woman siege of Pharmakon close the day in the 013 venue, after which the staid galloping riffs of Malokarpatan fall flat. 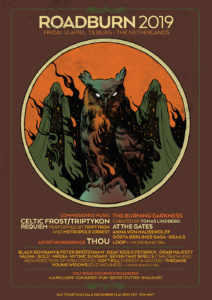 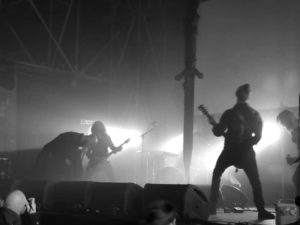 Throane are the early talk of Friday but thanks to a local restaurant taking ninety glacial minutes to produce a salad I’ll never find out. Triptykon’s combination with a Dutch orchestra to perform Requiem is thirty years in the making, the middle third written specifically for this performance, but while the orchestra is a nice addition, it feels less than vital. Igor Cavalera’s Petbrick team up with his compatriots Deafkids for a set that builds upon the latter’s set the night before, a drum-heavy hulk that surges and swells and is over all too quickly. 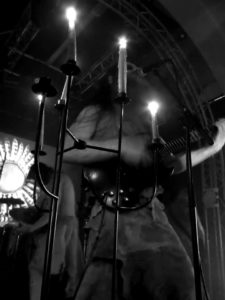 Fresh off a stateside tour with Rivers of Nihil, Conjurer’s neck-snapping morass of sludge, death and hardcore is a discordant joy in the sauna of Hall of Fame. After one of the more ludicrous openings to a black metal show, in which five topless lads throw about feathers and incense, Fauna’s transcendental black metal is captivating, but repeating those rituals before each song saps any momentum they create. After last year’s earth-rumbling collaboration with The Body, Thou team up with Emma Ruth Rundle to present new material that is less than the sum of its parts. 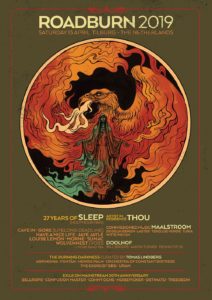 Saturday at the Het Patronaat is given over completely to Dutch black metal, beginning with Witte Wieven, who haunt and hypnotise even the church’s stained-glass priests. Laster’s avant-garde black metal is anchored by a drum performance that whirls dervishly beneath the thunder. Having made an appearance here in 2016, Laster are truly one of the most important bands in contemporary black metal. In the less sinister surroundings of a skatepark, lo-fi pairing Doodwens deftly summon classic Darkthrone to create the perfect Barrier Kult soundtrack. Multi-faceted Gothenburg unit Agrimonia is one of many that curator Tomas Lindberg has herded south from Sweden for the weekend, their seamless crust/death metal crossover with some gothier and post-punk touches being displayed to a much smaller crowd than it deserves. Bellrope smash through their savage, progressive sludge that makes metronomes of onlookers’ heads, before a ‘secret’ skatepark set that sees Thou run through a raucous, riotous forty-five minutes of Misfits covers. 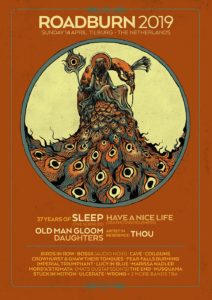 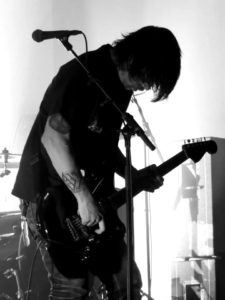 To Sunday and the noise rock of Daughters is cut through with a post-punk hint and ends dramatically with the vocalist flailing himself with his own belt. Grey Aura respectably nod to polka and Nusquama solemnly perform their last record to round off a successful weekend for a highly productive Dutch black metal scene, while Bismuth rain feedback upon the skatepark stage. The main stage is a sardine can for the second Sleep set of the weekend, their monstrous riff wall having a tidal effect on both the audience and the smoke cloud above their heads. Imperial Triumphant have been open in their admiration of the visual aspects of inter-war American city life, with overtures to the Rockefeller Center and Metropolis a constant presence in their artwork. Musically, the jazz influences come through mainly labrynthine drum patterns and film noir-style muted trumpet segues, welded onto overpowering, angular blackened death. A bootlegger-hunting wayward detective stumbling upon a Crowleyite ritual at a Manhattan high society ball would make for the perfect video, but for now Imperial Triumphant have to settle for the midnight mass at a converted church in front of several hundred newly-baptised disciples.