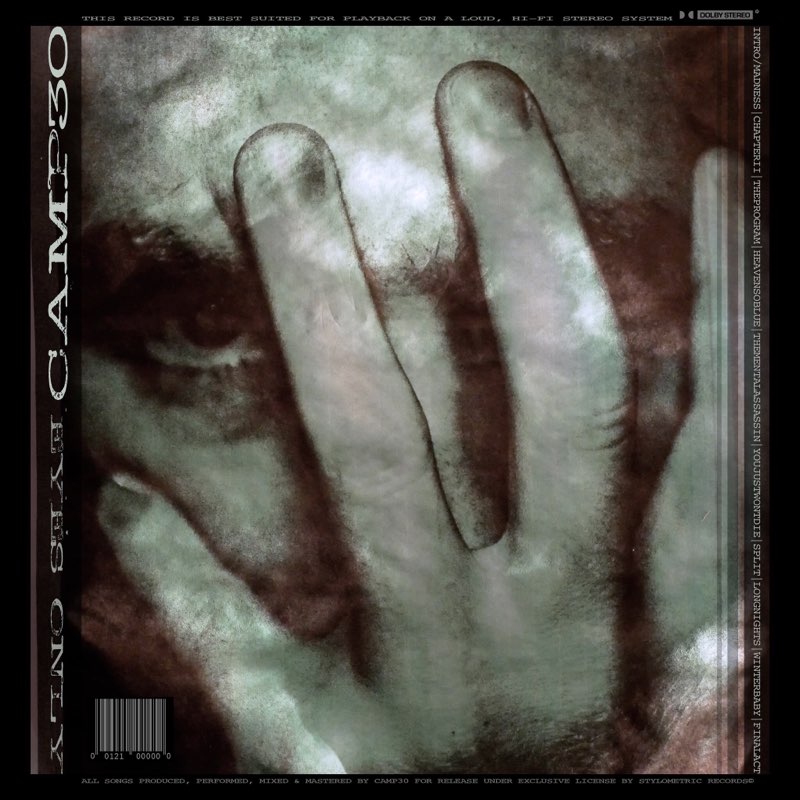 Having risen to notoriety as the producer behind the dark and futuristic r&b/ambient act PLAZA, CAMP.30 quickly gained recognition for his lush and immersive pieces. Songs from their first EP, ‘One’, already had listeners intrigued, but when ‘Shadow’ was released, it became just how clear the level of detail and technicality put in to CAMP.30’s work is.

With PLAZA’s unique and nocturnal aesthetic already feeling distant and impenetrable, CAMP.30 seemed even further hidden; a faceless, nameless director somehow harnessing this ability to effortlessly distill and perfect these lecherous and depraved slabs of r&b. As he has slowly trickled out more presentation of who CAMP.30 is, it has only gotten more intriguing.

Rich with a bizarre aura created largely through outre photographs and grainy footage, filled with covered faces, abandoned houses, and desperate drives through the night, the imagery released wouldn’t seem out of place in a David Lynch film.

Given his known role as one half of the long-running ambient project, North Atlantic Drift, neither the careful and meticulous procedure behind his droning blanket of sound, nor the slow pace at which he was revealing what he had in store came as a surprise. 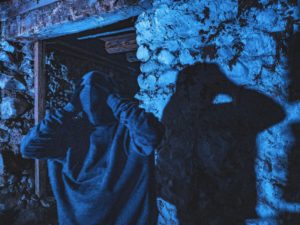 Slowly, but surely, more and more material surfaced- a photo here, a song-snippet there, an uneasy video- and little by little it became clear that he was gearing up to release his own solo album. The prospect of hearing the same eerie, but satin smooth r&b with no consideration having to be taken over where the vocals would socket in was immediately tempting.

The album is nothing short of a masterclass in detailed production of electronic music. Shifting, warping passages spew out an endless barrage of evocative vignettes, painting pictures of lust and loss, insanity and secrecy. Where we are used to hearing PLAZA’s crystalline voice over CAMP.30’s bouncing snare, this time it’s whirling and incomprehensible voices to come off like lost memories of failure and faint hopes of renewal. 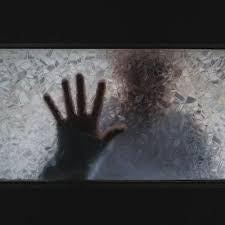 The pace of the album builds perfectly from the catchy but worry inducing ‘Madness’, which sets the correct tone instantly, across simultaneously pitch black but effervescent middle tracks like ‘Heaven So Blue’ and album highlight ‘The Mental Assassin’, the latter of which featuring some unforgettable Spanish guitar which returns as a theme later on. The close of the album delineates the utter feeling of harsh winter and loneliness, distinctly ditching all shreds of hope after the radio-worthy ‘Split’, and plummeting headlong in to the doom-ridden and gloomy closing trifecta of ‘Long Night’, ‘Winter Baby’, and ‘Final Act’. Here we see the aesthetic that CAMP.30 has worked so hard to cultivate best represented. Mesmerizing, long pans of booming synths, inescapable reverb, and subdued drums paint grand vistas of despair. You realize that all hope of conquering and forgetting past shame is gone, and the long night has set in.

It comes as no shock that musically the album picks up where PLAZA’s ‘Shadow’ left off, but now the paths fork. Whereas his material with ‘PLAZA’ is the city; sleepless night and haggered days, licentious indiscretions, and all the strange games we play; and his material with North Atlantic Drift is some lost passage of time; total weightlessness and abandonment of all sense of being; his material here is a a flawless, if incidental, blend of the two sounds: isolation, internal reflection, and a clear hope to forget the past. Crushing, droning, instrumental r&b, with no chance of redemption in sight.