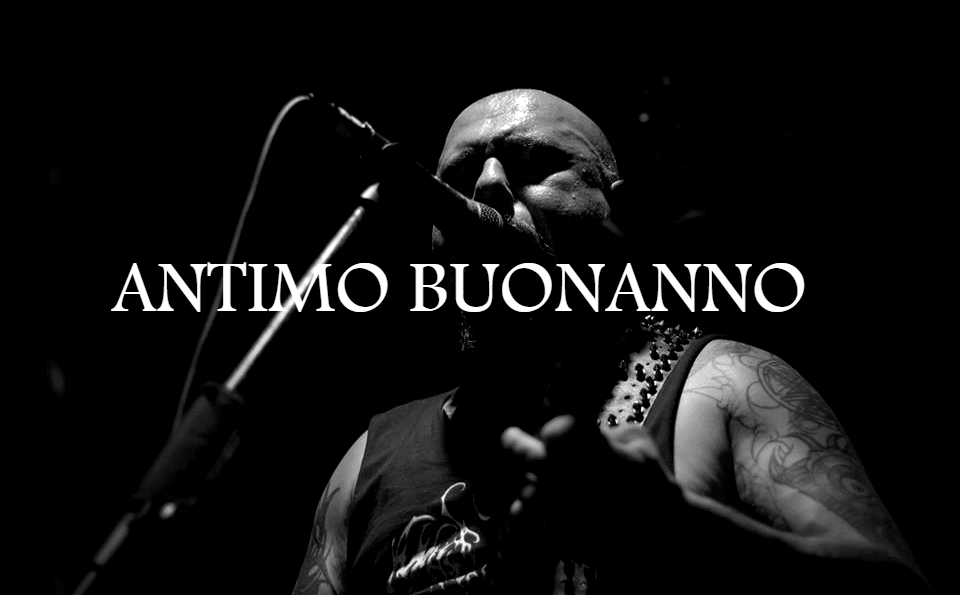 There are few names in the pantheon of Mexican heavy metal history as important as that of Antimo Buonnano. From being a catalyst in the Mexican death metal sound,  to an international tenure in the legendary IMPIETY, to finally settling in to a project where he finds contentment, Antimo’s career spans 25 years without having ever once compromised the integrity with which he has managed his work and musical output.

For many of us, the first discovery of Antimo’s music was through the gory cult video for DISGORGE’s Rancid Bowel Sarcoma, for others it was on Impiety’s insurmountably sinister Paramount Evil album, and for others yet it will be through this interview.

Without further adieu and in his own words: ergo sum Antimo Buonanno.

I think the first thing we’d like to know is what the Mexican scene was like in the mid-90s when you started DISGORGE? Was there a prevalent culture for extreme death metal?

When we started as Disgorge the more prevalent scene where we lived focused more on melodic kind of styles of death, doom, and black. So the kind of metal we were playing was not very easy to listen to or understand. There were no extreme death or goregrind bands in México at the time, but of course worldwide speaking there were plenty of them. 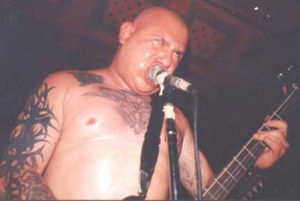 Because of that were the early shows poorly attended?

Yes, indeed! We were playing mostly with bands of those above mentioned genres and people didn’t get it and didn’t get into it. But we were playing in lots of places at that time in México and Central América, like Guatemala, El Salvador, Costa Rica, Panamá….

I don’t think the average North American or European metal head has a strong mental image of what mid the mid-90s Guatemalan or Panamanian metal show would have looked like. Did you find what you were looking for in those places?

I’m talking about ’96 to ’98 and I assure you that they were wild! It was a strong and huge metal scene in those days. [Disgorge] played in El Salvador’s capital in front of more than a thousand people in a crowded arena! Fuckin’ crazy!

What do you think happened that caused a decline to the Central American scene? Nowadays, Mexico has a great scene, and South America too, but you never hear about the scene in Central America. Is it simply the lack of access?

I don’t understand why so much, but there are a few good bands to mention from there. I guess recently the most worth mentioning I could say is Costa Rica, but for sure Honduras and El Salvador have good bands. But maybe it’s like always – good bands are everywhere …

Talk to us about that insane Rancid Bowel Sarcoma video from back in the day, hermano. It’s one of the most intense live music videos ever made!!!

This was a compilation video tape (VHS) also including the audio version of the filming on CD, released by the now extinct OZ Productions. The original idea came from them and from some tours we did at that time back then. The Tourmentour 98/99 and the Devastation Tour 99/00/01 were done with those bands included in that VHS and some others.

That show was filmed at the “Cathedral of Metal” in Mexico, at the Adolfo Lopez Mateos Arena in the suburbs of Mexico City. For that time in México that was a huge production to make in those days! A very good experience to remember. All the bands played full 40 minute sets, but only 15-20 minutes each was filmed. The bands included were: Buried Dreams, Shamash, Dies Irae (all on the Oz Prods rooster), and Disgorge.

Now around the time of this infamous music video, you started DEMONIZED. What was the impetus to start that band and have another death metal band? Did it have anything to do with wanting to make music dedicated to Satan, rather than gore?

Yes that was indeed it! Your thoughts are right, hermano. We were especially in need of making this kind of music – fast, evil and poisonous! Being in Disgorge, I had issues with my band mates at that time because I couldn’t write those kinds of riffs in the band, so that’s why in those days around 99/2000 I started to make that music [with Demonized]. We just only released a rehearsal demo, a split, and a full length album. Maybe in the future I can take the path again of the Luciferian music!

Around the same time of DEMONIZED, Singaporean legend Shyaithan recruited you for guitars in the legendary IMPIETY. How does a Singaporean warlord end up recruiting Mexican soldiers for his war party?

Yes he came down to make the records and [prepare] the tours, and then he returned to Singapore. The lineup was effective live!

We got to South East Asia with Impiety at the end of 2004 to tour into 2005. It was a very amazing and great experience to be touring there personally! To play in front of the Bangkok River. To smoke pot under the Petronas towers when in almost all [South East Asia] it is forbidden with death penalty to consume weed or any type of drugs. In Jakarta it was really amazing to ring in the new year while we were playing, and yell happy new year announcing “Torment in Fire”!! 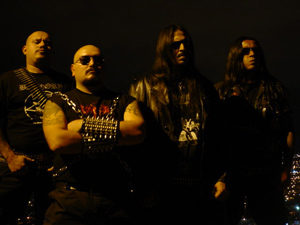 Also when we flew from Thailand to Singapore at the same time as the tsunami of the 2004 (when sadly we lost Miezko Talarzyk from Nasum!). The whole tour was full of good and intense memories personally speaking, and I hope to someday return to that amazing and wonderful continent! I want to eternally thank Shyaithan for giving us the opportunity to be part of the Mighty Impiety!! Gracias a ti hermano mio!! In dark allegiance forever my brother!

Did playing in Impiety influence your direction with HACAVITZ? Did playing that militiaristic Morbid Angel, Angelcorpse, Impiety sound have a direct impact on you?

We were playing the same kind of blackened death metal around that time! So it was very easy to make music along with Shyaithan, as he already really liked the music we made with RAVAGER and Hacavitz. But Hacavitz definitely turned our path to a blackened way indeed…

So that just about brings us right up to present day. Hacavitz underwent a big shift in sound with the release of Darkness Beyond. What caused such a drastic sonic upheaval?

We drastically changed the lineup, brother. It was only me left over with all new members, and actually since “Meztli Obscura” we wanted to take a more blackened path. And so we made it with “Darkness Beyond” with the inclusion of Ivan Ochoa and César Sanchez. Finally we reached the obscure task for the band. We are so happy that we could make it! 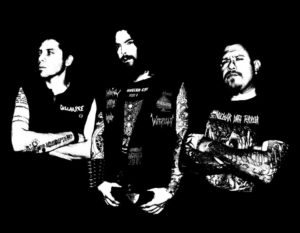 So on that note, what types of themes are you confronting with these last two Hacavitz records?

Human nature, nature in all its forms, misanthropy, the metaphoric processes of day and night, the evil nature of the night and the moon, birth and death, and many themes based on our pre-Hispanic roots, my brother!

It definitely feels like the band is finally making music its really happy with. Would you play any of the old death metal material live?

We want to start playing them live again! Actually there are two songs from the 1st two albums we are rehearsing now: “Tinieblas” from Katun and “Mixtla Miquixtli” from the Venganza album. These two mentioned have a darkened black/death approach to match actual style of the band, but also we will plan to work more on the death metal type of songs in the band.

Recently the band seems to have had good luck with Canadian adventures, doing a mini tour in Mexico with Auroch in December, playing Covenant Festival Vancouver in June, and an upcoming appearance at Quebec Deathfest. What territories that you have yet to conquer are you excited for?

These appearances and opportunities that Covenant has given to us have been so amazing!! We are so grateful and you guys know that at any time you have a home and a place to tour in México! We are so ready now to hit Montreal in October for our next time, and also I hope we can still work in some more time with Covenant and Auroch, too!

Ok weon, the final words are yours! What do you want to tell the readers?

Immense and Infinite thanks to all in Covenant Fest’s organization (You, Shawn, Mayo, Ana, Emily, Alistair, and everyone involved into this great organization and festival!), to all in Auroch, and all the great and cool bands we got to hang out with on those amazing days! All the best to you brother and to The Covenant Fest a long life!! Thanks to the entire great crowd in Vancouver who supported us!