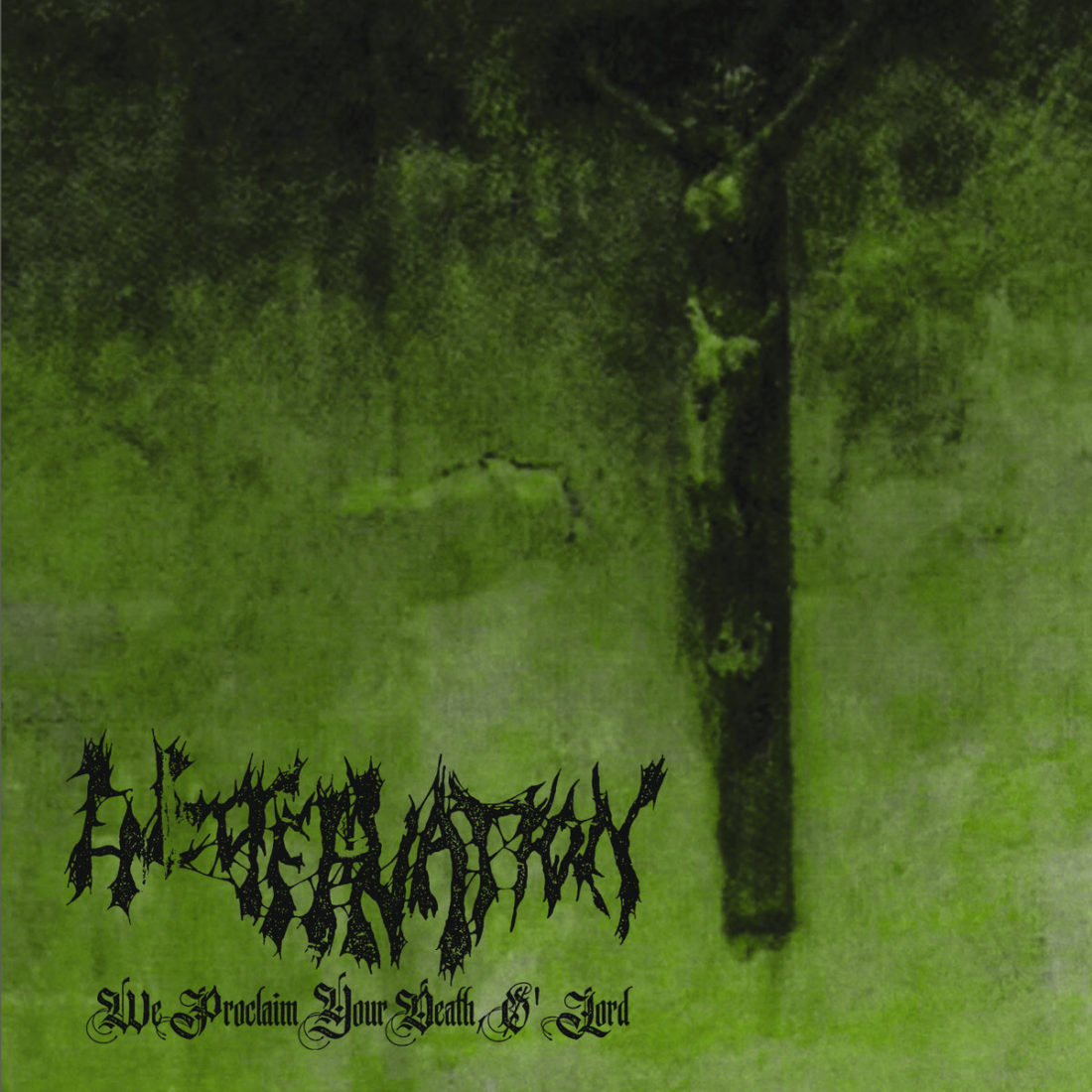 A collection of swansongs from a doomed world, We Proclaim Your Death, O’ Lord is the fourth full length from death-doom band Encoffination, following a gap of as many years. The two-man band features members out of Georgia and California from similarly insidious groups Father Befouled and Vomitchapel (among others.) Drums are by Elektrokutioner (Wayne Sarantopoulos) while all other sounds- keyboard, guitars, bass, and vocals- are performed by Ghoat (Justin Blake Stubbs).

In keeping with Encoffination’s established style, the album is defined by its ultra-low sound and slow creeping pace giving rise to a cavernous and oppressive soundscape. Amidst the tectonic density, keyboard, percussion, and comparatively melodic guitar and bass lines stand out above the cacophony, providing direction to an otherwise inordinate deluge. The atmosphere is encompassing and all-devouring, casting forth a mood that is unrelentingly brooding and bleak. Vocals are almost exclusively low, inhuman growls, at times with a murky howling quality. Drums beat a primal pulse, ominous and spacey or ritualistic and tribal. The cymbals have a raw, tinny quality that contributes to the ambiance of ruination. 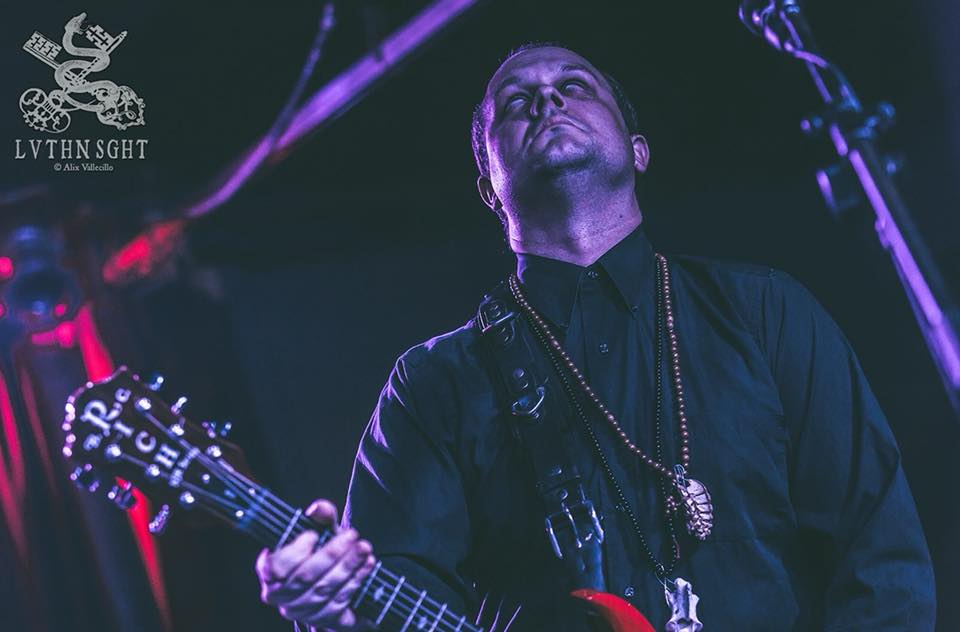 “Ebony Skulls” makes evocative and chilling use of bells and keyboard as accents to somnolent funerary riffs. “Graveside Monoliths” is one of the most interesting offerings of the album, with sudden jarring blips of flatline noise joined halfway by droning keyboard tones in a dense, subtly warbling barrier of sound. “Mysterium Fedei” begins with a thin, churning unease, dragged slowly deeper into a turbulent madness that cumulates with a single shrill, sustained squeal. Engrossing and dominating riffs lumber throughout “The Keys of Hell and Death”, wrapping the listener in the grip of an archaic evil. 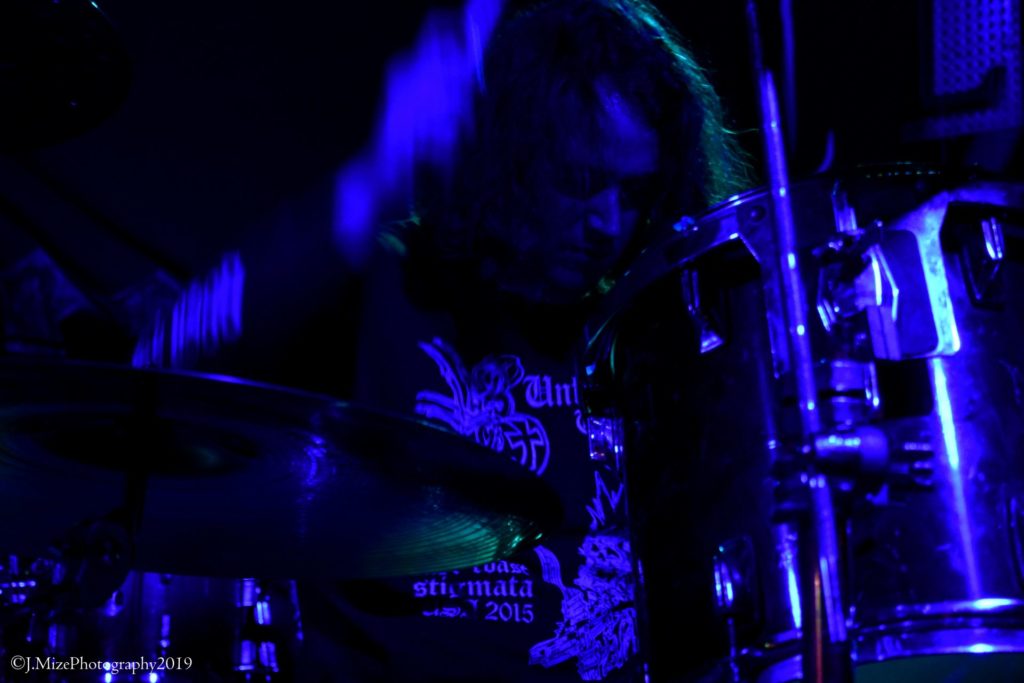 The imagery of the album is a cry from the end times – the death of Christ with no light of rebirth or redemption. The title is taken from the beginning of the Memorial Acclamation of the Eucharist, where the purposeful omission of the completing lines “and profess your Resurrection, until you come again” hangs like a sword of Damocles, promising a tide of decay and hopelessness. Continuing this theme, “Mysterium Fidei” – meaning “the mystery of faith” and typically denoting a lead-in to other ceremonies of holy communion – here is twisted and defiled: the deific mystery gutted of wonder and filled with festering rot and filth. 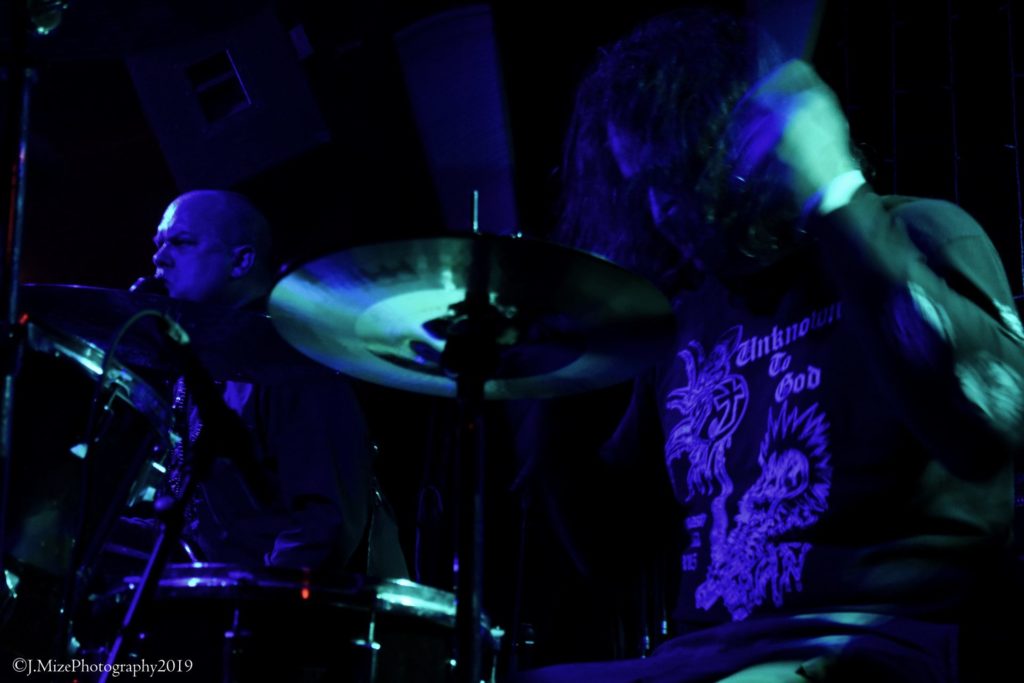 With We Proclaim Your Death, O’ Lord, Encoffination have again conjured forth a pure manifestation of malice and decay, with which they beckon forward all who would jump eagerly into the cold and despairing grip of death.

SELFMADEGOD RECORDS has unveiled the foreboding new album on CD and forthcoming LP. Merch is available from the label as well.