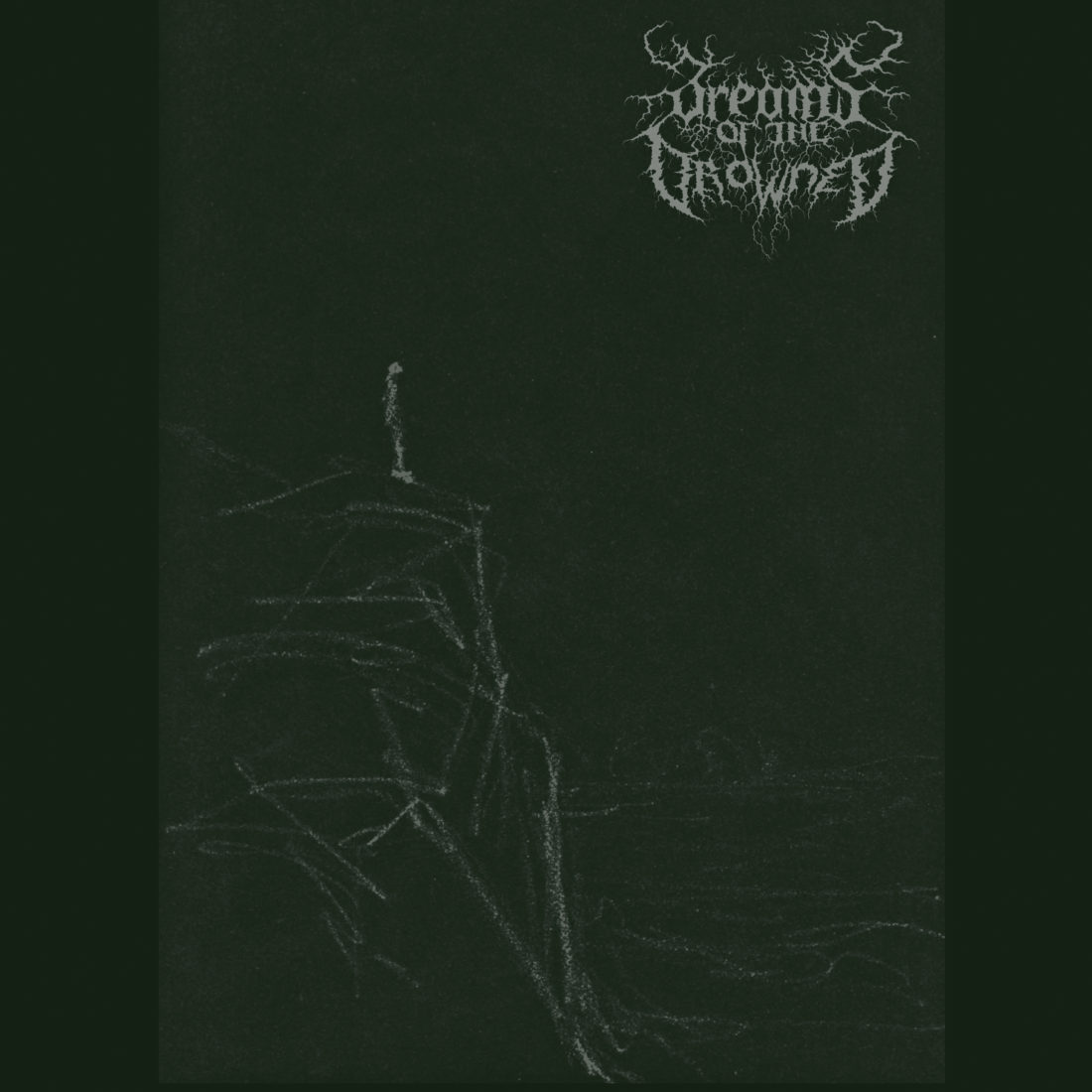 The more we delve into the musical genres we obsess over, in search of the most unknown and obscure, there tends to be a subsequent longing for those initial feelings of surprise and unjaded satisfaction that we have all experienced when we first heard a band like Mayhem and were opened up to this depraved world of sonic fuckery, when it was all still so new to us. The nature of time is that the future builds on the past, and the same is true of artistic endeavors, whether conscious or not, and so as we listen to more music, we come to more frequently anticipate its tendencies.

But despite the fatigue that often times accompanies a saturated style, as with black metal, we trudge on like the proper masochist fanatics we are, endlessly anticipating the moment when something such as Dreams Of The Drowned’s debut self titled full length appears out of nowhere to finally break the spell of uniformity with a bizarre inbreeding of styles that somehow maintains all coherency through technical proficiency and palpable emotion.

It seems almost comical to consider how far black metal has come from its inception. From the stubbornly elitist policy of “true cult” doctrine that denounces all beauty and polish, to the hypnotic seduction conjured by Camille, the singular mastermind behind Dreams Of The Drowned. Taking the snarling visage and lathering it with the woeful poignancy of post punk and shoegaze, Camille’s creative breadth expands beyond borders to bring seemingly disparate elements together and weld them into seamless matrimony. It is a marriage as bizarre at times as it is so powerful, which elevates it above any kind of genre ‘mix-and-match’ fad. 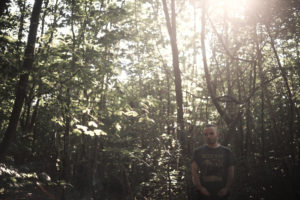 Like a siren to a sailor, songs like “Conciliabules” or “Crawl Of Concretes” hypnotize through crystalline guitar tone and dreamy vocals, lulling one into a trance, even as an evidently hateful malice lurks just behind the veil of beauty. That veil, though, becomes compromised, hinting at the undercurrent of ferocity in “The Revolutionary Dead”, in which the gentle voice is equally at odds with that of demoniac abhorrence, made even more so by such a direct contrast. The song also highlights Camille’s expertise at crafting intensely dramatic black metal compositions, with a section that emotes the chaos of being caught up in an Atlantean calamity.

“Real and Sound” deliberately shifts in both instrumentation and tone, trading the sweeping gusts for d-beat stomps as the strings cry triumphant and bright in celebratory spirit. But even in such an aura of harmony, there resides a constant shade of despair to it all, and a sting to the sweetness.

The juxtaposition of the guitar tone with the overall style of otherwise aggressive play is critical to the character of the album. This clash between strings that would seem more at home from anarcho-punk vanguards like Killing Joke or Amebix or modern dark sounds like Soft Kill or Drab Majesty, and the swirling vortex they are subject to, along with the rhythm section, creates an unreal atmosphere, in which beauty is dangerous. And Camille finds multiple avenues with which to harness his sound, either to bewitch with dark grace, or else utterly stifle the listener with labyrinthine disorientation in “Danced”, which bears relation to a band like Thantifaxath’s penchant for kaleidoscopic insanity. 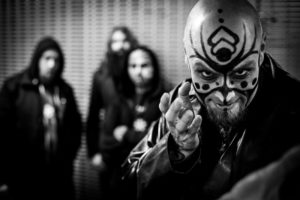 Camille also pays tribute to one of the old guard in the genre, Dodheimsgard, in covering “Midnattskogens Sorte Kjerne” from off their 1995 debut full length, Kronet Til Konge. But in this endeavor, Camille managed to recruit the original voice of the song, Aldrahn, resulting in a track that is notably divergent from the pack, while paradoxically fitting in so well as a piece of the whole and not falling into the awkward pitfall of misplacement that covers often tend to become on a tracklist.

Dreams Of The Drowned is a feat that undoubtedly would have fallen apart in lesser hands, but through a determined vision of bleak psychedelia, Camille has painstakingly crafted an oddity that delivers on multiple fronts with originality and substance. Dreams Of The Drowned is sure to piss off as many conservative minded traditionalists as it will win the hearts of listeners, and it could be said that the merit of a piece of art can be measured equally by the hate it garners as by the love.

Digitally released by DROWNED ANTHEM RECORDS for the spring equinox. To be released on vinyl sometime this year by DUPLICATE RECORDS (Virus, Organ, Beyond Dawn) and on CD for June 15th by CULT OF NINE RECORDS.