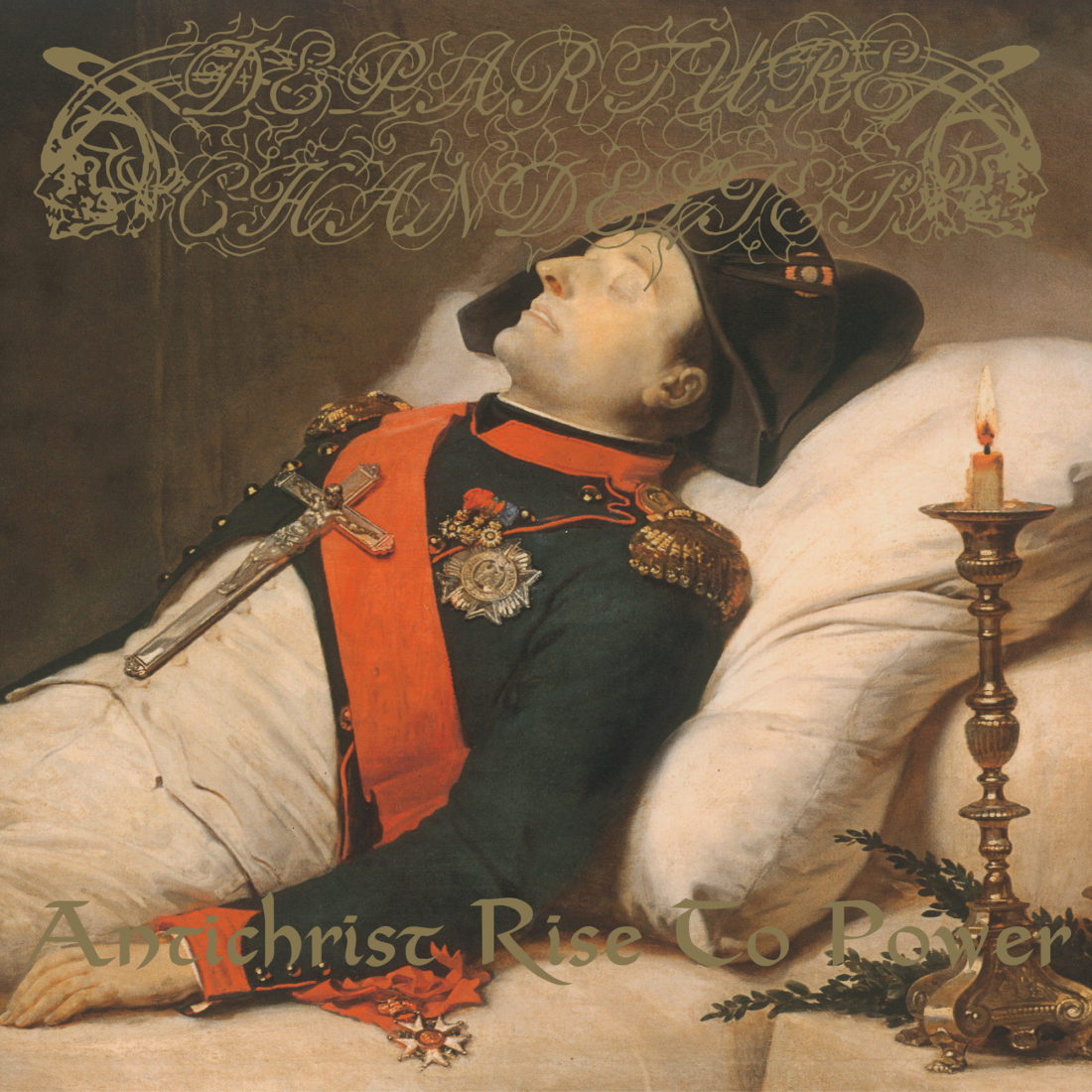 March on, march on! The bells of Corsica ring again and the demon of wrath returns. Departure Chandelier brings forth the violence and despair of the Napoleonic Wars into the 21st century, bellowing the eternal Emperor’s battlecry from the bloodstained France of yore. “Antichrist Rise To Power” is an eternal reminder of the legacy of Napoleon Bonaparte’s cruelty and majesty. Departure Chandelier’s raw and blistered take on what is almost instantly recognized as French black metal invokes power, glory, and the cratered hands of defeat.

The album opens up with the somber scene of Napoleon’s death, the guitars buzz with sorrow and absolution, but death is only the beginning of the emperors immortality. The keyboards play an important part in setting the scene, obstructing your thoughts with a funerary veil, adding to the atmosphere of life slipping away. 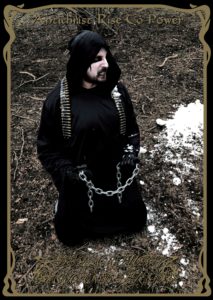 As he dies, Departure Chandelier boldly claims they are “Forever Faithful To The Emperor”. Guitars crackle with anger across the war torn landscape, as triumphant keys lead your charge across the bridge of Arcole and into the cannonfire; swayed by the omnipresent words of a demigod. His Emperor’s glory is only proceeded by his evil. DC pulls you into the “Catacombs Beneath the Castle of the Marquis”. Occult and malicious riffs transitioning into ethereal leads leave you standing awestruck at the Crypt of the Sepultural Lantern, face to face with the bleached bones of those sacrificed to the rule of the dark lord of France. 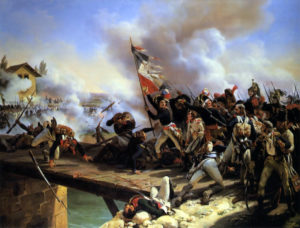 Further you are entrapped within the marble epitaph with the self titled dirge “Departure Chandelier”. No sooner are you thrust back into the battlefield with “A Sacrifice to the Corsica Antichrist”. Whether it is on the frozen plains of Russia or marching the glacial alps, the raw and rime covered tone dub you but a pawn destined for the mausoleum for the conquest of the black king. The final riff on “Re-establish the Black Rule of France” stirs the spirit of revolution inside of you; Decidedly symphonic, There is no denying the feeling of glory above all else.

“My downfall leads me to even greater heights.” -Napoleon Bonaparte

A tyrant born on the day of the feast of assumption, one who rose to the power he despised, fueled by scorn; only to cackle upon the gates of hedonism and rise above his fellow man to an infernal throne of pleasure. Departure Chandelier resurrects the spirit of the true antichrist. With a ghostly aura thanks to the intangible keys and a guitar tone encased in centuries old natron, “Antichrist Rise to Power” keeps the French ideal of radicalizing tradition while weaving a tale of one of history’s most brutal autocrats. Following in the footsteps of Les Légions Noires, the March of the Black Holocaust will be led by the black emperor himself.

Due out on vinyl & CD by Nuclear War Now! Productions on February 28.