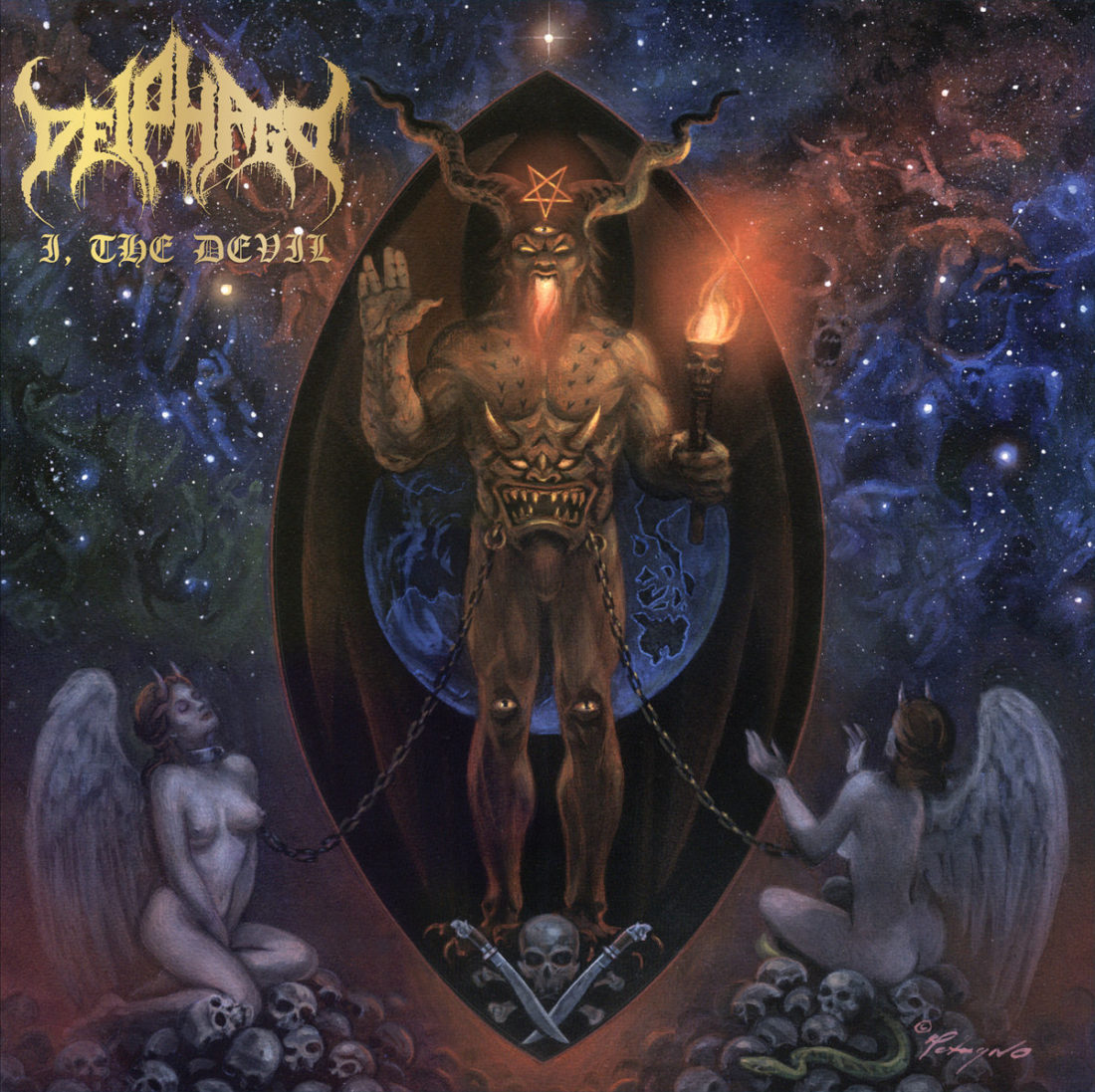 Old demons die hard. Deiphago makes a triumphant return from the underground in a blaze of astral glory with I, The Devil. Long time Filipino-cum-Costa Rican miscreants have an impressive roster under their belt, hailing as early as 1989, but often go unnoticed despite their uniquely blistering sonic assault. Often caught between renowned producers, many such as legend Colin Marston have struggled to properly encapsulate such a dense and chaotic sound, but have found a proper balance in the hands of Kurt Ballou. Instantly recognizable brutality is brought to new highs with a sound that’s appropriately powerful but not obscured in the murky darkness that Deiphago generates.

I, The Devil wastes no time brutally assaulting you with the first track, “Quantum Death”. It opens with a primordial scream from the stars and quickly makes you recognize the depravity and filth you will quickly drown in. The first thing to notice about any of these tracks is Erick Mejia’s completely psychopathic drumming ruthlessly dispatched in a flurry of blast beats and schizophrenic fills. This is perfectly complemented by flesh rending vocals and implacable riffs that hail down like demonic meteors. Each track is permeated by a dissonance that keeps you guessing throughout; not one riff is predictable.

Even with tracks like “Deus Alienus”, which has a classic punky thrash influence, you are always kept on your feet by the insane pace of cosmic insanity. Each solo on the album represents a demonic wormhole that tears away at your epidermis in the fiery rift of Satan, both intensely technical yet enveloped in a swirling chaos that challenges you with teeth bared. Songs like “Chaos Protocols” and “Anti-Cosmic Trigger” delve into the a progressive realm with a longer and connected form, displaying Deiphago’s technical songwriting prowess while never dropping a beat in the eye of the massacre. The final track, bearing the albums name, is a twisted culmination of all the agonizing motifs previously set in place, resulting in a blazing spectacle that leaves you exhausted after your mind has been ground to dust. 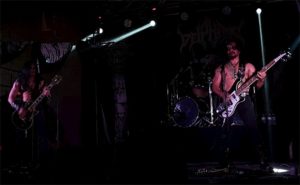 Deserved of Kurt Ballou’s signature noise level, Deiphago finally achieves astronomical greatness with the never ending search for the perfect production that compliments their unrelenting sound. Each fragment of bedlam is flawlessly delivered with keen methodology that separates veterans from fresh faces. The final flourish is how an album with such ferociously ridiculous concepts are treated with grave seriousness, allowing you to suspend your belief and dive deeper into the rift. It’s time to recognize Deiphago for their years of dedication and clandestine adherence to their diabolic art, as I, The Devil cultivates bestiality to new levels.

HELLS HEADBANGERS is proud to present DEIPHAGO’s highly anticipated fifth album, I, The Devil, on CD, vinyl LP, and cassette tape formats. The album shall be released on the symbolic date of April 30th: Walpurgisnacht.