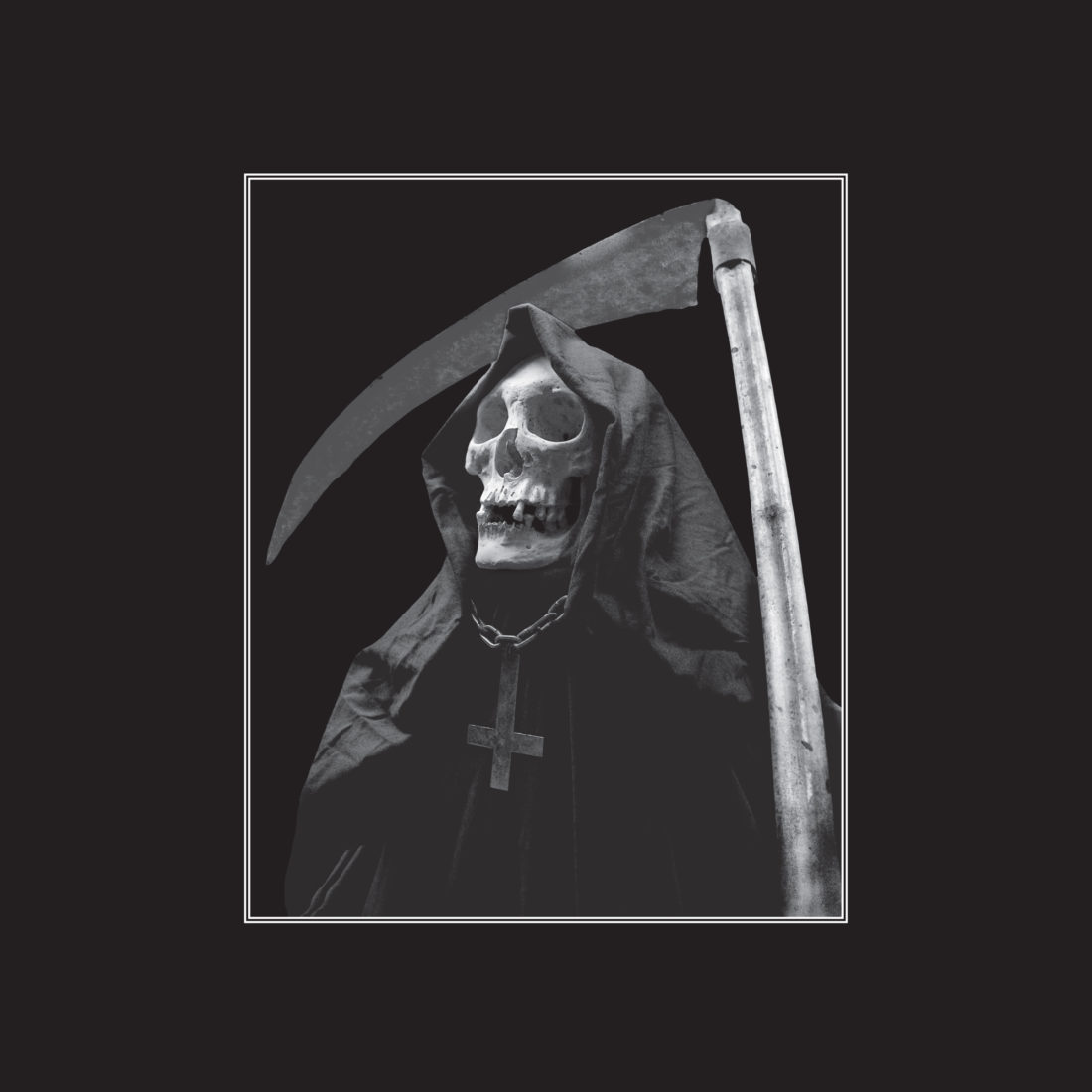 You don’t have to look too hard to feel a tremor of doubt  for the future of the species. In a time where the only real ‘good guys’ are those we fabricate in fiction, and we find ourselves surrounded on all sides by people we care nothing for or loathe entirely, Death Worship’s latest EP, End Times feels aptly named, and gives an added layer of significance to the four track sonic holocaust that comprises it. Indeed, every track is its own self contained apocalypse.

Going into any Ross Bay Cult project, there is a sense of expectation in what you’re getting into, and Death Worship are absolutely no exception. End Times retains all the hallmarks of what makes up the bestial style, but maintains its own individuality in an exceedingly saturated subgenre. Taking a stance of sovereign creative control through Death Worship, apart from his role in Blasphemy, R. Forster reminds us why the Canadian war gods took him into their ranks in the first place.

It cannot be understated the difficulty to work within a paradigm as specific in its sound as what is known as “war metal”. Whereas a term like black metal has come to span a vastness of tangential sounds, this degree of bestial metal is a defined and much more specific niche. It’s no bullshit, full charge, maximum violence, and oftentimes, bands lose themselves in the primitive execution, either relegating themselves to an uninspired rehash of past ideas or failing to make anything worth listening to in the first place. But Forster helped make the genre what it is through an equal grasp of style and substance. In Death Worship he seems to be taking elements of his own past work in Conqueror and his current place in Blasphemy to find a middle ground between the two that can stand on its own. 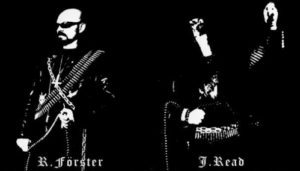 Once again recruiting his co-conspirator in Conqueror, and Revenge mastermind, J. Read on drums, Forster makes a slave of the listener, entrancing them with rabid guitar and bass as Read stomps them into the mud. Every track is masterclass in primal riffing and anarchic solos that disregard all pretenses of order and theory. At times leaning more on the side of classic Slayer, or else grating like cold razor wire as both Forster and Read had first done back in 1992 with War. Cult. Supremacy., they remain constantly in motion.

While End Times rarely loosens its grip on the listener, arguably the most brutalizing of the four tracks is the third, “Slaughtersiege”, which emulates the multi layered nature of poliorcetics through the constant shifting in drumwork as Read schools the listener on the breadth and power of the hammer blast, impressing the crush of a battering ram, while Forster’s tangled solos instill rampant paranoia. Vocals consist of a dual roar from both Forster and Blasphemy’s own Nocturnal Grave Desecrator And Black Winds, each with their own unique tone, and which merge into the voice of one possessed. From a production standpoint, the vocal element seems to be at odds with the sound of the instruments. But rather than detract, this actually enhances the music’s aura of conflict as the shrieks and bellows strain to be heard amid a clashing maelstrom of noise.

In End Times, Death Worship isn’t revolutionary or innovative and doesn’t try to be, but Forster maintains his reputation of consistent quality, exercising will uncompromising. Instead, End Times fulfills the ancient urge for savagery that lurks in the basest recesses of the psyche.

Your end of days is available through Nuclear War Now! Productions on vinyl & CD.