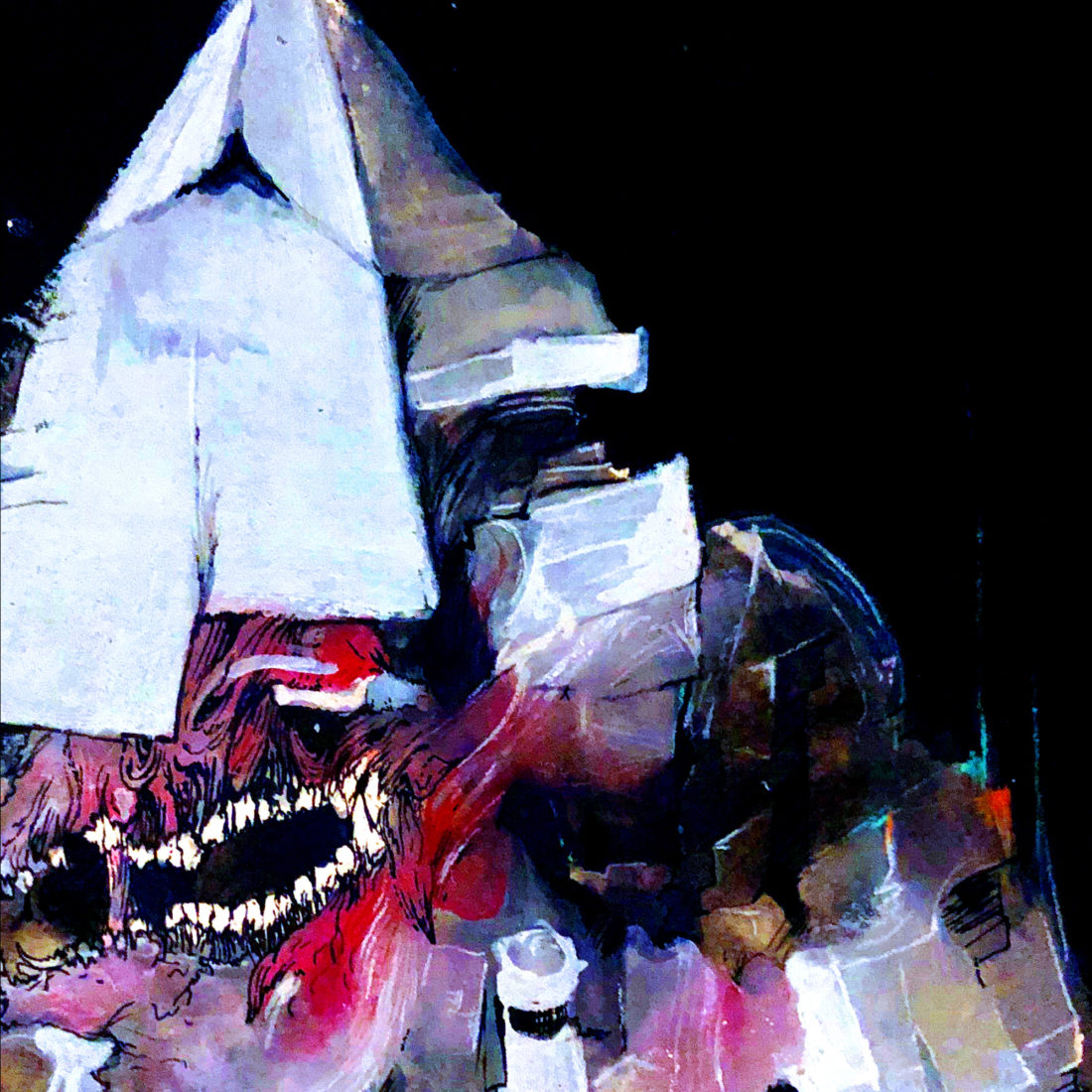 Evolution often comes gradually but sometimes a sudden spark can ignite a drastic change within an instant. Crowhurst’s newest release III is a drastic departure from previous work presented in a tragic tale of lust and failure. We have seen the progression of Jay Gambit’s noise project morph into black metal, but a change this drastic is unprecedented, yet welcome in its brilliance. Described by Gambit as the album “he’s always wanted to make”, III is a gloomy and gothic introspective look into intense obsession and depression. Melodic yet intense, the album has an epic orchestrated sound to it drawing from an almost innumerable amount of influences, defying any set genre while doing so.

The opening track, “I Will Drag You to Hell”, opens with a choir backed by an opulent cacophony of black metal riffs and blast beats played at breakneck speed. It is a fitting opener to set the stage for a bleak journey into the abyss of the human psyche, yet incredibly jarring given the pace of the rest of the album, thrusting you into despair with a daunting momentum. The final lyric “into the earth with lust”, piques your interest into where it will go from here, but does not devalue the melancholic refrains to come.

The song “Self Portrait With Halo And Snake”, is a soothing refrain from the previous violence. With clean guitars over doomed vocals, it recalls the stylings of The Fields of the Nephilim, containing a traditional gothic flair but not without a southern rock influence. The song is a contemplation of the need to dive into despair when all seems to come to dust. The lyrics: “Enraptured, unravaged, falling forever into lust, you are the mirror I stare into, the distant reflection,” commandeer an acute feeling of longing, grasping for an escape from the pain that is ultimately seeded in nihilism. What sticks out here is when Gambit cries “I’ll be twisting my limbs, I’ll be waiting for you,” and “I’ll trade it all away to never see the light of day again”, furthering the theme of isolation, placing all hopes on obsession of salvation from another human being, all while diving into the darkness unabashed. 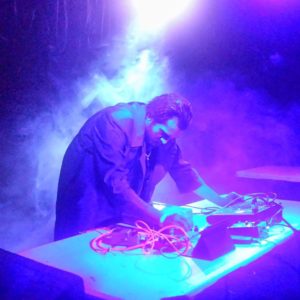 The next track “The Drift” takes on the form of a more traditional shoegaze sound, guitars drifting and dancing like waves, composed ingeniously. Drifting and glazing over you while you drown in madness, reinstating the delirium of intense depression, driving you insane. The lyrics “A face you can’t remember”, and “walls are stretching, writing on the walls”, bolster the aura of delusion, while the guitars endlessly layer over each other creating an orchestral composition, adding grandeur to sickening hysteria. The lyrics “The watching void, can you hear the whimpers, I will die under you”, drive home the mania, and the song ends in radiant backing vocals as you drift further and further with the song.

“La Faim”, French for “the hunger”, is initiated with a guitar tone that is all too familiar to anyone who is a fan of Celtic Frost, with vocals reminiscent of Glenn Danzig. This is another shining example of III’s shapeshifting form, all while maintaining a consistent theme and mood. The doom inspired riffs are marred with continuing themes of hopelessness, which fits utterly. Lyrics like “I will never know tomorrow”, and “No one will ever want me, No one will ever need me”, convey the acceptance of true loss while contradicting the theme of the hunger, ever wanting more, as is the self obsessed plight of the human being. The droning doom riffs are abruptly cut off by harsh noise breaks, evoking Crowhurst’s vast noise library, once again demonstrating their mastery of refusing to blend into a single genre. Jay Gambit stated in his interview with bandcamp “… Genre really isn’t a thing. Everything is a little bit of everything”. This is apparent in all Crowhurst releases, but III is the truest demonstration of the phenomena.

“Ghost Tropic” is the climax of the forlorn trudge, reflecting upon the gruesome sentiments set previously. Commenced by an alluring yet somber riff and the harrowing lyrics “ I will breathe underwater for you, crawling bone fragments hanging, like the trash I have become, cigarettes are burning, bleeding for the white light, lost all sense of purpose. Compromises, second chances, debts are never under stepped”. The lyrics show the reluctance to step back into the light due to the warmth of the void that they have dug themselves into. It breaks mid riff triumphantly into a heavy passage where it is chanted “there is no light here”, over and over , refusing to accept that there is anything beyond the pain that is present in the moment. This is also apparent in the lyrics “I swear I felt it, something warm, chasing a dragon, just a ghost”, and “Must I shed our skin, orgasmic void”, reaching for something non apparent to pull you out of a despair that was created by yourself, a task that is nay impossible. It is finished by Gambit screaming “Turn it off”, again repeated exasperating the intense despair, reaching for something that does not exist and experiencing the pain of the tangible daylight.

The epilogue of the album, “Five Characters In Search For An Exit” cripples you with a deep rumbling bass tone and a fierce guitar riff violently wrapping up a grim and excruciating experience. Defiant to the condition of mankind, Jay shrieks “In a torrent of glory, we will vomit soon, wearing the noose, just to survive, no mercy, we will be forgotten, nothing will change, we rot, broken life of glass”. This refers to the mirror that we have been staring into the whole time, yet shatters it representing how individuality is ultimately the force that causes us all to die alone. The album is forcefully closed shut with an abrasive four minute noise finale over the howls of “There is no end in sight”, leaving you completely broken in the face of complete despondency. 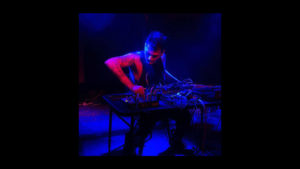 Each track of III is a genre blending triumph, often leading with softer influences but almost always concluded powerfully with pain and strife. With a massive library of over 87 releases, (most of which are noise albums), Crowhurst sets themselves apart with something completely new, shattering all expectations with an amalgam of styles and an austere message. Jay Gambit’s enigmatic place in the global underground scene is cemented in this release, showing that he is unbound by traditions and can explore any number of themes and styles with grace and power.

III is the final part of a three-album-cycle by Jay Gambit a.k.a. Crowhurst. Released on digipak CD and black vinyl by PROPHECY PRODUCTIONS.