From the shores of the Pacific in the mossy northwest forests, Crooked Mouth & Headstone Brigade unsheathe their best work to date reflected in their video for “Knife”. The two allies have joined forces in their collaborative album Crooked Headstone that continues a genre tradition of interwoven sounds and themes. The aggressive hooks, driving instrumentation, and pop sensibility immediately establish “Knife” alongside the upper echelon of the neofolk/darkfolk songbook.

“This is a song about betrayal. We’ve all had knives in our backs, but instead of playing the victim it is more useful to remember that history looks poorly on traitors and those who turn their backs on their friends.

The music was originally a simple chord progression that would not leave my head, which, in an instant seemed to summon the refrain “you put your knife in me.” An almost sickening juxtaposition of musical atmosphere and lyrical content, typical “totenpop”.

Egan added staccato accordion and vocal harmonies to my arrangement when we started the “Crooked Headstone” project during the March lockdowns. We had decided to begin a much-discussed collaboration from our own studios. What started with a few songs quickly became a full-length album, and some of our best work.” 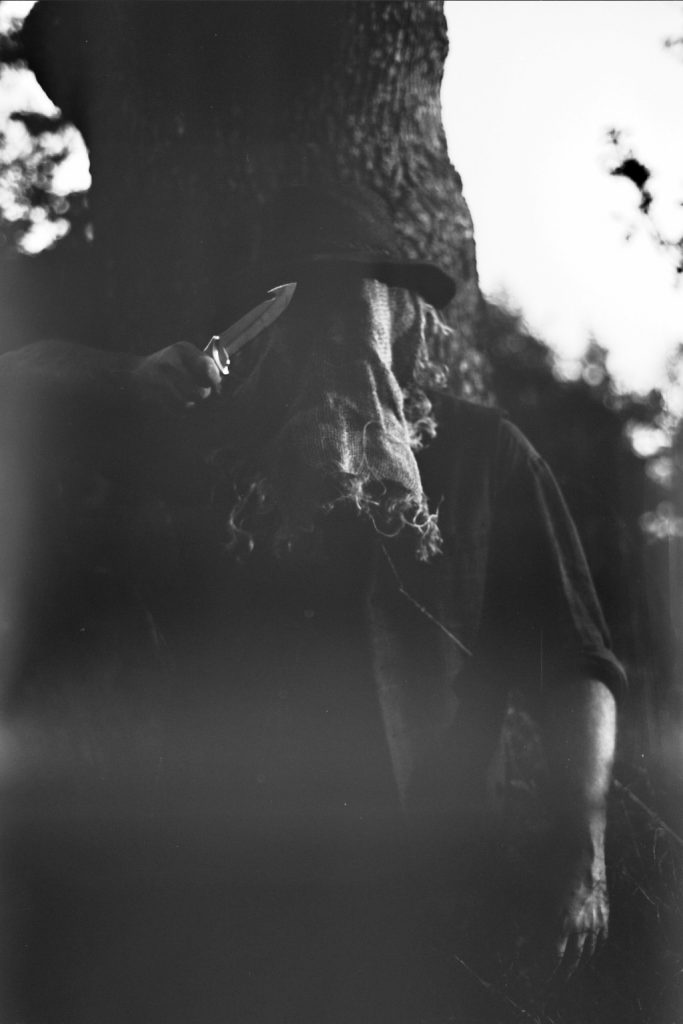 The album is set to be the first darkfolk offering from Italian label (and longtime friend of the Covenant) I, Voidhanger Records. Preorder the digipak CD strictly limited to 200 copies now.