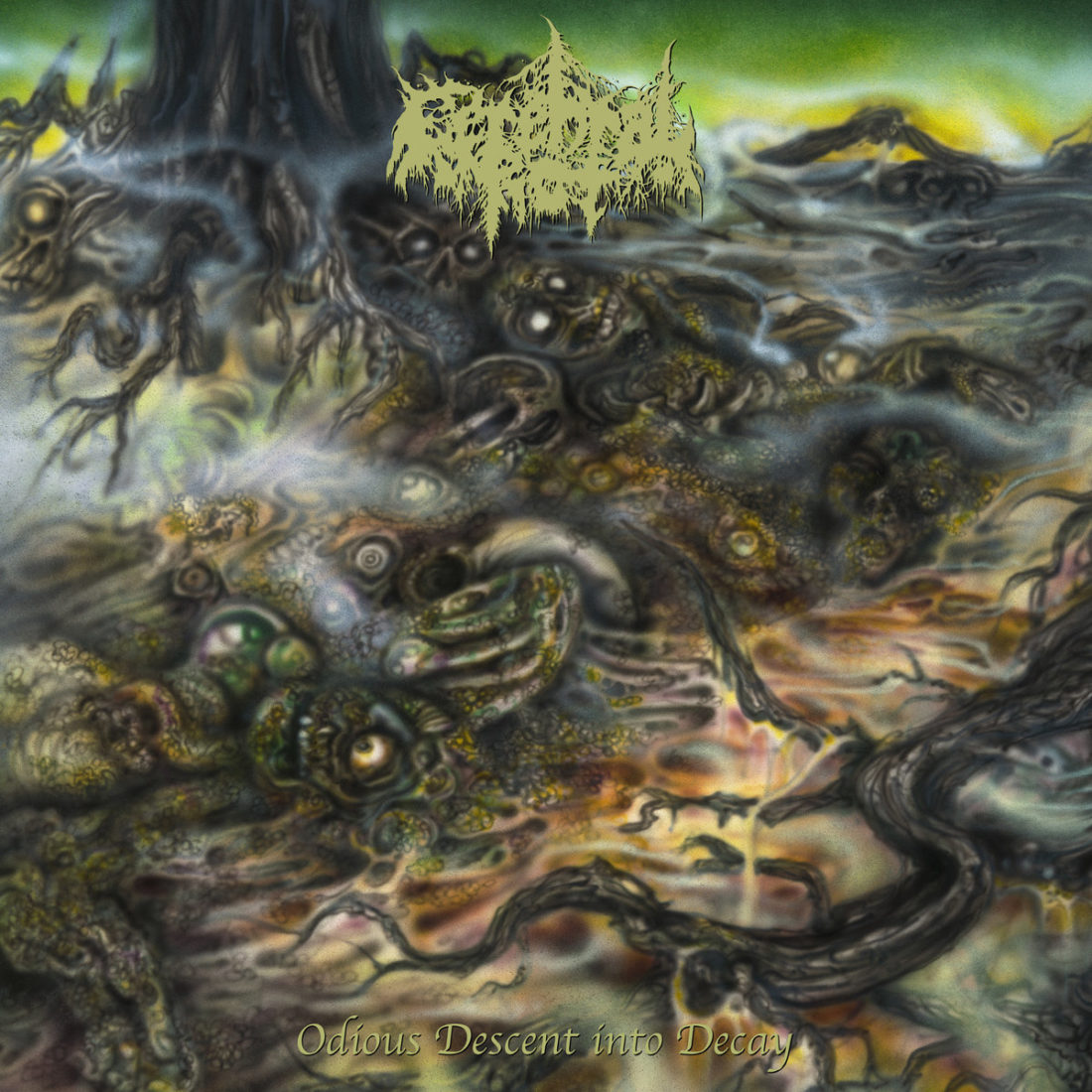 The True essence of death often lurks within more primitive forms, a cruel undying cancer, miasma evolves from the uncontrolled growth of simple cells. Instead of relying on innovating with new ideas, forgotten knowledge can be revived and and refresh our minds on presently unearthed ideas to fill the unexplained void. Cerebral Rot fills that void completely with new release Odious Descent into Decay.

Dredging up forgotten sounds like exhuming a corpse already twice rotten, Odious Descent is both highly original as well as an expertly crafted tribute to ancient Finnish death metal in its infancy. While last year’s Cessation of Life EP was more streamlined yet still vastly punishing, Cerebral Rot lops the skull off the new release with reckless experimentation to create one of the most memorable death metal albums in recent memory.

The opening track bearing the title of the album is led in with an acoustic passage full of dread, an often overlooked key piece to creating a piece of music that is truly off putting and disgusting. What follows is a hideous maze of concrete beatdown riffs, pulsing blows to gray matter, full of excitement deceiving you of the uncharacteristically long running time of the song. The second track is where the crust begins to peel from the polluted mass of decomposition, aptly named “Swamped in Festering Excrementia”, encapsulating the entire aura and motifs of the album. There is little to impede on how repugnant Cerebral Rot can get. After being led to the sepulcher by distorted vocals and a plodding intro, you bear witness to unbridled filth by one of the most depraved riffs I have heard in years. Simple yet brutally effective, the mid tempo guitar is met note by note by the drums, ridding the line between slow and right in the middle. Its uncanny nature gets inside your head and invokes abominable images from the very recesses of your mind. 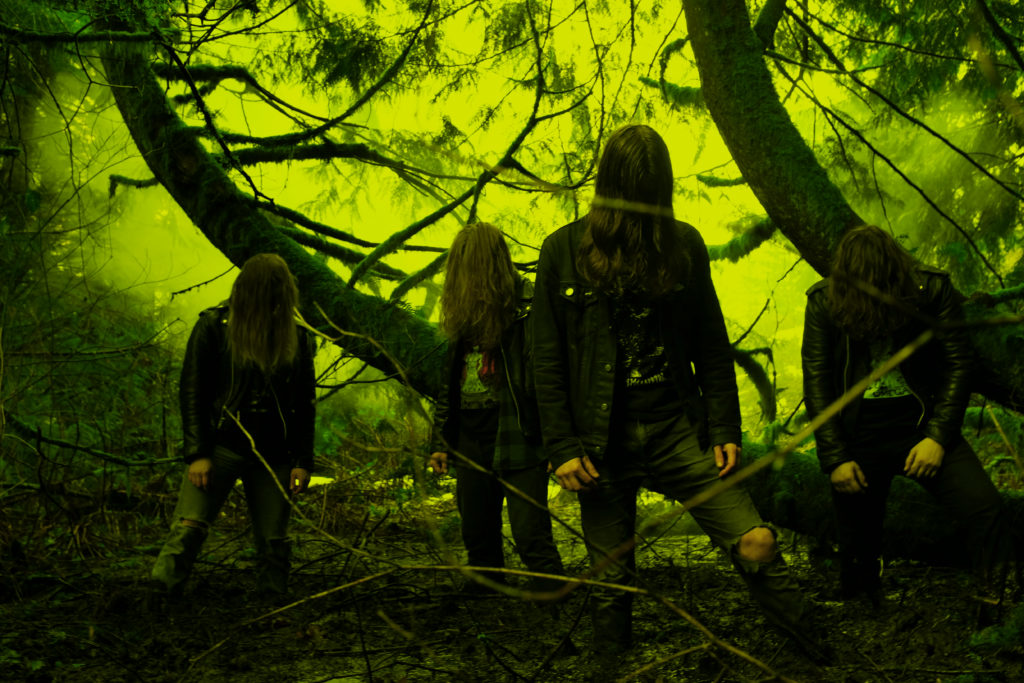 Many of the vocal passages on these tracks are downtuned and distorted – gory techniques excavated from bands like Xysma and Necrophiliac. This technique hasn’t been exploited this effectively in quite some time within the realm of true death metal, and is understated in how much of a role it plays in creating such an uneasy ambiance. Riffs are broken up by a clever use of flanger transitions, reeking of fear, as if witnessing flashes of a sinister appendage within the grime of the swamp of sewage. Solos often employ an ingenious use of effects as well, tones fading in and out, a living pulsating creature of its own.

Each track follows the diabolical formulae of foul encrusted guitars and bass, drums with guttural nauseating bass pedals and cymbals of sandpaper slid slowly against the skin, and vocals spewed forth like choleric vomit, ripe with stool. Each solo seems to have its own organic feeling, each its own hideous beast, harkening back to Blessed are The Sick era Morbid Angel. With albums like Odious Descent into Decay and other repulsive abominations similar, the apex of what drives them is the perception of overwhelming fetor, one that makes you feel incredibly unsettled in an aura of oxidizing necrosis that you can almost smell while listening.

Cerebral Rot does not need to rely on tricky riffs and dark sorcery, they prevail by spawning a sound that’s both brutally honest and stunningly violent. Every risk they take adds to their decomposing repertoire, excavating every disintegrated corpse of a bygone era and reanimating the repellent dauntlessness of 90’s gore metal. Ian Schwab and his band of despicable gravediggers spawn one of the most exciting and equally detestable death metal albums in recent memory through sheer blight and barbarous mayhem, where straightforward candor shine through the boughs of the cypress of the morass.

20 BUCK SPIN continues its 2019 campaign of carnage, presenting the tumultuous debut LP from this Seattle US death metal outfit