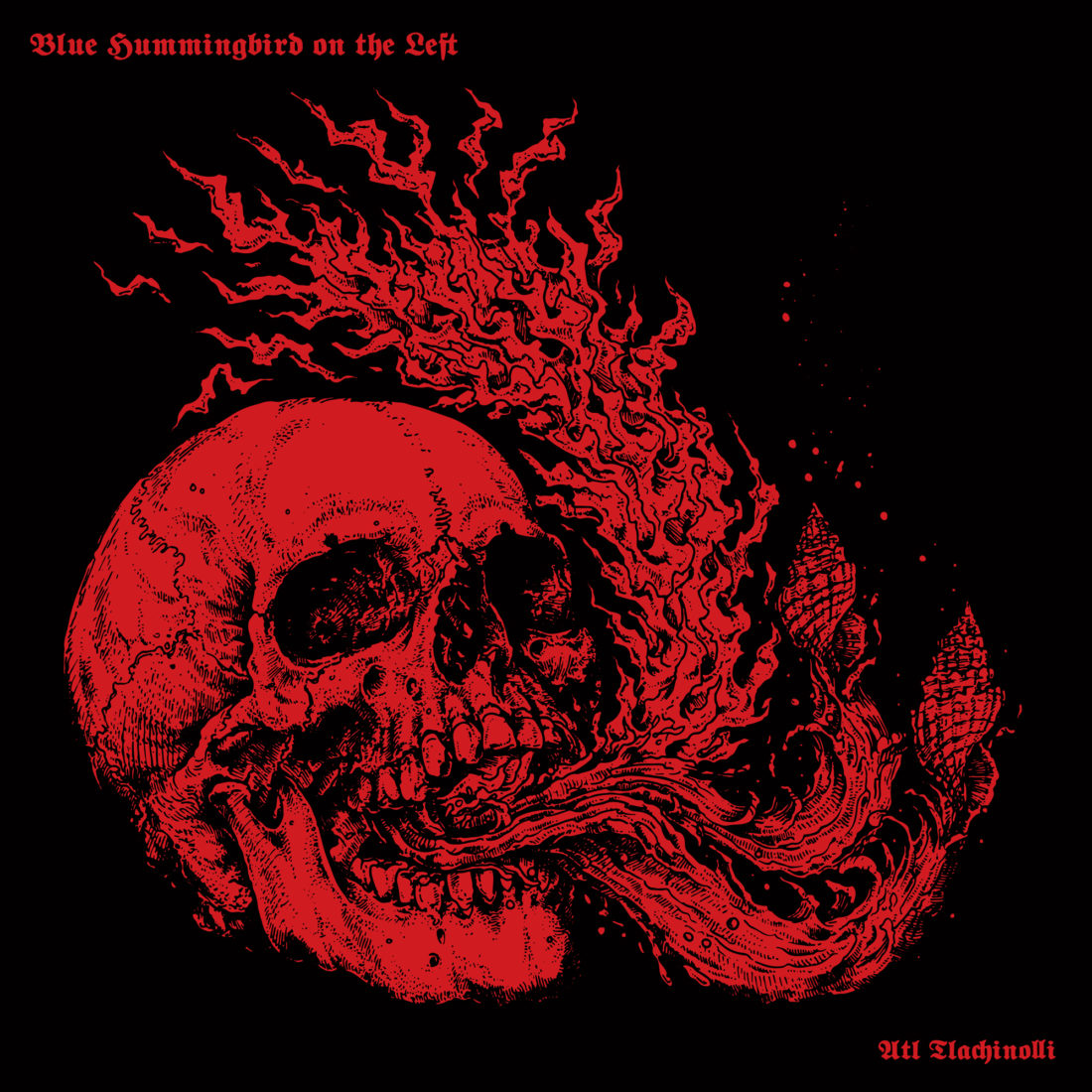 The time for sacrifice and conquest is at hand once more, and Huitzilopochtli demands blood to stave off the night eternal. Blue Hummingbird On The Left have answered the call in glorious fashion with their first ever full length proclamation of Aztec superiority in “Atl Tlachinolli”, an assembly of formidable black metal war cries, steeped in ancient Aztec mythology and reverence as only the Black Twilight Circle can provide.
With never a moment of lesser quality throughout a merciless nine song campaign, BHOTL manage to capture a varying spectrum of emotion and atmosphere, reflecting the aspects both elegant and primal about the ancestral Mexica culture. Seamlessly, the band grasp a style mainly associated with the frigid pagan reaches of Scandinavia, molding it to compliment the Aztec war party as it raises banners and terrorizes its enemies.

“Sun/War Club” opens to the sound of ominous tribal drums and haunting whistles, a recurring atmospheric tendency, and the prelude to the inevitable slaughter of Atl Tlachinolli as BHOTL burst into a hale of riffs and thundering hammer blasts, with the howled cries of Tenochitlan warriors emerging overtop the assault toward the end to freeze the blood. “Sun/War Club” serves as a perfect encapsulation of the whole of the album.

One of key points of distinction on Atl Tlachinolli are the vocals, which are imbued with an echo effect that endures for the entirety of the album. And while, in theory, such an approach might seem like a surefire route to annoyance or fatigue, the voice of BHOTL retains all power, as though making proclamations over vast distances with the voice of a living war god. The pace at which the vocals are spoken, too, seems to take into consideration the nature of the echoed effect, with lyrics all fittingly timed, so that they do not become an overlapping mess, maintaining the necessary gravitas when honoring the master of the sun in “Hail Huitzilopochtli”. 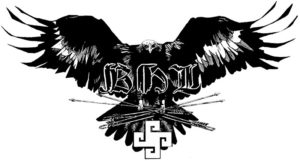 But looking past the peculiarities of cultural inspiration, like any Black Twilight Circle endeavor, the metal foundations of the music are just as steadfast and lethal. The riffs on “Rain Campaign” encompass an epic struggle of grand proportions. Tremolo strings cry out the tragic fall of unknown heroes and quaking charge of armies, capturing the expanse of a full on ancient military struggle lost in time. “Life Death Rebirth” strays more into a tooth gnashing death metal groove that is downright intoxicating.

Atl Tlachinolli will no doubt end up on many an end of year list. It is the channeling of the muse to its fullest, building on a sonic template that we know all too well. There is a genuine sense of pride and affection for ancient Aztec history that feeds into the songwriting, mutating the conventional into something wonderfully divergent and fresh sounding.

Blue Hummingbird On The Left (and in turn Black Twilight Circle) can be seen as, among other emerging bands, exemplary of how far extreme music has come, as well as what constitutes such a label. Extremity is more than simply how fast or brutal a band can be, but also where they go to for their sonic inspiration, and oft times one begets the other. In this information age and endless sea of uninspired rehash parading as ‘trve’, it is bands like BHOTL and an album like Atl Tlachinolli that remind us how genre restraints are only illusory.
Tremble in the wake of the Black Twilight!!!