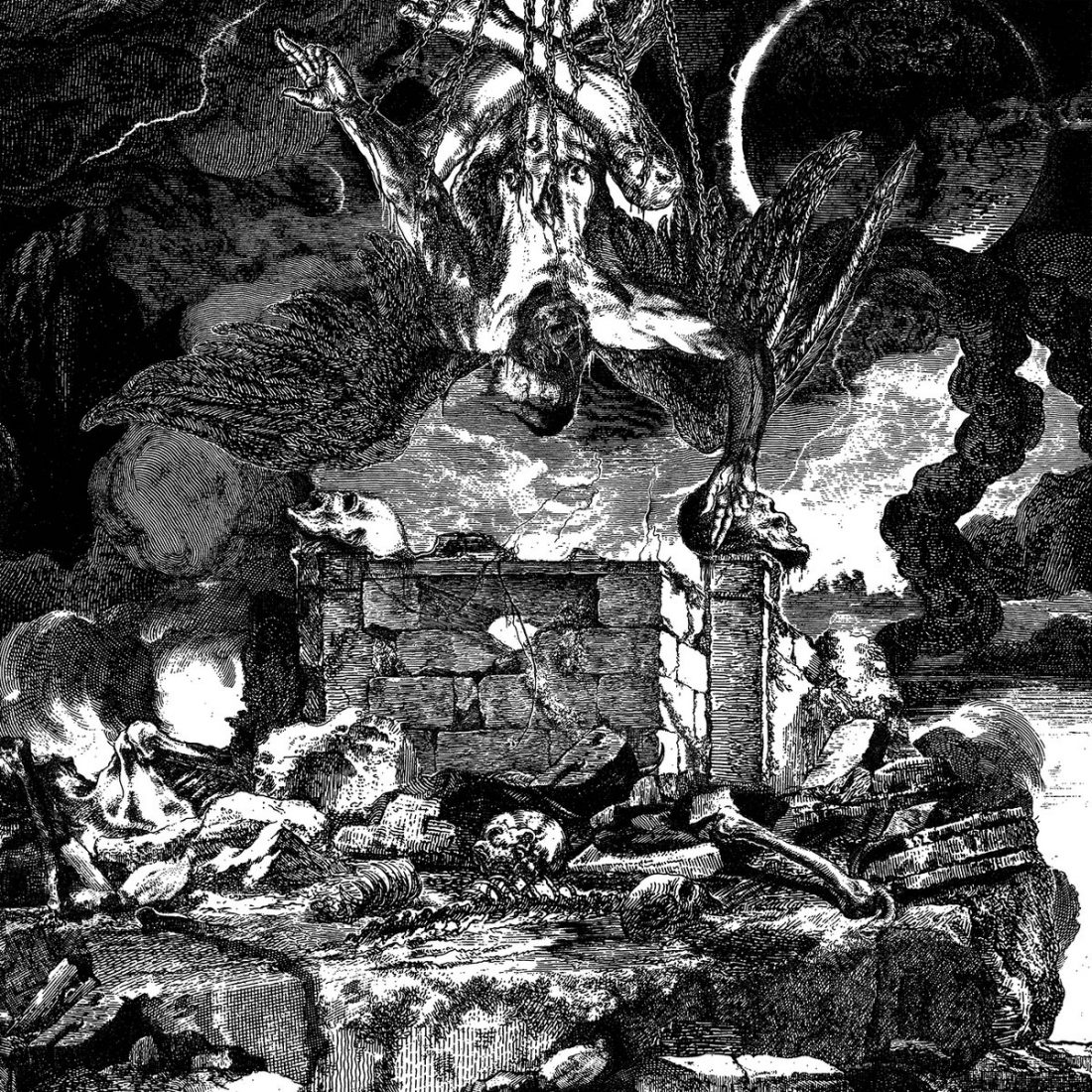 For years a hushed pact of ill intent has been brooding in the Canadian underground, a conspiracy aimed at the mind and soul of any who would fancy themselves fanatics of the extreme. This entity is known as Azothyst, and like an abyssal creature of myth surfacing from out of the black waters of mystery, the band has finally come into the light, brandishing Blood Of Dead God.

We can only speculate where the seeds of inspiration originated, or what the band’s true intentions are in crafting such a work of concentrated inverse-energy. Blood Of Dead God imposes thoughts of gnosis and cataclysmic upheaval, projected through the lens of black-death metal ferocity.

Little is known about the enigmatic assemblage that constitute Azothyst’s members. Drawn from across multiple projects among the Canadian underground elite the likes of Sortilegia, Nuclearhammer, Adversarial, and ancients Thy Flesh Consumed, these various aural sensibilities converge to birth something both rooted in, yet unlike, any of the aforementioned projects. The cinematic awe and utter cynicism of Si Monvmentvm Reqvires, Circvmspice era Deathspell Omega interweaves with the otherworldly brute force of Morbid Angel and the militant weight of Diocletian. But to simply describe by way of referencing other bands would be doing Azothyst a disservice. The band speak their own musical language and embody a singular entity that feels horrifically realized from the first moment. 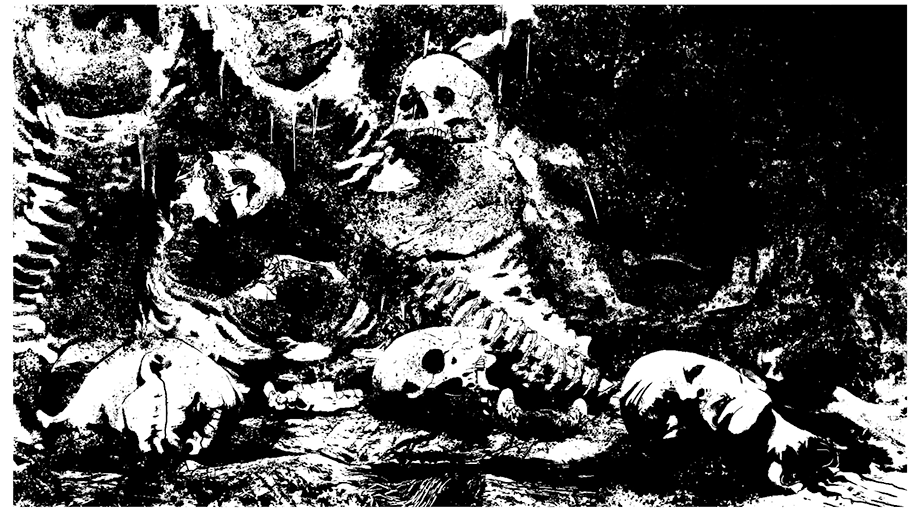 “Rites Of Ascendancy” acts as the threshold, and in that it is a severe border between silence and total chaos. The spectre of the end is urgently thrust upon us, as though the band are anxious to complete this circle they have begun to carve out, else they themselves be consumed by the forces being summoned. Without the luxury of ambient introduction, the listener awakens to a swift plummet of unceasing blast beats, which manifest like an airborne toxin, punctuated by thunderous bass drum hits that emote the protests of chained titans.  Intricate structures of abyssal architecture spill from the ailing guitars.  In concert these disparate parts project an epic tragedy of mythic proportions, of gods destined for the void.

At no point does Blood Of Dead God toy with frivolity. Even the notably scarce ambient interludes feel purposeful, if only to bolster the inevitable torment ahead, like the barriers between Dante’s satanic bolgias.

With an unflinching gaze aimed at the event horizon, Azothyst race onwards across a sonic landscape in violent flux, but no less painterly in its textures. It is a canvas multifaceted, but retaining a consistency of vision that few bands are able to execute so completely. 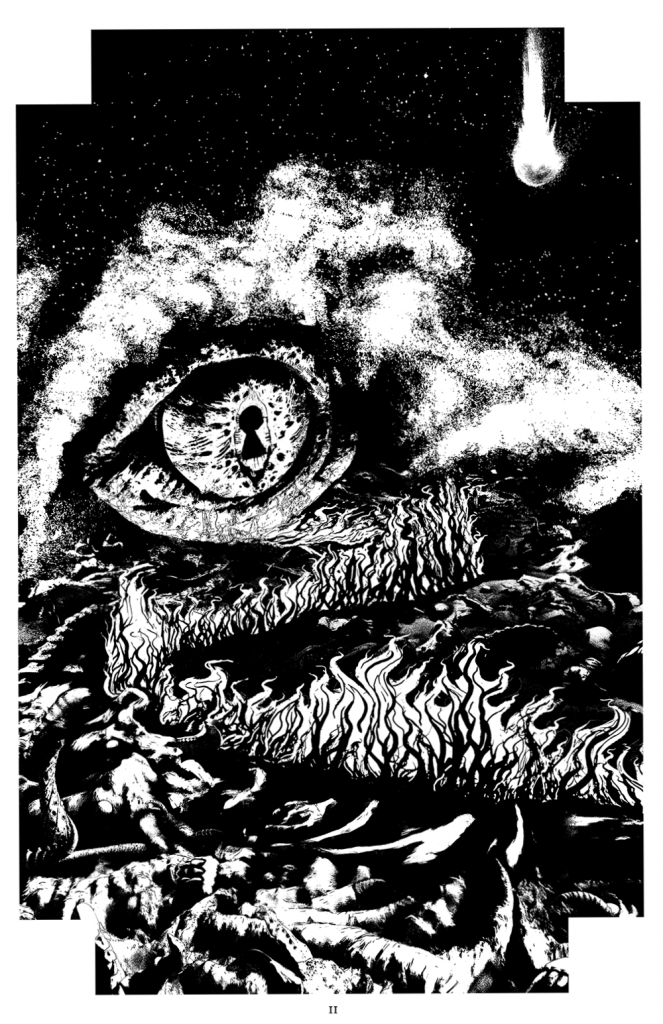 “Bestial Blood Temple Of Ritual Predation” earns its namesake in the rabid clash of atmosphere and barbarity it encapsulates. The cancerous imprint of French black metal wrestles with the primitive urge of Canadian war pioneers such as Conqueror. The vocals in particular shine in their striking rhythmic attack, augmenting the batteries of bass and drum to create moments of almost tribal fervor.

The album reaches its ultimate apex in “Graveless Mass”. Undoubtedly the most doom-laden song on the album, Azothyst portray an almost droning repetition that steadily mounts in intensity until the ritual is complete and silence inevitably wins over the maelstrom.

Blood Of Dead God exists as a depiction of morbid grandeur in the grip of total Armageddon. Azothyst offer up a work of great intricacy that plays to the greatest strengths of extreme music, never subservient to genre tropes or boundaries. It promises deep satisfaction for those willing and able to both persevere and embrace the storm, but provides no aid in the journey. In many ways, this is a cold-to-the-bone work, that settles for only the essentials, stripping all fat from the body. No bullshit – no weakness. Ultimately, it stands as testament to the pedigree of evil that Canada can still conjure up.