Several years ago, Mexico’s Cold Poison appeared out of nowhere from deep within the shadows. An unnamed artist with a style beyond many of his contemporaries was first noticed for his impeccable etching “The Devil’s Arch”. It was through this uncommon medium that he first caught the attention of our collective. His work is an intersection of twisted medieval woodcut, harrowing stippling, chthonic yantra, and Illuminated black metal manuscript. At once stunning in beauty and deviously enchanting, his pieces have adorned album covers for some of modern black and death metal’s greatest: Ofermod, Vassafor, Devouring Star, Auroch, Shaarimoth, and so many more.

For one of the first times, the man behind the work speaks of his process, inspiration, and the inextricable link between art and spirit, and Covenant ‘Zine was there to listen in the 2nd installment of Ars Moriendi. Sit back and enjoy this profound discussion! 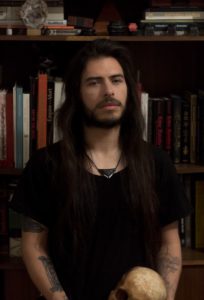 “Art” is such a nebulous term. We throw it around almost daily to describe a seemingly endless range of things. No two people seem to have the same definition, and we are curious to know yours. Give us the COLD POISON theories on art?

I think that by definition, art is something that requires skill to be created, that is literally what art meant in the origin of its conception or the ars-tecnique.

Actually, there’s no universal established definition of what the term Art could be and I am very thankful for that; there’s certainly several interpretations and limitations when one tries to fit such a complex term in a box.

For me at least, art is a way of creating knowledge. It goes beyond the aesthetics (which is one very superficial way of experiencing art) and systematically tries to bond ourselves with something beyond our physical limitations. We already know that what we call “reality” is merely an illusion transmitted to us by our brains. We are experiencing a very limited spectrum of what we are and what we can be. I think this is one of the major flaws of thinking by scientific means only. There’s much more that can’t be explained or measured by science and probably never will. 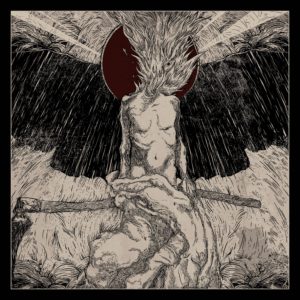 I think art is in some way a tool for expanding our perception and thus creating new information through the experience of art itself. People often like to romanticize what art is. They like to say  that “art is universal” or that “art makes them feel something”, and I truly disagree. If I wanted to “feel good” I would much rather watch a movie by Bergman or read a book by Plath (which in their own terms can also be classified as art, but this is a topic of discussion for other day). It is possible that art is our closest and most accessible way of experiencing divine illumination. We cannot see or experience what the artist wanted to “say” but we can try to decode and interpolate what we want into a piece of art. That should ideally create a new mind setting. A spark of light into our mind. A glimpse into what lies beyond the human perception. And that for me is probably the meaning of art.

Your work appears directly at the intersection of spirit and aesthetic. Artists of all sorts pay lip service to this concept, but COLD POISON seems to live and breathe it. How do the two concepts weave together in your mind? 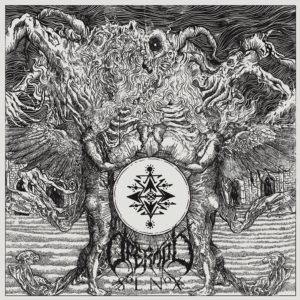 This relates a lot with my past answer, but I think I can elaborate on the topic a bit. I think that most of the time I try to achieve a piece that is right in the middle of both and that is probably not what every artist would want (take abstract expressionism as an example). I tend to go -in semiotic terminology- for an iconic approach that gives meaning by linking indexical signs within the piece.

I honestly don’t think that my work often hits the spot while trying to achieve this, there’s a few examples of my work (which I would not like to enter in details) where genuinely the client asked me to “throw some sigils there” just to make it look “cool and occult” (?) and I found those experiences both disappointing and frustrating. 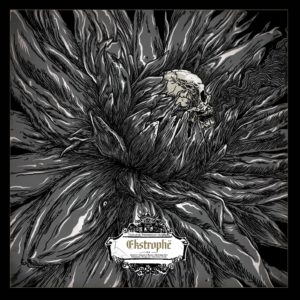 Most of the time I throw some personal interpretations into what the client asked me because I think of myself as a filter for their thoughts…not that I decide what I like or not, but more like a sorter of concepts that can make sense into a visual piece. I honestly don’t know how do I sort this in my mind, it just works and I don’t think I’ve ever asked myself how the hell all of this makes sense in a final piece. Maybe is just intuition or some kind of sensible skill.

Most would know you as an artist working within the black/death metal paradigm. Can you choose one of your personal favorite pieces from your body of work and tell us about what went into conceptualizing and creating it?

This is a very hard question to be honest, I think I should have [to clearly define the term] “favorite”,  but to name a few that come to mind in a hearbeat are: Fides Inversa – Mysterium Tremendum et Fascinans, Auroch – Mute Books and Shaarimoth – Temple of the Adversarial Fire. 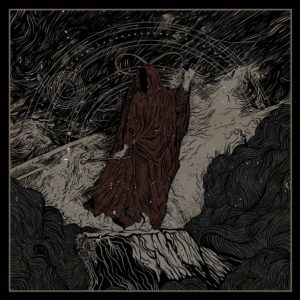 All of them were very ambitious projects that took months to materialize, the first two feature different cover artwork and aesthetics for each format. Most of the illustrations are ink work which is probably one of if not my favourite mediums to work with. I like to also think that I can call myself friends with Shawn and Seb from Auroch, G. from Fides Inversa and R. from Shaarimoth. It all seems to work flawlessly when I am given total freedom into what I do. I really like to establish a link between the band members and me, and if we can achieve a friendship out of that it just makes it all much more fulfilling.

Take us through your creative process if you can. Where does your inspiration come from?

It would be easier to ask me where does it NOT come from. I actually find inspiration in almost everything: authors like Goethe, Juan Rulfo, Michael Ende, Camus, Woolf, Alan Moore and some other stuff like Marvel Comics, videogames, popular culture, anime. 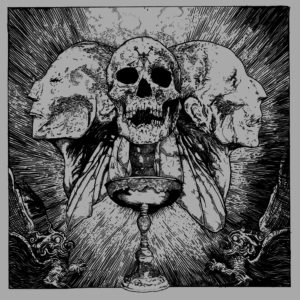 I truly think I mostly find inspiration in what we call “classical” art, but recently I’ve been very interested in the works of Willem de Kooning, Robert Crumb’s hatred and sexual predatorism, Hieronymus Bosch’s fantastic and almost nonsensical imagery, Ingmar Bergman’s flawless photography,  Albrecht Durer mesmerizing engravings, Rothko’s psychedelic explorations, Ann Raindhart’s discipline, and many, many more. I like the idea that my brain is becoming an ugly amalgam of references, images, and artists. 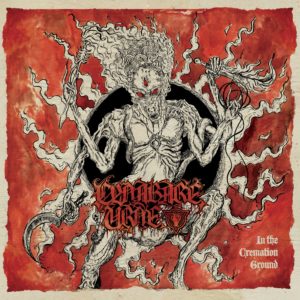 There’s just too much to be inspired by and I found myself surprised when I realized I was projecting my own experiences into my work. That is a new one for me.

When a band or artist approaches you for your services how do you then turn audio in visuals?

Before even approaching the lyrics and concepts behind an album, I like to listen to the audio. There’s some kind of mental activity that allows me to imagine a visual setting after hearing the music…I think it’s called synesthesia; and while I can’t “see” colors I can very clearly imagine what music can look like. 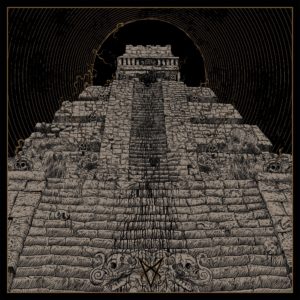 I am an artist who doesn’t really sketch to be honest. 90% of my works are straightforward drawings I started without any kind of preparation beyond a mental idea of how to develop the piece. I kind of like this, but sometimes when the pieces are rejected is a bit of a waste of time and effort and becomes a bit frustrating.

In connecting yourself to your art, you’ve always seemed to take great enjoyment in making it, rather than just going through a process. What pieces were specifically the most meditative- in the sense of being SATISFYING to the spirit and intellect- to create, and which pieces were the most satisfying to the senses- as in “entertaining”- to create? 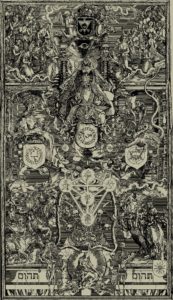 As probably expected, “The Devil’s Arch” was one of the pieces I very much enjoyed in both ways, but of course pieces like Occultus “Nuctemeron” cover artwork and layout, Mitochondrion “Through Cosmic Gaze” cover artwork, the recently released Ekstrophe compilation, Vassafor “Maledicition” cover artwork …

All of them proved to be challenging in terms of execution, but also the result was quite satisfying to me. [So much so,] that I come back to them often to see what I am capable of and what I still need to achieve personally. Going through my files since 2008 and realizing I’ve been doing for this for 10 years has showed me a lot of progress, and a lot more mistakes and goals to achieve as an artist and as a spiritual person as well. The past is alive and is still pretty much paving the way for what is yet to come. I am honestly very excited to see what comes next and truly anxious to show the world the latest works I’ve been working on for the past months. 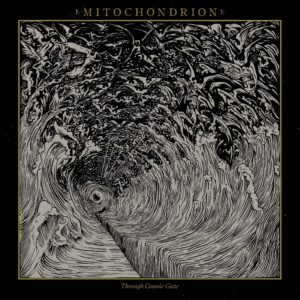 Cold Poison/Antithesis has been providing transcendental artwork for the Covenant circle for years. It is a partnership that extends beyond artwork and music. We are honoured to present this interview!