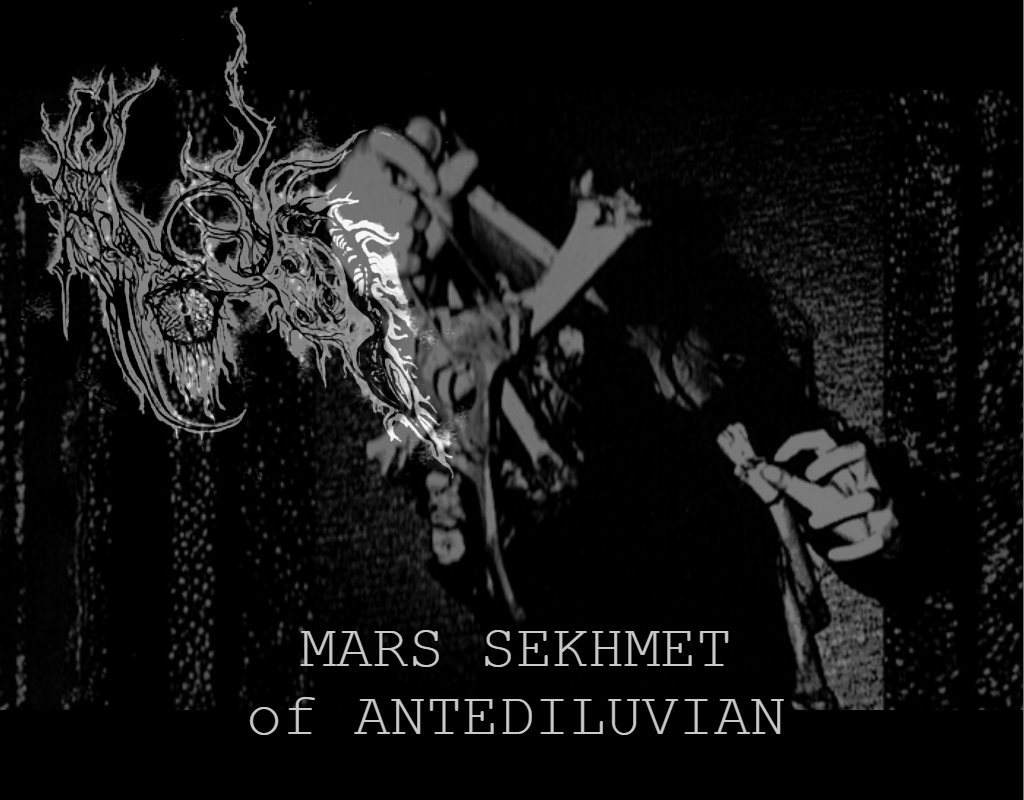 In the heavily saturated world of extreme music, it’s easy for artists to fall within existing lines and hope that they’re exceptional. However, those that truly experiment within the genre have given prolific listeners a chance to be challenged and drawn in by sounds that don’t feel the need to follow the formulas determined by people before them, allowing for more acute attention to atmosphere and the conveyance of the less tangible.

In the case of Edmonton’s Antediluvian, what is conveyed in their music is to become smothered by something amorphous and inescapable – the sounds of something being unwillingly ripped from another plane of existence. Made up of a core of two members (Haasiophis on vocals and guitar and drummer Mars Sekhmet), Antediluvian first achieved recognition in underground circles with a series of self-released demos. The simple and relentless drums prepare the ground for primitive vocals and disorienting guitar work that lays somewhere between old school death and black metal, while rejecting any clear structural confines.

“Several events coincided that made the birth of Antediluvian possible,” says Mars. “I was emerging from a period of a few years where I spent almost all of my waking hours by myself. Before Antediluvian, I only had interest in working on solo projects. I had decided I would finally learn to play the drums. I connected with Haasiophis exactly during a time period where his previous project was starting to fall apart, and the two of us played together within the first few weeks of me learning drums. He had ideas for a new project that formed the conceptual basis of Antediluvian, but I don’t think he had any expectations that someone just learning drums would be appropriate for that vision until we actually started playing together. Our first demo was released only a couple months later.”

The development of the band into what it is today is clear over the chronology of their work. From their first demos, to full-length Through the Cervix of Hawaah, to λόγος and their most recent EP Septentrional Theophany, the pieces and ideas that make up the project seem to amalgamate with each release. “Haasiophis and I are still the core members of the band. Antediluvian exists only with our combined forces,” says Mars. “Throughout the project, the two of us have done almost all of the song writing. I would not say that it has been confining artistically. If anything, I think it’s the opposite: because we have very different interests and ideas, and are both creative and driven people, we can sometimes be opposing forces. But with only two of us, we manage to create something with minimal compromise. At first, Haasiophis did most of the writing and conceptual framework. But through my birth as a drummer into this project I grew to have my own style, which I am always pushing for in the band. These factors together have caused Antediluvian to become something neither of us anticipated or planned.” 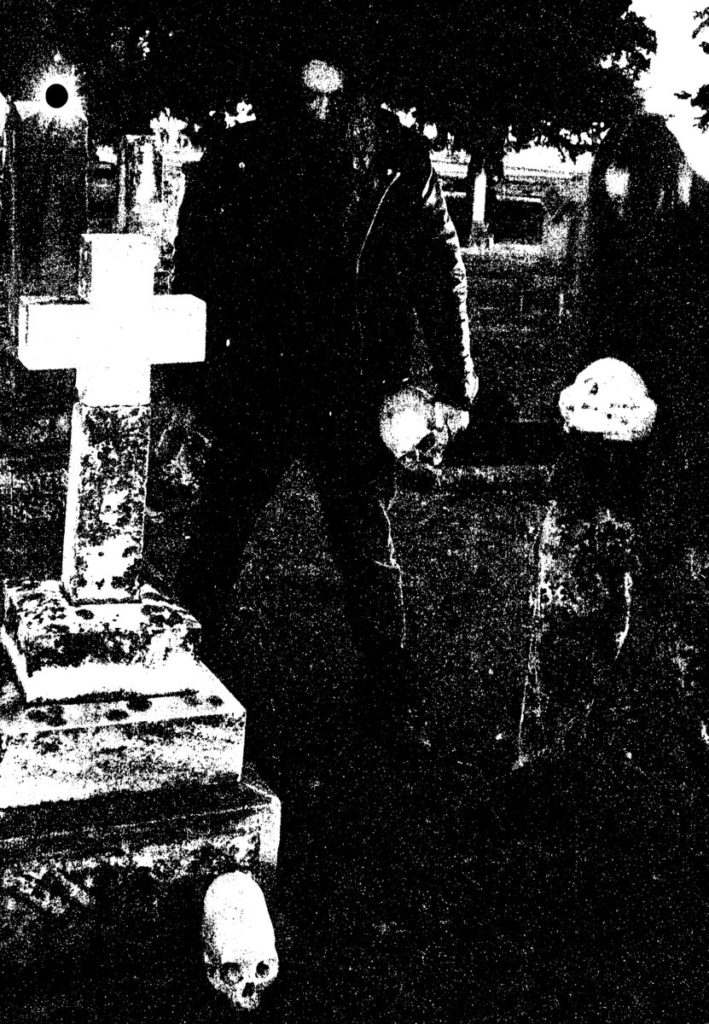 When asked whether the chaotic nature of their songwriting is spontaneous or an artistically conscious decision, Mars replies: “Both, or neither, depending on how you look at it. We are obviously consciously aware of it, as we struggle to master each song. We never outlined consciously how to write an Antediluvian song, but at the same time, when I write, I am writing specifically for Antediluvian. And that does involve always pushing the material to surprise me, so that it doesn’t become formulaic.”

Much like the music itself, their lyrical work evokes imagery of a perverse and deranged universe. A current of cosmic and protocanonical biblical themes run throughout, calling back to the era that is their namesake and shine a harsh light on the unlit parts of our mind that we might only experience during a fever dream. “I think what makes this band work is that there is a shared connection in the interest of exploring the unconscious mind. Specifically, we explore the way we, as humans, experience and evaluate the world in a way that is very detached from the moral guise of normal life. It focuses on the biological part of being human that has not changed much since antediluvian times. Outside of the realm of metal, people typically know me as a scientist. There too, I focus on the biological aspects of what it means to be human. And as someone who does art and science very seriously, I know that the two are highly connected. Antediluvian is an artistic exploration of our understanding of the human experience,” she says. “I am not involved in writing the lyrical content of Antediluvian. If I did, the underlying themes would be the same, but the form would be slightly different. Haasiophis has always been fascinated with the parallels in religious thinking across cultures.”

Their approach to art is holistic, with live shows, artwork, and lyrics all acting as parts of the bigger picture that is Antediluvian, rather than being afterthoughts to the sound they create. Taking in the band as a whole, one gets the impression that every part must exist simultaneously – almost like a living organism. “Take for example the Septentrional Theophany EP,” says Mars. “I wrote all the music for this EP, Haasophis created the artwork, and Jason Campbell wrote the lyrics. Despite the very modular roles we played, the EP came together in a way that is very unified.” She continues, “I think intertwining music, art, and personal philosophy isn’t really about responsibility, but about listening and studying your own work. In that sense, I resonate with the whole ‘black metal is serious’ thing. Putting on a show only works if you fully embody your own creation.”

Witness the primordial chaos lurch forth from a period of great dormancy as Antediluvian headlines Friday July 5th at Covenant Festival V in Vancouver, BC.